The sequel to the 2020 MMFF boys’ love hit, The Boy Foretold by the Stars is a sweet melancholy that hits squarely in the heart. 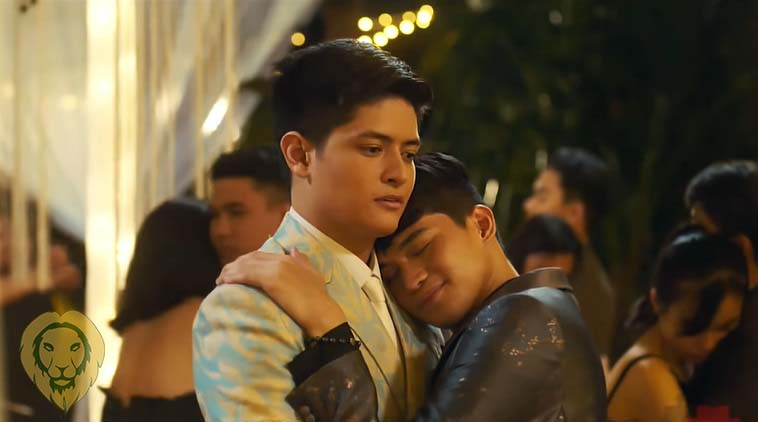 Premise: Dominic and Luke try to navigate their relationship in an environment that would be soon too hostile for them to confront together

Watch it on: iWantTFC, tfc.tv

The continuation of Dominic (Lindayag) and Luke’s (Johnson) prophesied romance continues in this bittersweet sequel, that can either deliver intense happiness or devastating heartbreak. Those who have seen the full trailer of this six-episode mini-series should be somewhat prepared to take sentimental blows, but no one knows just yet whether our main couple’s fairytale love affair, will have its happy ending.

Everything seems to be going fine with Dom and Luke–at least in the pilot episode. They both have a mutual understanding of what they are and where their relationship is currently in, following their fated ‘kissing scene’ at the field. Now Dom is being teased by his loud gay friends about what the real score between him and Luke is, and he just provides mostly safe answers. But when Luke finally asks him to be his date at their upcoming prom ball, Dom knows they have elevated their relationship a level higher. They are now officially in a relationship.

But then there is a third party, as Baby R’s (Iya Minah) tarot cards suggest.

The tarot reader who is meeting ‘the boy foretold by the stars‘ here, for the first time, is now employed by a mountain resort as its resident fortune-teller. This time, she reads what the stars are saying for the new love birds’ fate; and there she finds someone, or something, that may come between them.

The biggest crux in Dominic and Luke’s relationship is the setting where their love story takes place. That may be the ‘third party’ Baby R’s readings may be referring to, but it could also be Vaugnn Piczon’s character, Gio, whose flirty advances to Dominic, would make Luke get jealous for the first time.

Will Gio’s entry into their lives become their relationship’s biggest threat? The remaining five episodes are yet to give a confirmation.

There is enormous chemistry that Lindayag and Johnson can create with Dom and Luke. It’s a pretty picture that makes audiences perpetually root for both of them, despite knowing their relationship would be rocky soon.

Love Beneath the Stars now streams on iWantTFC for free. Watch the official trailer below: