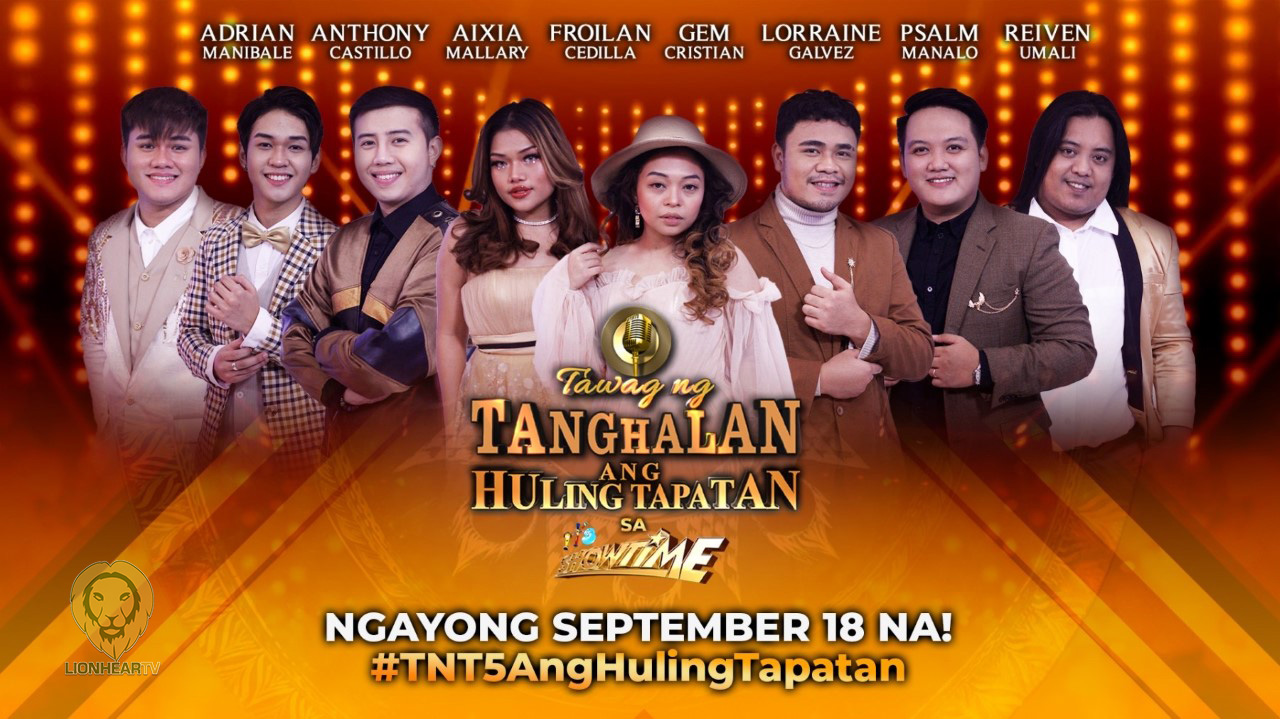 The new champion will win P1 million, a brand new house and lot from Camella worth P2.3 million, a recording contract with ABS-CBN Music, a management contract under Star Magic’s Polaris, and a trophy designed by Toym Imao.

During the first round, the finalists are set to showcase their chosen ‘pangmalakasang’ song. At the end, only the three finalists with the highest scores from the judges will move on to the last round.

Like the past ‘Huling Tapatan,’ the three remaining finalists will perform a medley of their musical influences. Compared to the first round, half of the scores of the contestants will come from the votes of the viewers. The finalist who garners the highest combined scores from the judges’ scores and votes from the madlang people will take home the fifth “TNT” grand champion title.

Who among the eight finalists will prevail? Don’t miss the intense battle in the ‘Huling Tapatan’ of “Tawag sa Tanghalan” on “It’s Showtime” on A2Z channel on free TV and digital TV boxes, Kapamilya Channel on cable and satellite TV, Kapamilya Online Live on ABS-CBN Entertainment’s YouTube channel and Facebook page, and on the iWantTFC app (iOs and Android) and on iwanttfc.com. Viewers outside of the Philippines can also catch it on The Filipino Channel on cable and IPTV.