ABS-CBN’s “Kapamilya YOUniverse” on YouTube continues to expand as it introduces more brand new shows that are exclusively available on its YouTube channels, such as a special docu drama series on “MMK,” “It’s Showtime Online Access,” “Chikatitas,” and “The Music Room.” 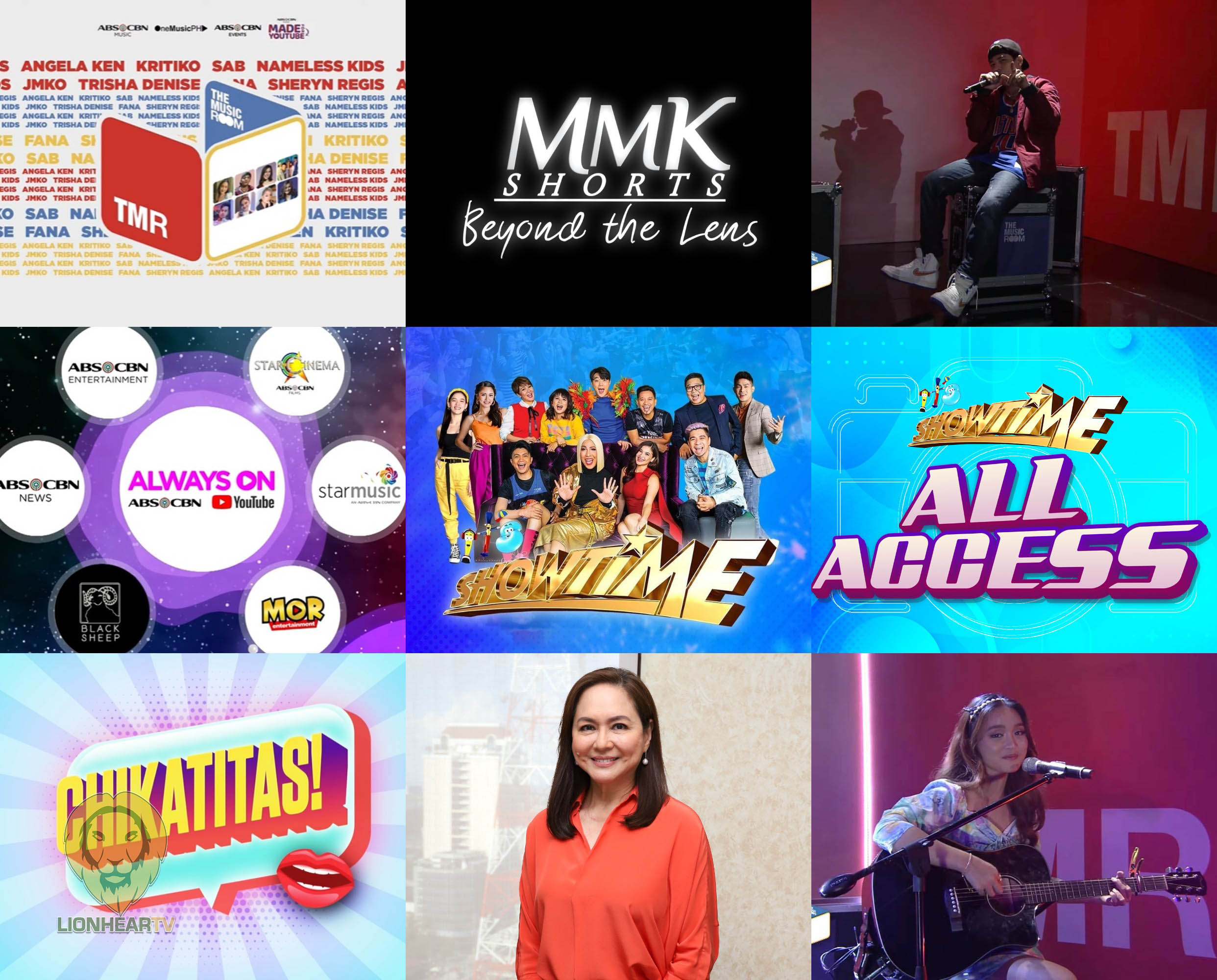 Charo Santos celebrates 30 years of chronicling extraordinary real-life stories of Filipinos with “MMK Shorts: Beyond the Lens,” which will uncover the previously unseen feats of the letter senders whose stories are featured in some of the most memorable episodes of the show. Charo also reunites with and interviews the stars of these episodes and the letter-senders behind each story.

Solid Showtimers, meanwhile, can hang out virtually with their favorite lunch buddies by watching “It’s Showtime All Access,” a supplementary digital companion to the noontime program’s daily live shows. With new episodes dropping from Mondays to Fridays starting September 20 at 5 PM on ABS-CBN Entertainment’s YouTube channel, it is a behind-the-scenes showcase of the fun and lighthearted moments involving everyone in the show – from the hosts, to the guests and its staff.

Showbiz fans can also tune in to “Chikatitas,” their new go-to show for the latest in entertainment, every Wednesday and Sunday starting September 17 at 7 PM. In this ultimate “chikahan,” anonymous titas provide a roundup of the hottest showbiz news and bravely weigh in on the top stories that are trending online.

“MMK Shorts: Beyond the Lens,” “It’s Showtime All Access,” “Chikatitas,” and “The Music Room” are the newest “Made for YouTube” titles under the newly launched “Kapamilya YOUniverse,” which promises to stream the best in entertainment, music, film, and news via the coming together of its various YouTube channels.