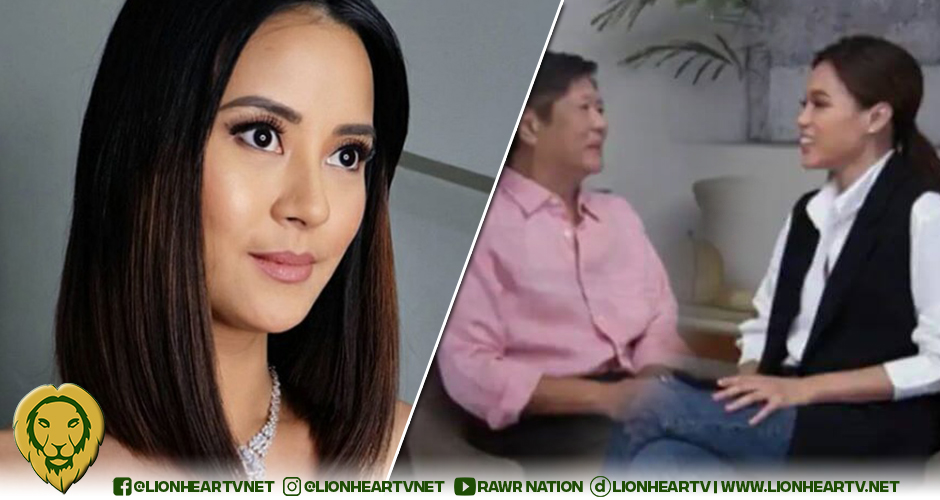 “Many of you have been tagging me. My stand has always, ever since, been very public: #NeverForget and #NeverAgain. I might have even seen some of you out at the rallies.”

She then revealed that she chose to reach out to Gonzaga privately instead of calling her out.

“I’ve gotten messages asking, “Bakit tahimik ka sa issue??” As a friend, I choose to reach out privately and dialogue respectfully, instead of ‘call out’ publicly.”

Gonzaga then clarified that even family and friends have different views when it comes to social issues.

“Because for me, that is what a true friend would do. Even family and friends can have different views. My friends know that my stand has always been #MarcosNotAHero, and I will continue to be vocal and share my stand.”

Gonzaga and Gonzalez have been close friends over the years, especially during their hosting stint in ABS-CBN’s reality TV show, Pinoy Big Brother.

Despite their friendship, Gonzalez is known for her vocal stand on social issues, especially with Martial Law.

Earlier, Gonzaga came under fire from netizens after her interview with Senator Bongbong Marcos. She even received an open letter from Ateneo de Manila’s Martial Law Museum detailing everything that went wrong with her interview.