Despite the challenges of the pandemic, in the Philippines, gaming continues to thrive as a major source of leisure and entertainment with its strong youth appeal and generally easy accessibility. Global smart device brand OPPO began its venture into the local esports scene earlier this year by sponsoring some of the biggest mobile gaming tournaments in the country, in collaboration with leading esports authority Mineski Philippines. With the second half of 2021 now underway, gaming enthusiasts can look forward to a variety of exciting tournaments, fan engagement activities, and community-building efforts from OPPO. 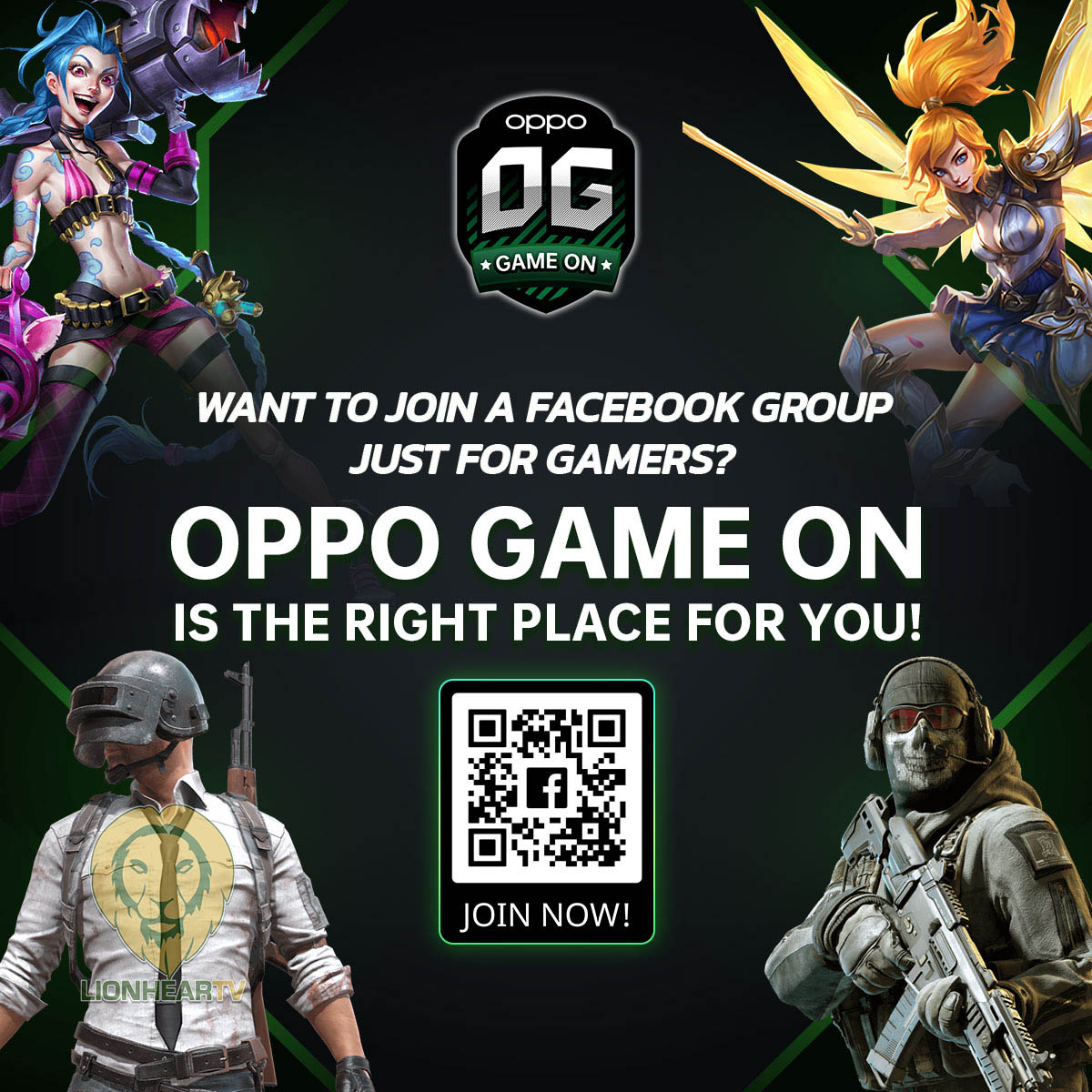 “OPPO has seen how the esports and gaming scene continuously thrives despite the limitations brought about by this global health crisis. More Filipinos have picked up mobile gaming as a hobby and have been following mobile gaming tournaments such as the on-going MPL Season 8 tourney. With the growth in popularity of mobile gaming, we are committed to continuously support the mobile gaming industry and provide products that would enhance the mobile gaming experience of our users” said OPPO Philippines Vice President for National Sales, Zen Han.

Keep up with everything esports with OPPO Esports News Updates

The OPPO Esports News Updates is a monthly newscast for the gaming community to catch up on the latest news and scoops from the world of esports, including highlights of the biggest tournaments and grassroot programs. The 10-15 minute show is hosted by popular casters such as Uomi, Asurai, and Renmar the Reptar, to name a few. As an added bonus, there are giveaways done throughout the show for the viewers to participate in.

According to Han, this effort is one way to prove that the esports and gaming community in the Philippines is getting bigger and bigger. It is important that Filipino gaming enthusiasts are kept in the radar to feel and have a sense of belongingness and ownership of the community they chose to thrive in, such as being part of a dedicated Facebook group with fellow enthusiasts to interact, engage, play games, and share ideas with.

The OPPO Game On Community is a private online group made exclusively for mobile gamers, watchers, and streamers. It is a safe space for professionals and casuals to come together and share in their joy of esports together. Perks include the chance to join the group’s private Community Cup tournaments, promote their own live streams, stay updated with the latest trends, and all in all, just meet and interact with fellow enthusiasts and like-minded individuals, and even their favorite streamers.

Currently, the group is hosting a Community Cup tournament for Mobile Legends: Bang Bang (MLBB) with up to Php150,000 worth of prizes up for grabs. Viewers can also take home exclusive OPPO x MLBB merchandise or Php 500 worth of in-game currency. Also in the pipeline are bi-weekly MLBB and League of Legends Wild Rift livestreams that community members can be a part of, featuring some of the hottest names in gaming today such as Onyx.Shai, Isabaecon, Dannica Suazo, Racy Oliva, Kang Dupet, Kaisaya, Jillian Santos, Charess, Newspade, and Mirmoooo.

“Mineski Philippines commends OPPO for their continued support for the gaming community, offering world-class mobile phones for both professional and casual gamers. Looking ahead to the rest of the year, we are excited to deliver new event concepts and fan engagement activities that will elevate the gaming experiences of Filipinos, in the comforts of their own home,” said Mark Navarro, Country Manager of Mineski Philippines.

Have a blast with the OPPO Monthly Super Cup

The OPPO Monthly Super Cup, powered by Mineski Philippines, is a monthly tournament made especially for casual gamers. Played through the Compete Mode of Lyka Games, this competition features four teams who are drafted (four players per side) and pitted against one another in OPPO Blast – a mini mobile game designed by Mineski Philippines. More OPPO-skinned games are coming your way! For more details, please visit the official Lyka Games Facebook page.

Game on with the new #OPPOReno6 Series

Recently launched OPPO Reno6 Series, headlined by the country’s most-loved celebrities James Reid and Nadine Lustre, is tailored-fit for both phoneography and mobile gaming. Boasting a sleek and striking design and 6.43” screen display, it is powered by an octa-core MediaTek Dimensity 800U SoC for Reno6 Z 5G and MediaTek Dimensity 900 for Reno6 5G, both capable of 5G connectivity and supported with 8GB RAM + 128GB of ROM. 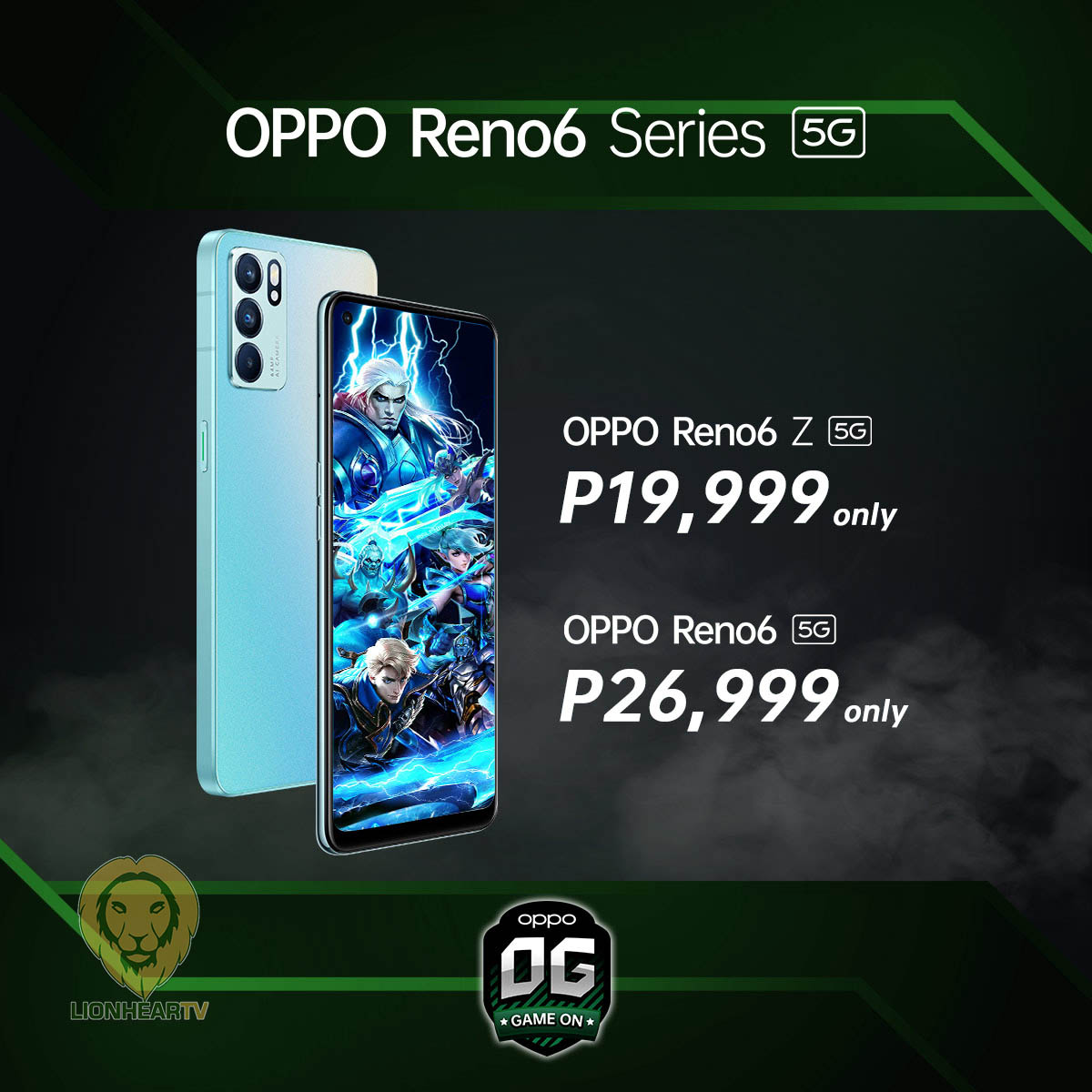 Unique features made specifically for the gamer in you include Game Assistant with a Game Focus Mode, Bullet Notifications, and a Quick StartUp to make sure you’re always game on. These smart AI gaming features will keep you free from interruptions, lags, and other hurdles common to mobile gaming.

Stay tuned for more updates on OPPO’s esports activities for 2021! You can also catch OPPO during Season 8 of Mobile Legends Professional League, as well as in partner activities with the Youth Esports Program, Philippine Pro Gaming League, and Weeknight Showdown. For more information, visit the official OPPO Philippines Facebook page and join the OPPO Game On Philippines Facebook Group.