The Kapuso family is continuously growing as the network recently welcomed a roster of new Kapuso transferees. 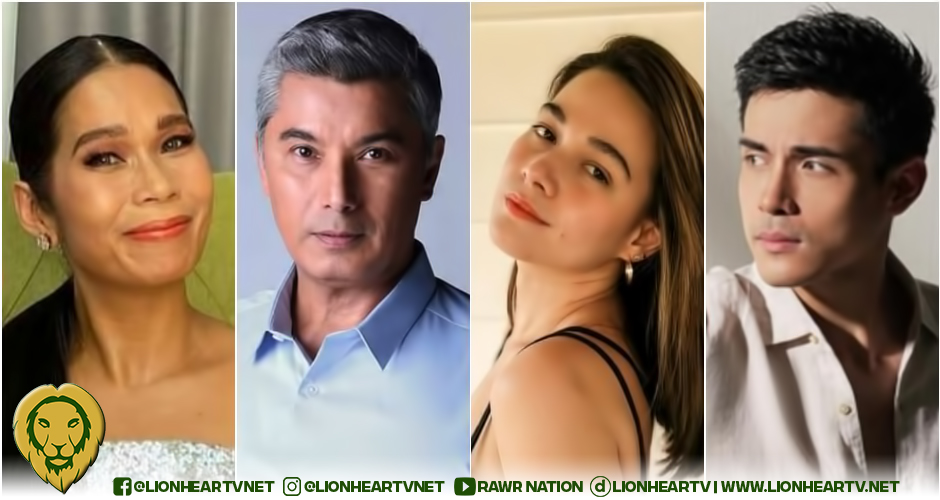 Xian Lim officially announced his transfer to the GMA network on August 2021 during his interview on ’24 Oras’ with Lhar Santiago.

Regarding his upcoming series with the GMA network, the actor said that he is excited about it.

The actress previously said that she’s interested in doing fantaseryes as well as controversial teleseryes to which the Kapuso network is mostly known for.

“Mulawin, napapanood ko ‘yan and I remember there was a time na very controversial ‘yung material niya (GMA Network) which is My Husband’s Lover and inabangan namin ‘yan so maybe something like that. Something a bit controversial. Parang ‘yung magpu-push ng boundaries,” said Alonzo during the Zoom conference for her grand Kapuso welcome

She is set to star in the Philippine adaptation of A Moment to Remember with Alden Richards, and filming will start this October.

Lim and Alonzo were both came from the ABS-CBN network.

Aside from the two, other Kapamilya artists have already transferred to the GMA network, such as Beauty Gonzalez, Albert Martinez, Richard Yap, Khalil Ramos, and Pokwang.

She first appeared on the TV5 series I Got You, before confirming her shift to GMA Network in June.

Albert Martinez was a Kapamilya for about 16 years before he returned to the GMA network in 2021.

He joined the GMA network to be a part of the series Las Hermanas. He also stars in the film The Housemaid with former Miss International 2016 Kylie Versoza.

Richard Yap became a Kapuso in December 2020. He is best known for his Kapamilya series with Jodi Sta. Maria titled Be Careful with My Heart (2012).

He appears on the upcoming Kapuso drama, I Left My Heart in Sorsogon, which stars Heart Evangelista.

Khalil Ramos officially started his journey as a Kapuso in October 2020 after signing an exclusive management contract with GMA Artist Center.

During the actor’s press conference for his grand launch as a Kapuso, he revealed that his girlfriend, actress Gabbi Garcia was one of the reasons for his network transfer.

Ramos also revealed that the GMA Artist Center approached him from January to February 2020.

Comedienne Pokwang departed from ABS-CBN in August 2020 to do Chika, Besh, and Fill in the Bank on TV5.

Following the cancellation of her shows on TV5, Pokwang then signed with the GMA network in June 2021.

She is currently a part of Kapuso sitcom Pepito Manaloto: Ang Unang Kuwento.

Kapamilyas switching networks became more prominent as the ABS-CBN network currently has no franchise after Congress denied its franchise application back in July 2020.

Aside from artists, ABS-CBN’s pioneering star-builder, Johnny “Mr. M” Manahan, also made his transfer to the GMA network.

He was introduced to GMA Artist Center as a consultant in July 2021.

Prior to being with the Kapuso network, Mr. M signed up as a Production Consultant with Brightlight Productions, where he handled two variety shows: the daily noontime show Lunch Out Loud and the now-defunct Sunday noontime musical variety show Sunday Noontime Live!