Gretchen Barretto has mastered the holding of a rooster; she has become more open in her cockfighting career. 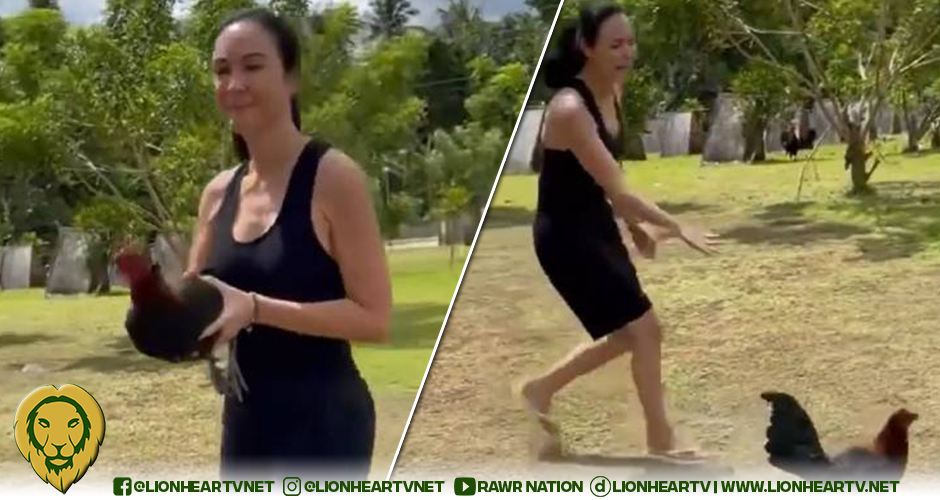 Barretto made the rounds on social media when a video of her catching a rooster or a cock. People said that the actress is now a master of the said act.

On her Instagram post on Saturday, September 18, she shared a video of herself casually catching a rooster. The actress seemed to be having a good time as she even sang to the rooster.

With the hashtag #pitmaster, the actress posted:

To recall, Barretto also made the headlines when she was seen in a cockfighting event with Atong Ang.

Ang is known in the cockfighting industry as he owns an ‘e-sabong’ called Pitmasters Live.

The clip was from the Matira Matibay 12-Stag Derby (4 Stag Prelims) of GAPP-Cavite on July 31.

Barretto’s debut in cockfighting, away from her classy personality, has drawn reactions from netizens. Most of them were surprised to see her in such a game.

The older Barretto sister is from the prominent showbiz Barretto clan.

Before she did sexy and more serious roles in Seiko Films, Barretto was Regal Baby along with Janice de Belen and Nadia Montenegro via 14 Going Steady (1984)

In 1994, she stood as a witness for the Metro Manila Film Festival fiasco of the same year, which involved Lolit Solis, Gabby Concepcion, and Ruffa Gutierrez.

Her last TV appearance was in 2013 via the ABS-CBN series Huwag Ka Lang Mawawala for a ‘special role.’