Amid the network transfer rumors, Lovi Poe became emotional on her social media account as she posted about efforts and love being unreturned.

Via Instagram stories, Poe shared a cryptic post, quoting the lyrics from Adele’s song Right as Rain. She cited the lines with the album cover of the song:

“Cause when hard work don’t pay off and I’m tired. I’ve cried my heart out and now I’ve had enough of.”

Poe is still silent over the allegations of rumored network transfer from the Kapuso to Kapamilya Network.

Allegations of her leaving the Kapuso network have spread when she did not renew her contract with her home Network when it expired in July 2021. 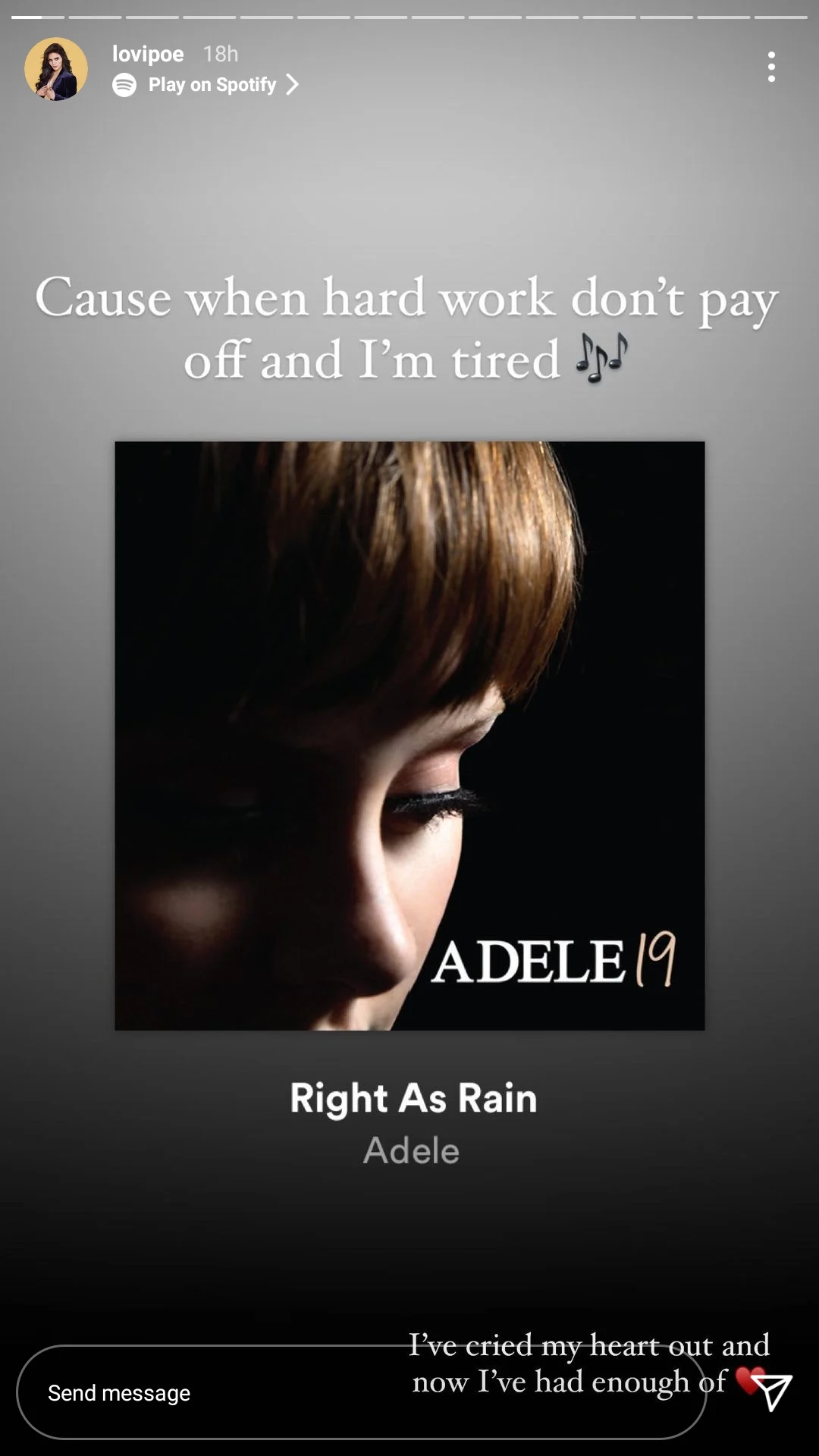 In July 2021, when asked if she will transfer to the Kapamilya network, Poe remained on neutral grounds.

“Right now, it’s hard to say. Everything is under negotiations. I’ve just finished my show. We’re still having the conversation.

“Ako naman po kasi, I’m always open to working with anybody. To grow as an artist, I don’t think you’re supposed to box or keep yourself like just doing the same or working with the same people over and over again.

“I think it’s best to keep it private because I don’t want to be… I want to respect both networks,” she confessed.

Poe is the daughter of the late action star and King of Philippine Movies Fernando Poe Jr. She is popularly known for being part of Bakekang (2006) and Ang Dalawang Mrs. Real (2014).

At the 2010 Cinemalaya Independent Film Festival, she bagged the award for Best Actress for the film Mayohan.

In the same year, she was awarded the FAMAS Best Actress for her role Sagrada Familia (2009).