Without a doubt, 2021 seems to be a great year for Balcony Entertainment’s pop superstar Maris Racal. Her single “Ate Sandali” – as of this writing – has more than 32 million views on worldwide video-sharing app Tiktok, and nearly 100,000 video uploads from users from all walks of life: casual listeners, die-hard fans, and even Olympic figure skaters and beauty queens. And it’s still enjoying massive radio airplay nationwide, and on a steady trajectory of climbing the charts even as of this writing. 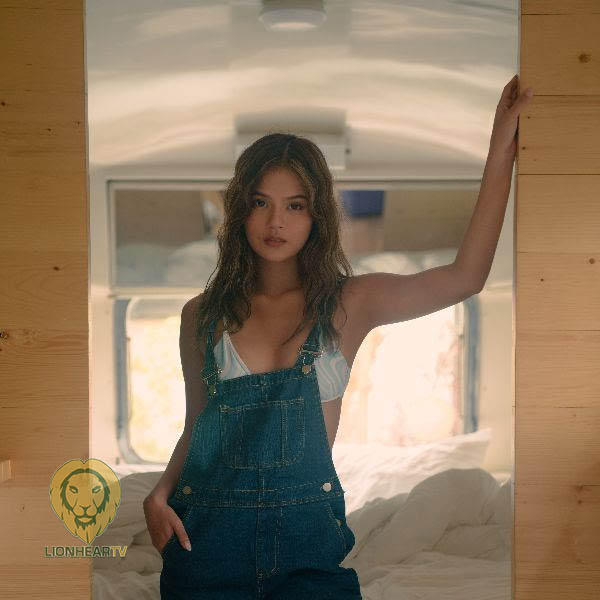 So, it is a welcome surprise that Racal and her Balcony Entertainment family are releasing an all-new follow-up single “Asa Naman,” which officially drops today, September 15th on all digital music platforms.

Produced and co-written by Rico Blanco, “Asa Naman” is stylistically more of a driving pop/rock ditty (compared to her previous single’s more modern, electro-pop vibe…), oozing-with driving beats and rhythms, ultra-catchy hooks and still, with trademark layers of synths electronic, while still being able to retain the sense of musical adventurousness.

Most notably, it is also a homage to Racal’s Bisaya roots, as the proud Tagum City native shares.

“It all started when Rico suggested I write an entire song in Bisaya,” Maris recounts, when asked to describe the new track which fuses both Tagalog and Bisaya words effortlessly. “It was appealing to me of course, but I was also worried that not everyone would understand it, so after a fair share of discussions (and even debates…), I decided that the verses would be in Tagalog and that the choruses would be in Bisaya – I already had a few lines to the chorus: ‘Asa naman / kakaron / kadugay ba sa puhon’ which means ‘where are you now/ and whatever happened to the promise you made?’ That’s all I had… but then one time, after coming home, Rico sent me a voice message that was a recording of a melody that he came up with and we both liked it, and from then-on, it inspired me to continue working on the song.”

Definitely a track that will have fans singing-along to its stadium-sized chorus and infectious melodies, it’s also a much more emotionally dynamic ditty that highlights more lyrical twists and turns, as Racal also adds: “It’s not just straight-up a song about hate and disappointment, but it also shows duality: in the sense that there’s still that level of hope in salvaging whatever there is in the relationship… how things are not as straightforward as we hope they could be.”

The scenic, playful and colorful music video for “Asa Naman” also dropped alongside the single simultaneously and was literally a two-man endeavor (due to restrictions brought about by the pandemic…) between Racal and Blanco – a perfect example of the couple’s creative chemistry and synergy. When asked about the experience working on the visual treat, Blanco shares: “Maris did everything from her own makeup, styling and production design, while I mainly took care of the shooting, lighting and editing,” and jokingly adds, “nakakapagod!”

Needless to say, “Asa Naman” is set not only to keep the proverbial ball rolling but is a track that will solidify her as one of the most versatile artists out there today. Truly, there is no stopping the rich, musical salvo that Maris Racal has in store for everyone this year (being the second single from an upcoming album…), and it’s obvious that she has found her comfortable stride in her Balcony Entertainment stable with her uncanny ability to churn-out hit-song-after-hit-song. Fans can expect nothing less than the absolute best and will have a blast enjoying the experience that is Maris Racal.