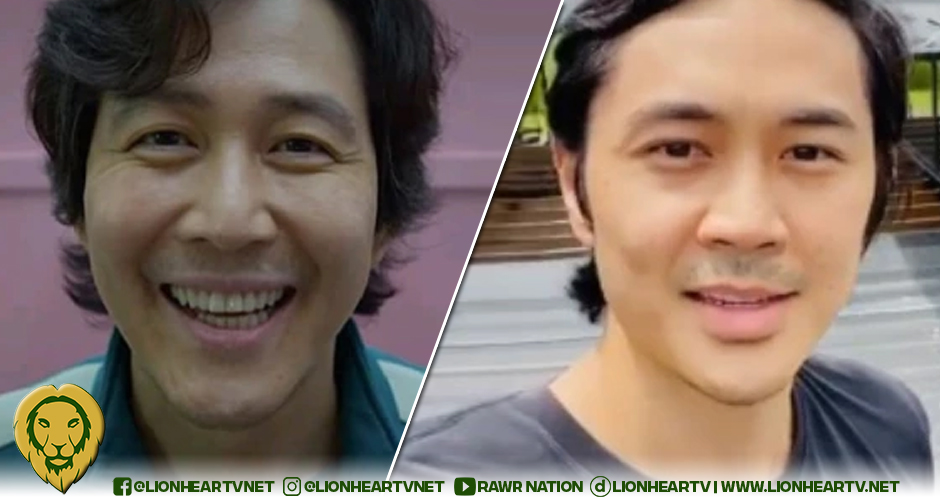 The 2021 Netflix series tells the story of individuals, who joined a survival game to win billions of cash as pot money.

They tagged Young on twitter along with the picture of Lee Jung-Jae saying, “Di mo kami maloloko Slater Young.”

Young retweeted this and even quipped that people should watch his new Netflix series.

didnt know slater young's one of the casts #squidgame pic.twitter.com/xC8clWxnpe

I’m so distracted by Gi-Hun from Squid Game. He looks like Slater Young HAHAHUHUHU weeeeelp

Rather than a Korean artist–netizens said that Poe has the similarities of the giant scary doll, as one of the key figures in the series.

The doll would signal players to stop and go during the Red Light, Green Light game in the first episode.

Poe found the resemblance to be funny as she retweeted a netizen’s post and managed to write, “HAHAHA.”

The photo showed Poe with the huge scary dolls wearing the same outfit in the same style and color.

ABS-CBN officially welcomed Lovi Poe in the network on September 15. She was previously with the GMA Network for about 15 years.

They compete by playing children’s games. It was too late to realize that losing the game means losing their lives.