Star Circle Quest (SCQ )couple Joross Gamboa and Roxanne Guinoo send fans into a ‘kilig’ frenzy as they sustained their irresistible chemistry on the second season of Hoy Love You. 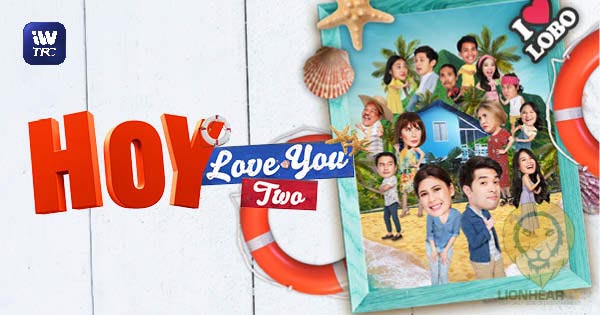 Premise: Newly-weds Marge and Marge face more serious problems as they navigate their married life with their step kids and relatives, and as they build better relationships with their in-laws.

Why You Should Watch It:

The magic of SCQ couple, JoRox—a portmanteau of the love team composed of Joross Gamboa and Roxanne Guinoo—continues in the sophomore season of Hoy Love You!’, which comes seven months after the first one. The debut of the new season on iWantTFC eclipses the airing of the maiden season on A2Z and Kapamilya Channel.

Still brimming with warmth and charm, the second season of Hoy Love You will keep its avid followers smitten with Marge (Guinoo) and Jules (Gamboa). The beautiful coastal sceneries of Lobo, Batangas still provide a scenic backdrop to our couple’s story, but the development in their story itself is this new season’s best attraction.

As newlyweds, Marge and Jules, face a new struggle as the challenges of their complicated relationships with their stepkids and in-laws become more apparent. Marge and her child with Richard (Dominic Ochoa), Charles (Aljon Mendoza) now live with Jules in his humble abode. The couple now has to navigate their lives living with their stepkids and in-laws. Jule’s mom, Malu (Keanna Reeves), and his daughter, JR (Brenna Garcia) both live with him, while Marge’s mother, Madam Elizabeth (Carmi Martin) lives in her mansion, which is practically next to Jule’s house.

The clash between the couple’s parents remains a comic spectacle, but Ochoa shares some of the best laugh-worthy moments, too. Complications of the blossoming teen romance between Charles and Kara (Karina Bautista) may likely put an end to their relationship, due to the strong opposition of her Lolo Bruno, played by this season’s newcomer, Lou Veloso. Jules’ chaotic but hilarious relationship with his friends, Tommy (Pepe Herrera), Bart (Yamyam Gucong), and Drew (TJ Valderrama) continue to draw chuckles, while Gamboa’s magic chemistry with Guinoo, is poised to deliver swoon-worthy moments to the audiences.

The second season of ‘Hoy Love You’ streams a new episode on iWantTFC every Saturday. Watch the official full trailer, below: