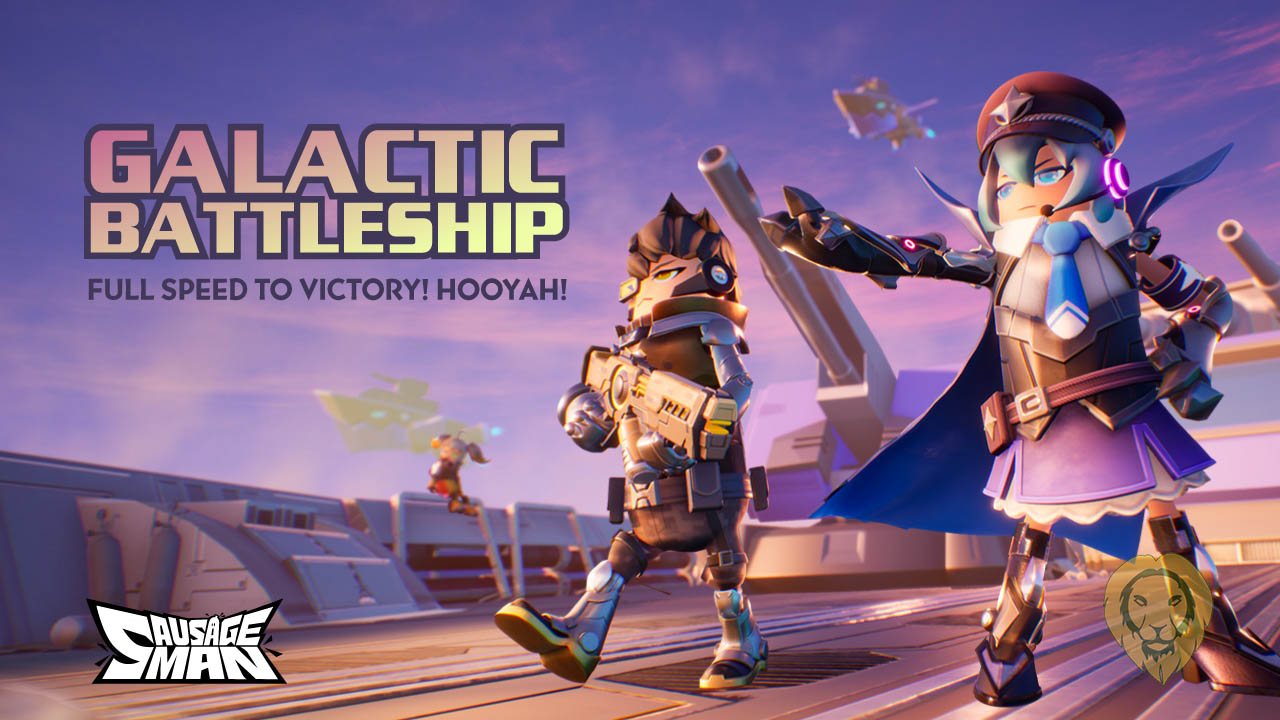 Joining the fray in Sausage Man are new skins and outfit sets from the motley crew of the Galactic Battleship. Dress up as the Galactic Commander herself, or her crewmates the Flight Pioneer, Robot Trooper, Mobile Pioneer, Battleship Logistics crew and Robot Mini Sausage, and be a part of this spacefaring team who forge new frontiers in their quest to boldly go where no Sausage has gone before!

Included in the update is a plethora of cutting-edge weapon skins straight from the Galactic Battleship’s armory. Atomize your foes with new skins for the AEMG energy weapon and SKS Galactic Guardian, or cut them down at close range with the P90 Energy Surge, KSG Guard, and Kriss Vector Hamster! Plus: Descend into combat in style with new Hamster Wheel or Mini Battleship skins for your gyroglider.

The Galactic Battleship T2 update also includes new Legend Cards that will unlock amazing new tactical options. The Flight Wings Legend Card lets you confuse the enemy with smoke clouds and hover in the skies, while the Orb Legend Card grants you extreme mobility as a hardy rolling sphere or a fast-flying rocketeer. Use both of each card’s abilities simultaneously for even crazier gameplay opportunities!

Finally, for Islanders who favor more intense, in-your-face combat, an all-new 2v2 Arcade Mode lets teams of two square off against a rival team for a more intimate style of Sausage combat that will test your ability to work together in close-quarters no-holds-barred combat. You’ll need to pair up with the right Sausage to form your own deadly duo.

The Galactic Battleship update is the first of many major updates coming to Sausage Man, which has taken the battle royale scene by storm since its 12 July soft-launch in Southeast Asia, with over 15 million downloads and 7 billion views of #SausageMan on TikTok. Aspiring players can join the action right now by downloading from TapTap and stay updated with new content info at the channels below.

The battle for dominance on Sausage Island is kicking into high gear. Full speed to victory! Hooyah!