The search for the next big Filipino gaming icon begins this weekend in “The Gaming House,” a reality show featuring up-and-coming gamers and content creators, which premieres on iWantTFC and Kapamilya Online Live on ABS-CBN Entertainment’s YouTube channel and Facebook page. 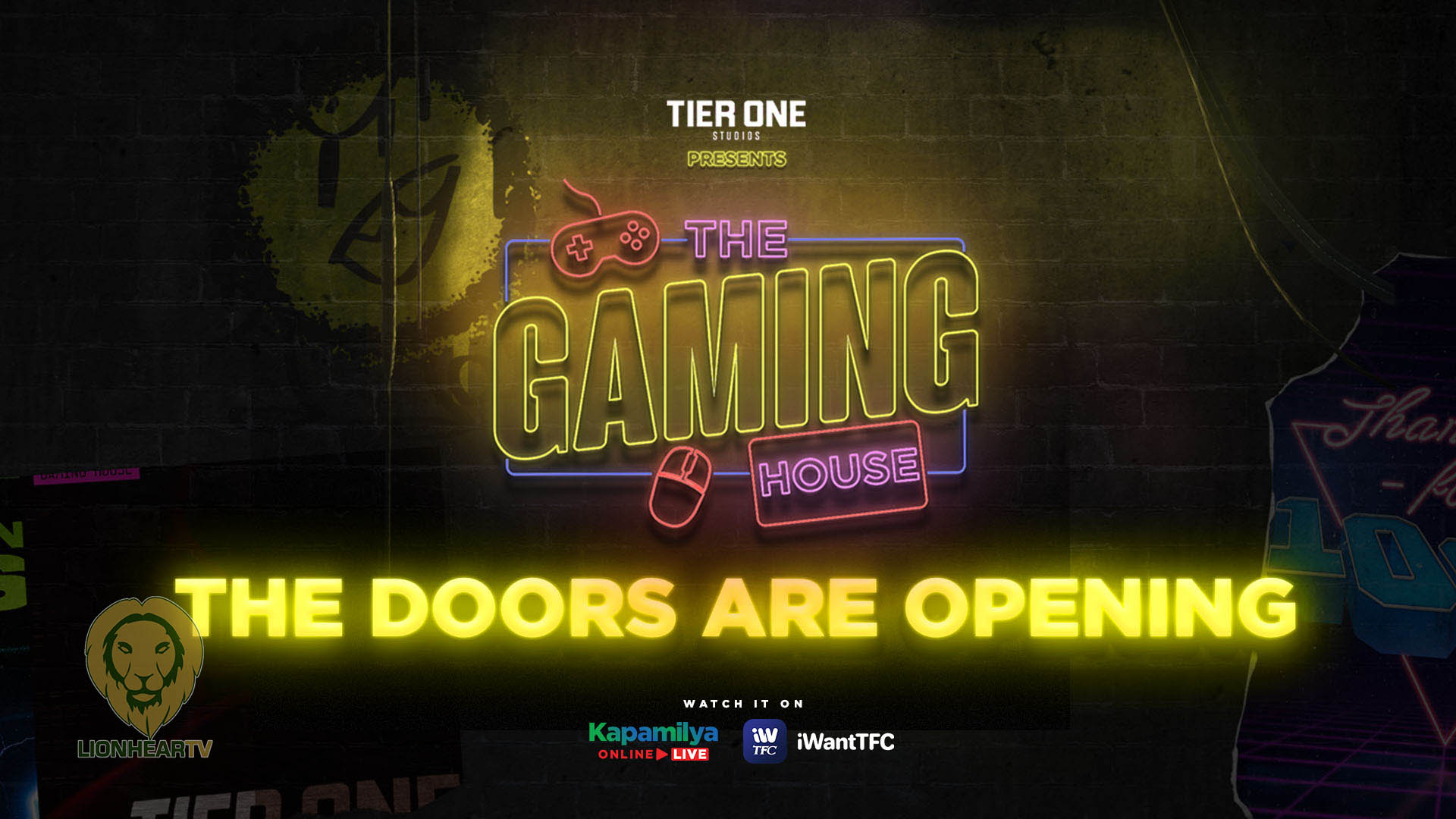 The streaming of the show on these digital platforms is made possible by ABS-CBN’s partnership with Tier One Entertainment, Southeast Asia’s leading gaming and esports entertainment company that manages some of the most in-demand gaming personalities.

“The Gaming House” kicks off on Saturday and Sunday (September 25 and 26) at 11:15 PM with a two-part primer to introduce the top 25 auditionees, the live auditions, and the process to select the final ten trainees who will be chasing their dreams inside the “Gaming House” mansion.

Over the course of three months, the ten trainees will compete in challenges that are designed to test their character, authenticity, appeal, and creativity. Each week, one trainee will bid goodbye to the competition based on public votes and/or the scores given by the show’s three judges, Tier One Entertainment founders Tryke Gutierrez and Alodia Gosiengfiao and star streamer GHOST Wrecker.

In the end, only four trainees will fight to become the next gaming icon and win a management contract with Tier One Entertainment.

With 20 episodes of nail-biting excitement, “The Gaming House” is hosted by streamer and cosplayer Aya Ezmaria and multi-platform content creator Josh Liñan. Throughout the season, some of the country’s top content creators and gaming influencers will appear in the show to mentor the trainees.

ABS-CBN head of digital Jamie Lopez expressed his excitement for this new venture and said viewers can look forward to more surprises from the partnership with Tier One.

“The local esports and gaming community continues to grow and thrive – more talents are waiting to be discovered, and there is an abundance of content ideas and digital experiences that we can experiment with. Tier One is a driving force in the community, and ABS-CBN is here to give them further momentum by leveraging our network to reach our Kapamilya and convert some of them into gamers themselves,” he said.

“The Gaming House” will be livestreamed on Kapamilya Online Live at 11:15 PM on ABS-CBN Entertainment’s YouTube channel and Facebook page and on the iWantTFC app and website. All of its episodes will also be available on-demand for free on iWantTFC.

Enjoy watching iWantTFC on a bigger screen through select devices on VEWD, ROKU streaming devices, Android TV, select Samsung Smart TV models, Telstra TV (in Australia), and VIDAA for select countries. iWantTFC is also available via Chromecast and Airplay. For the complete list of compatible devices, sign in instructions, and account activation, visit https://iwanttfc.com/help#tfc-on-smart-tv. For updates, like www.facebook.com/iWantTFC and follow @iwanttfc on Twitter and Instagram, and subscribe to www.youtube.com/iWantTFC. For inquiries and concerns about the service, users can also send a message on iWantTFC’s Facebook page or e-mail [email protected]