ABS-CBN’s efforts to remain in the mainstream by producing high-quality shows during the pandemic and after its free TV shutdown, earn the network multiple nominations in this year’s RAWR Awards. 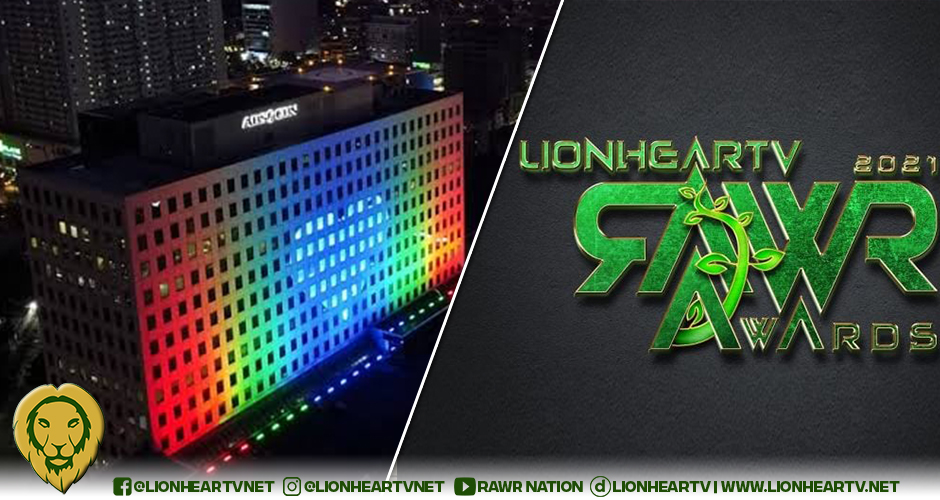 Now in its 7th year, RAWR Awards is LionhearTV’s way of recognizing the best of the bests in the past 12 months. The winners are decided by the entire community of entertainment bloggers and fans. and Artists, creators, and productions are honored annually for doing excellent work and for standing out in various categories. ABS-CBN, which has enjoyed utmost recognition from different award-giving bodies for years, continues to reap the fruits of its endeavor to keep producing acclaim-worthy shows.

Like in the past, this year’s categories are grouped in four parts: CUB, LION, PRIDE, and ROYAL awards. For the CUB categories, ABS-CBN scored top nominations for Beshie ng Taon. For this category, Hasna Cabral of La Vida Lena, Nikko Natividad of Init Sa Magdamag, and Criza Taa of He’s Into Her are all recognized for lending strong supports to the protagonists of their shows. Coco Martin, Donny Pangilinan, Charlie Dizon, and Andrea Brillantes, on their hand, are among the favorite BIDAs, or protagonists. They are the lead characters in FPJ’s Ang Probinsyano, He’s Into Her, Fan Girl, and Huwag Kang Mangamba, respectively.

For playing effectively playing as ‘kontrabida’ or antagonist of their shows, these Kapamilya actors are among those who are vying to be this year’s favorite kontrabida: Agot Isidro of La Vida Lena, John Arcilla of FPJ’s Ang Probinsyano, JM de Guzman of Init Sa Magdamag, Iza Calzado ang Ang Sa Iyo Ay Akin, and Zanjoe Marudo of Walang Hanggang Paalam.

For the Breakthrough Artist of the Year award, both DonBelle (Donny Pangilinan and Bella Mariano) of He’s Into Her and Jane de Leon of FPJ’s Ang Probinsyano, are well-positioned to receive this year’s trophy. Criza Taa of He’s Into Her, JM Yosures of Tawag ng Tanghalan, Gillian Vicencio of Hello Stranger, Ralphella (Ralph Malibunas and Ella Cayabyab) of PBB Connect, and KoDrea (Kobie Brown and Andi Abaya), on the other hand, are all Favorite Newbie nominees.

ABS-CBN is among the first few production houses to resume making new shows during the pandemic, and many of them are poised to take home this year’s top entertainment awards. For Bet na Bet na Teleserye, Huwag Kang Mangamba, Init sa Magdamag, FPJ’s Ang Probinsyano, and Ang Sa Iyo Ay Akin are all nominated.

P-Pop groups, BGYO and BINI, hugot queen, Moira de la Torre, and PBB winner, Maymay Entrata, are nominated to win this year’s Favorite Song of the Year award. These acts are nominated for their songs, The Light, Born to Win, Paubaya, and Di Ka Kawalan, respectively.

Movie appearances of some Kapamilya stars won not just the nods of film critics, but also the fans who followed their favorite Kapamilya stars in streaming services where movies have been being released since the closure of movie theaters due to the pandemic. Revirginized (Sharon Cuneta), Dito at Doon (JC Santos and Janine Gutierrez), Hello Stranger: The Movie (JC Alcantara, Tony Labrusca), Fan Girl (Charlie Dizon, Paulo Avelino), and The Boy Foretold By Stars (Adrian Lindayag, Keane Johnson), are all vying to win the Movie ng Taon award.

The network’s shift to digital platforms also brought some of the best digital series this year. ABS-CBN, in fact, practically swept the entire nominee list, as 7 out of 8 nominated series this year, are all produced by ABS-CBN. These shows are web series, He’s Into Her, Love Beneath the Stars, Click Like Share, Hoy! Love You, Unloving You, Oh Mando!, House Arrest Of Us.

For the LION categories, the Kapamilya Network similarly didn’t fall short, as many of its personalities are more likely to win some of the year’s top acting awards and major special recognition awards. Piolo Pascual, Paulo Avelino, Zanjoe Marudo, and JC Alcantara are vying to become Actor of the Year, for their performances in My Amanda, Fan Girl, Walang Hanggang are frontrunners to bring home the Actress of the Year trophy, for their compelling performances in Fan Girl, Init Sa Magdamag, and Ang Sa Iyo Ay Akin, respectively. Vice Ganda is the sole Kapamilya nominee, under the Pak na Pak na Comedian category.

News personalities are not to be forgotten in this year’s awards as some of the best in the field are likewise getting honored with the appropriate recognition they deserve. Henry Omaga Diaz, Christian Esguerra, and Alvin Elchico are among the Kapamilya nominees under Male News Personality of the Year, while Chiara Zambrano, Karen Davila, Korina Sanchez-Roxas, and Bernadette Sembrano, are all Female News Personality of the Year awardees.

The year’s most popular love team will once again be recognized and Kapamilya team-ups are at the forefront to bag this year’s top award. For Love Team of the Year, KarJon (Karina Bautista and Aljon Mendoza), KiRae (Kira Balinger and Grae Fernandez), SethDrea (Seth Fedelin and Andrea Brillantes)​, KyCine (Kyle Echarri and Francine Diaz), and DonBelle (Donny Pangilinan and Belle Mariano), are all named nominees.

ABS-CBN’s hopping on the boys’ love bandwagon resulted in some of the year’s best BL productions, including Hello Stranger: The Movie, Oh Mando!, and My Lockdown Romance. For their respective performances in these films and web series, the team-ups of JC Alcantara and Tony Labrusca, Alex Diaz and Kokoy de Santos, and Jameson Blake and Joao Constancia are vying for 2021’s BL Tandem of the Year.

The biggest performers who owned the stage are not be skipped. Kapamilya artists, BGYO, Regine Velasquez, Sarah Geronimo, Daniel Padilla, and KZ Tandingan are all Favorite Performer nominees. Vice Ganda, Boy Abunda, Angel Locsin, and Toni Gonzaga, on the other hand, are among the year’s Favorite TV Host of the Year nominees.

Under PRIDE awards, the best content producers, digital personalities, and media entities are to be honored. Groups BGYO, BINI, iDolls, and MNL48 are all nominated as Favorite Group of the year. A2Z Channel11 is vying as the year’s Best TV Station. Ogie Diaz, Kim Chui, Vice Ganda, Toni Gonzaga, on the other hand, are nominated under Vlogger of the Year – Long category. Loisa Andalio and Ronnie Alonte are the sole Kapamilya Couple Influencer of the Year nominee. Pinoy Big Brother host, Bianca Gonzales, is among the year’s nominees under Podcast of the Year award, for her Paano Ba ’To The Podcast.

Ready to show your support for these Kapamilya nominees? Make sure to get your votes counted by casting them on this LINK.