Senatorial aspirant Chel Diokno shared on his social media, Tuesday, October 19, how proud he is with his son, Pepe. 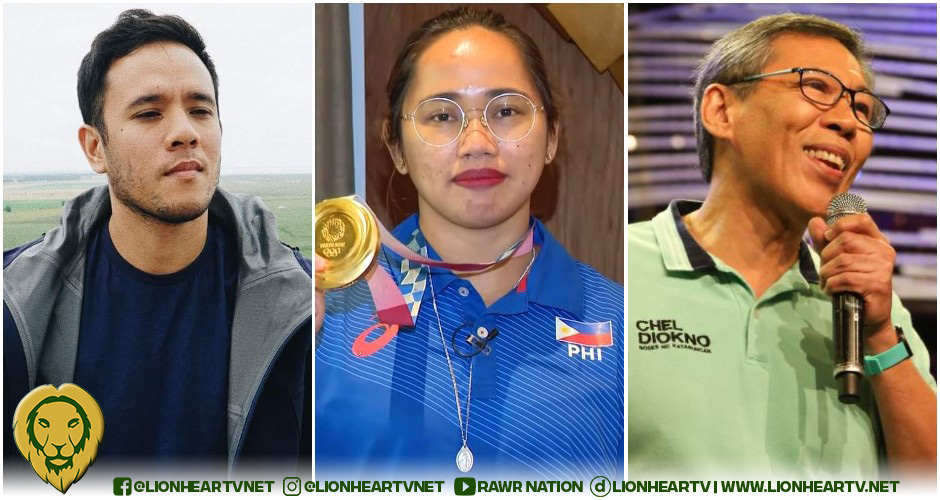 Diokno expressed how proud he is on Twitter as he said: “My son, Pepe, was the one who directed the #KwentongJollibee Special featuring the life of Hidilyn Diaz.”

Chel also added that he is a proud father knowing that his son’s craftmanship brought out a very inspiring story in Diaz.

He then thanked the Olympiad for sharing her story with the world.

Pepe Diokno was born on August 13, 1987, and is a Filipino motion-picture director, producer, and screenwriter.

He showed his prowess in directing even when he was a college student at the University of the Philippines. His work Engkwentro made its debut in the 2009 Venice Film Festival, one of the most prestigious film festivals in the world.

Pepe’s first directing project also earned an award during the film fest as it received the Lion of the Future – “Luigi de Laurentiis” Award for Best Debut Film and the Orizzonti Prize.

In 2020, Pepe collaborated with other artists and produced a series of pro-bono commercials for the Department of Health (DOH) to raise awareness about the virus among Filipinos with no access to the Internet.