Christi Fider has a new single that would stir up the emotions of the listeners!

‘Heto Na Naman’ is a ‘hugot’ song introducing Fider as a sultry singer.

The song was written by Joven Tan, the grand champion of the 2013 Himig Handog P-Pop Love Song. 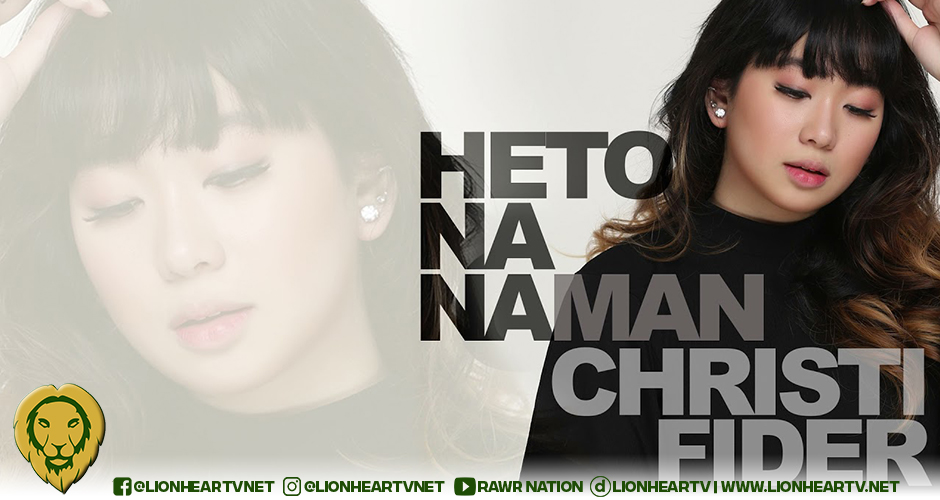 Fider stated she wanted to give a new flavor to her talent, and she hoped to showcase her emotional range as a singer.

“When I heard the intro palang ng kanta sobrang nagulat ako kasi very different from my personality. My first single ‘Teka, Teka, Teka’ is very light and bubbly kasi, then this one ‘Heto Na Naman’ is the opposite. Since I’m still in the stage of trying out different genres, of course, na-excite ako to record this one.”

She continued she was extremely excited to record her new single because she wanted to try new genres in her singing career.

“It was very unexpected. I don’t have any idea about it at first. I’m super grateful for the award. Thankful din for PMPC for the award kasi binibigyan nila ng chance yung mga new talents/artists like me,” reaksyon niya.

‘Heto Na Naman’ is distributed under Ivory Records and is already available in digital music stores. Be sure to check it out!