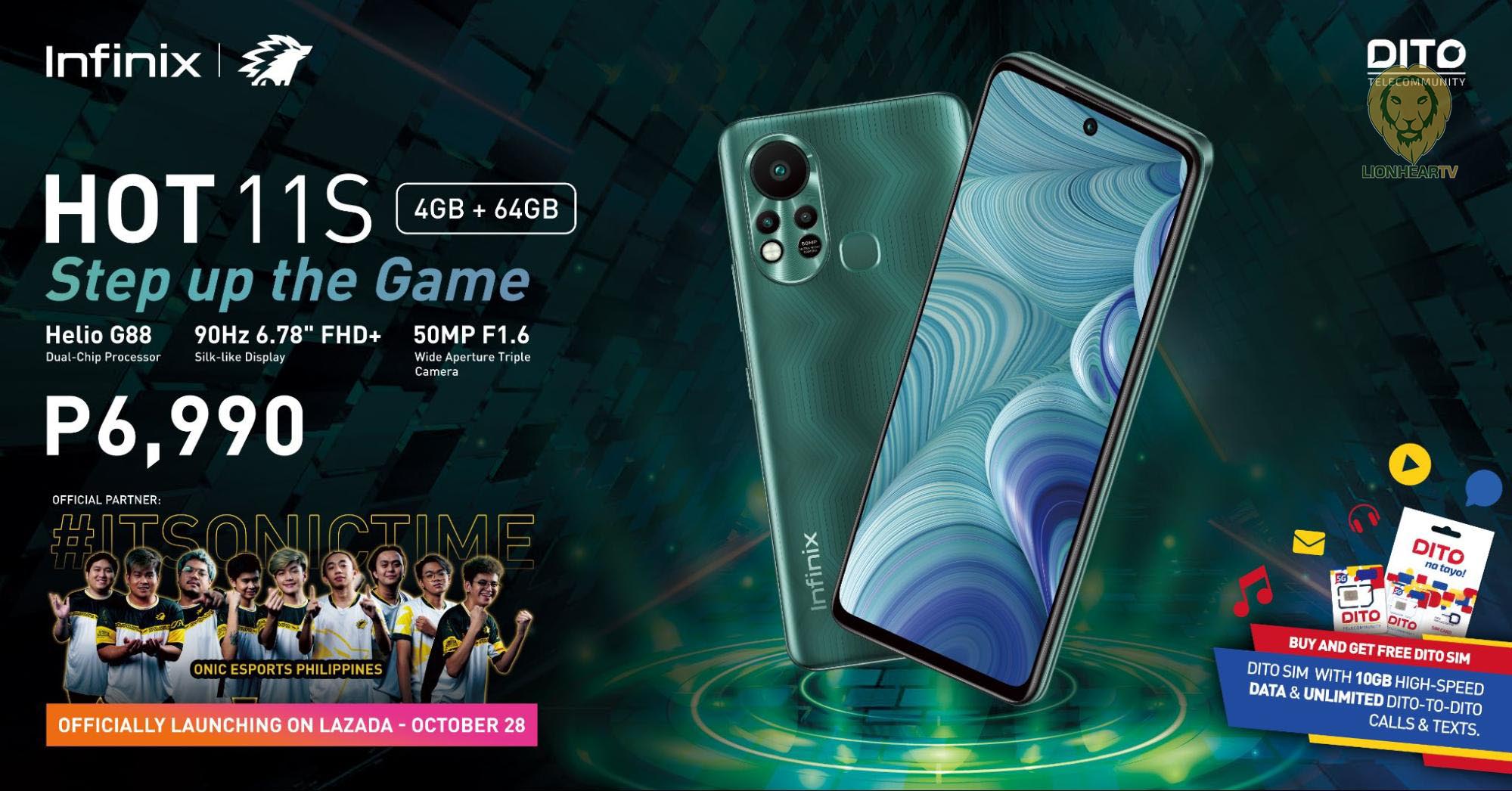 ONIC Philippines, widely regarded as one of the best and most-watched teams in the Mobile Legends Professional League (MPL), will tap into Infinix HOT 11S’s hyper engine in its epic battles.

“Infinix is teaming up with ONIC Philippines to make high-precision multiplayer gameplays more accessible to the growing gaming community in the country through our newest phone, HOT 11S. ONIC Philippines lives up to the gamer confidence and lifestyle which HOT 11S embodies,” Joseph Cernitchez, Infinix Philippines PR manager, said.

ONIC Philippines has emerged as the champion of several professional esports events and has signed sponsorship deals with some of the strongest brands in the country.

As the newest endorser of Infinix phones, ONIC Philippines is expected to stream game-winning and visually striking plays through the latest budget gaming phone, HOT 11S. The team has a massive monthly reach of 3.1 million and 2 million on Facebook and TikTok.

The gaming phone features a large 6.78-inch full HD display with a 90 Hz refresh rate for a highly immersive gaming experience that gives you faster response times by milliseconds.

Infinix is stepping up in the gaming phone category by equipping the HOT 11S with powerful triple cameras – 50MP rear camera combined with 2MP camera and AI camera. Photo finish victories can be captured along with fantastic group photos then uploaded directly to social media platforms.

“ONIC Philippines will leverage its position to show how active mobile gaming lifestyles can complement social-media-savvy connections among friends and fellow gamers with the HOT11S without spending too much,” Cernitchez said.

The champion budget gaming smartphone will be launched in the Philippines on October 28 on Lazada at the following suggested retail prices, Php 6,990 for 4GB+64GB and Php 7,990 for 6GB+128GB.