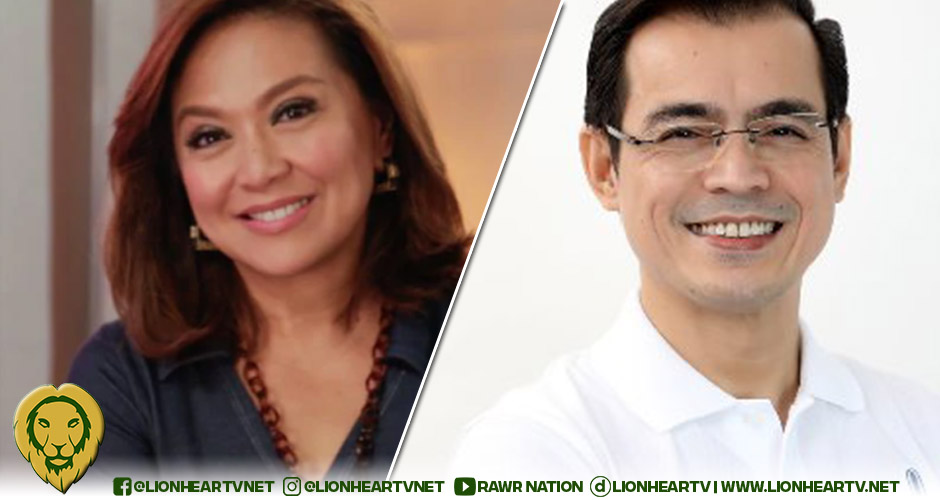 On Davila’s Twitter account, she reacted to a netizen’s observation of Moreno’s “rude” behavior during his interview with the ABS-CBN News reporter.

Davila wrote her pointers in handling presidential candidates, noting that she doesn’t take it personally and chooses to remain calm in similar situations.

Rule of thumb. Don’t take things personally. How a presidential candidate behaves reflects on them.

What I can control is my own reaction. Kalma lang 🙏🏻 https://t.co/YGzm1FBNqb

During her interview with Moreno, Davila asked the presidential aspirant about his reaction to the critics, who said he was imploding in light of his recent comments against fellow candidate, VP Leni Robredo.

“Well, I-I’m sorry, I’m no angel, but definitely, I’m not a devil, and I don’t like sugarcoating in a challenging time. This isn’t about Ms. Congeniality or Mr. Universe. This is the lives of our people. Things must be said. Direction and decisiveness must be done.

He then cited Lee Kuan Yew, Singapore’s first Prime Minister, for not sugarcoating. However, their conversation went off-rails as Moreno continued to address his critics.

Davila tried to bring back their conversation to her question earlier about his critics, but Moreno proceeded with his litany.

Davila then attempted to reestablish their conversation by reiterating Moreno’s “Yellowtards” remark, noting if the Mayor had regrets about his statement.

Moreno said he had none.

“I’m no angel but definitely I’m not a devil.”

On his controversial outburst against VP Leni Robredo, Manila mayor and presidential aspirant Isko Moreno Domagoso says he doesn’t “regret anything” and was “just being honest.” #Halalan2022 #ANCHeadstart pic.twitter.com/R5IbSzxGgq

Netizens noted that Moreno would frequently veer off-topic with his statements and often cut off Davila whenever she tried to reestablish the questions asked.

how disappointing. tbh, if VP Leni did not push through w/ her presidency i was seriously considering Mayor Isko but now it's a no-no. you can be honest without being being bastos/offending/rude. this just shows your real character.

"That's how we do it in Manila eh, no sugarcoating, straightforward. . . ." Straight out of Duterte's playbook, idol nya nga kaso bumenta na yan! 😂Can't stand this guy, whenever I hear him talk, parang palaging signal #5 sa hangin! Manila is not the Philippines, Isko!😬

Earlier, netizens called out Moreno for slamming VP Leni Robredo during one of his speeches.