Veteran entertainment columnist Lolit Solis was unimpressed by the dedication of Philippine President Rodrigo Duterte to accompany Senator Bong Go, his most-trusted aide, as the latter filed his certificate of candidacy (COC) for Vice President. 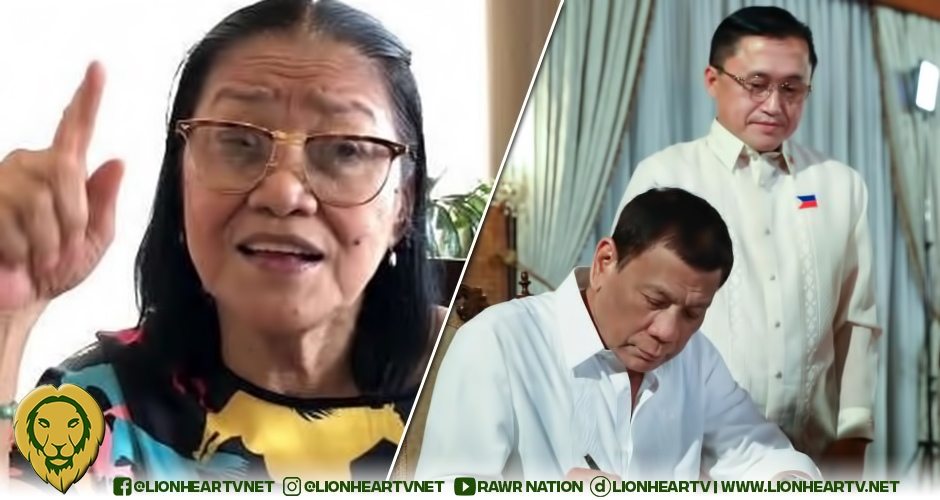 Earlier on October 2, Sen. Go filed his COC. The President, who claimed that he is retiring from politics, accompanied Go.

The columnist was astounded by Duterte trying to “mystify” his true agenda by escorting his top aide.

Solis even said that the notion of Duterte was cute at first. However, she observed that Duterte’s indecisiveness could mean that he is not serious about supporting Sen. Go.

She then advised the Senator that it is not a good impression for someone running for Vice President to be somewhat under the command of another person.

Solis also remarked on the latest poll survey in the vice presidential race, stressing that since Senate President Tito Sotto is ahead of Duterte, it is wise for him to retract his desire to run for VP.

Beforewrapping up her post, she concluded that this 2022 election would be interesting because of the candidates.

It is also crucial to point that if Duterte decides to [really] push with his plan to run for vice president, he will be the first in Philippine history to ever run for the position after becoming a president.

“I intend to pursue and expand these efforts further towards overcoming this pandemic by achieving economic recovery, providing job opportunities, and addressing hunger and poverty,” he promised.

However, based on the latest Pulse Asia survey, Go is the least expected to win the position as only 3% of the respondents said they would vote for him.