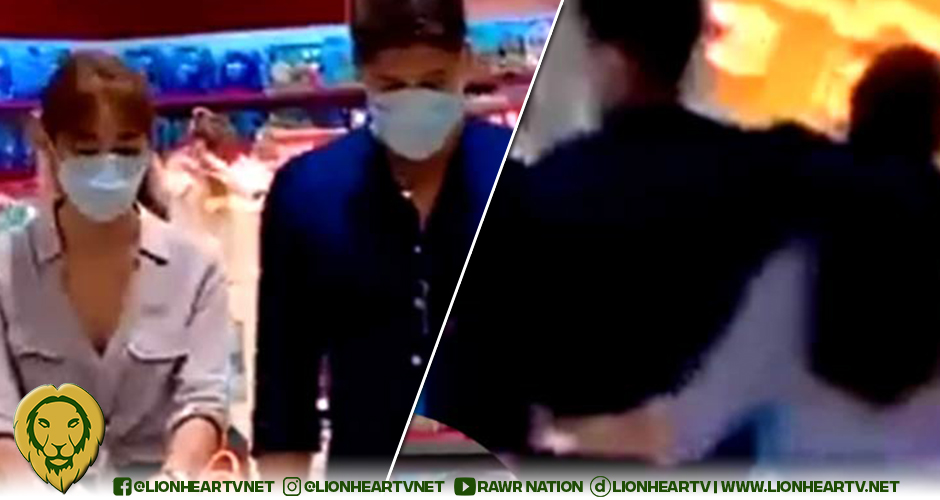 Various photos and videos of the two having sweet moments have surfaced—shopping in a mall together and Abrenica visiting the home of Raval in Pampanga.

In some photos in a shopping mall, the two were spotted holding their hands while walking. While in a video, Abrenica is seen with his arms around the shoulders of Raval, and the latter’s arms are wrapped around the waist of the former.

They were caught shopping in a toy store—Raval pushing a shopping cart full of shopping bags while Abrenica is standing next to her.

Also, a photo of Abrenica in front of Raval’s house in San Fernando, Pampanga, surfaced on social media.

Recently, Raval exposed the real score with Abrenica. She admitted he is courting her.

“Nag-uusap kami. We understand each other. We care for each other. Pero wala pa kami sa point na may relasyon kami. Parang getting to know,” Raval stated.

She also confirmed that it was Abrenica, the suitor she referred to in an earlier YouTube vlog collaboration with Donnalyn Bartolome. At that time, she did not disclose the identity of Abrenica.