Kapamilya award-winning Kapamilya actor Paolo Avelino shared on Sunday, October 24, the reason why he chose to stay with ABS-CBN despite being off the air for over a year now. In his Instagram story, Avelino was asked by a netizen the reason he stayed with the Network even it still remains without a franchise.

The actor shared the interaction and his answer as he responded, “Dahil pamilya ko sila.” 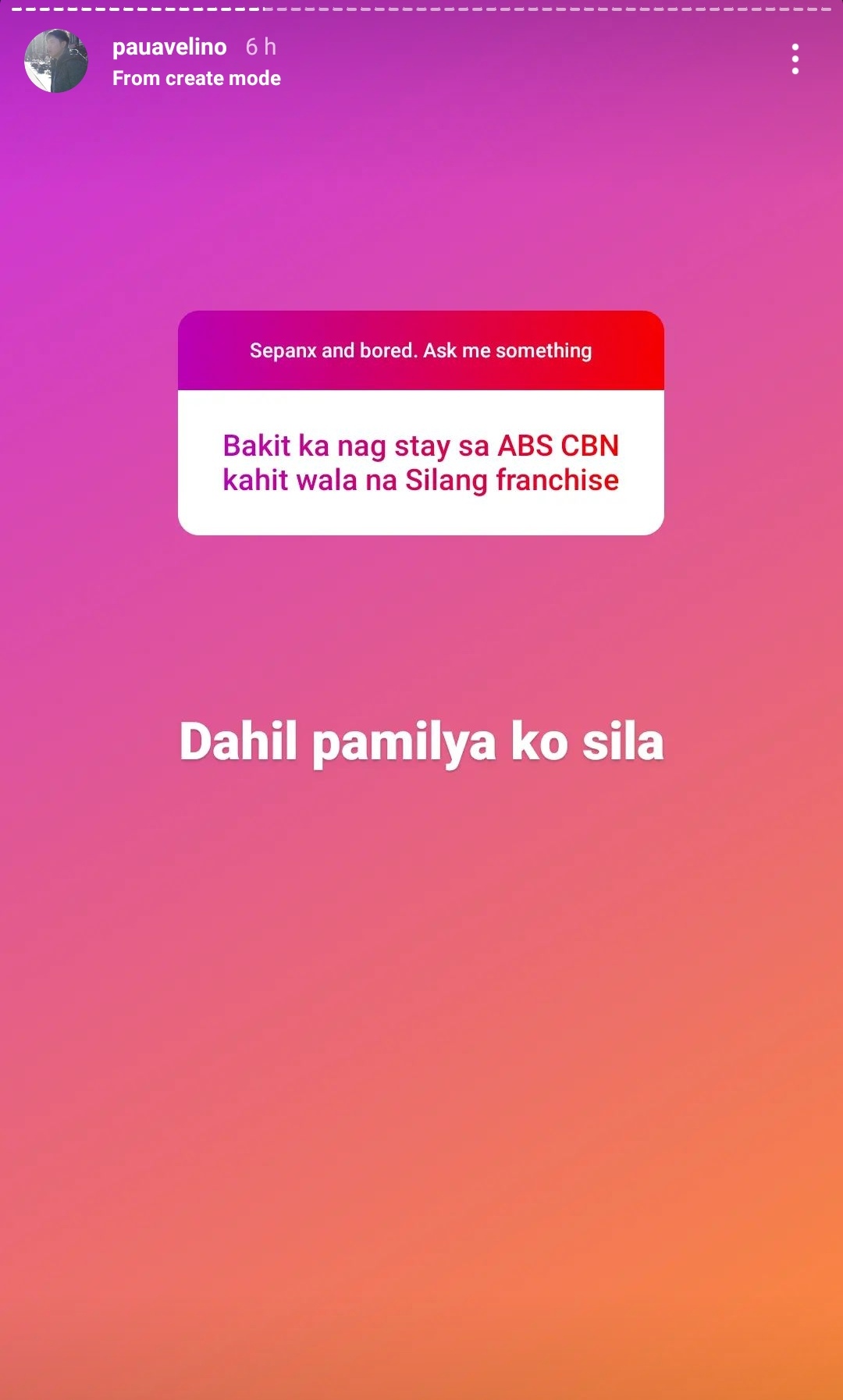 Back in the final media conference for Avelino’s former teleserye Walang Hanggang Paalam last April, he was asked to weigh in on TV ratings of the Network since it managed to return on free TV via TV5 and A2Z.

The actor noted that he was not one who now looks at ratings because of the different platforms that emerged during the COVID-19 pandemic.

He then lauded his home Network as he stressed how despite the situation that ABS-CBN is currently experiencing, they still managed to provide Filipinos the entertainment and news they need.

Furthermore, Avelino said he is contented no matter how his show would perform as long as he can keep people happy and inspired, no matter how few they are.

ABS-CBN went off the air in May 2020 and ever since has explored and conquered the digital platforms in the Philippines. It also collaborated with other TV stations in the country to bring its programs on free-to-air.

Despite the backlash the Network has received since last year, Avelino stayed with the Network. Loyalty indeed has its perks as he continues to become one of the most-sought actors in the entertainment industry.