TV5 is among the first production companies to first return to television production during the pandemic. The Kapatid network produced non-scripted format shows, including game shows, talk shows, and reality programs. Few of its television dramas and sitcoms with some ending up in this year’s list of nominees. 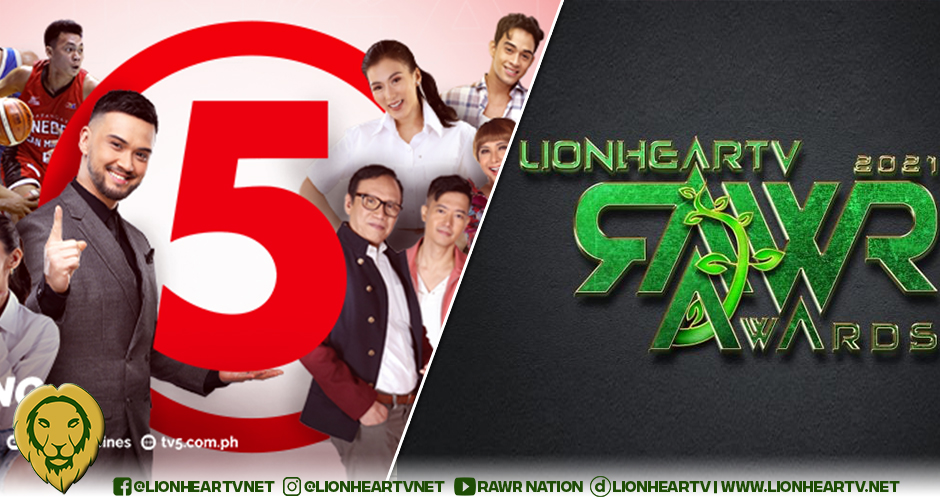 Now in its 7th year, RAWR Awards is LionhearTV’s way of recognizing the best of the bests in the past 12 months. The winners are decided by the entire community of entertainment bloggers and fans. and Artists, creators, and productions are honored annually for doing excellent work and for standing out in various categories. TV5 remains a powerhouse creator of acclaim-worthy shows, which is reflected this year by the nominations its shows and personalities earned.

Like in the past, this year’s categories are grouped in four parts: CUB, LION, PRIDE, and ROYAL awards. Under the CUB Awards is the Beshie ng Taon award, which is given to the actor or personality who gave the lead of the show a special support system. For this category, Sue Ramirez and DJ Jhaiho are both nominees, after pulling off noteworthy performances in Oh My Dad! and Kusina Ni Mamang, respectively.

Maja Salvador shined as Niña in the inspirational serye, Niña Niño, making her a formidable frontrunner as the year’s Favorite Bida. The program is similarly well-positioned to bring home the Bet na Bet na Teleserye award. Salvador also stands a chance to be TV5’s LION Awardee, if she wins the year’s Actress of the Year trophy, also for her performance in Niña Niño.

Pokwang can also be a Lion awardee as she has a nomination under Pak Na Pak na Comedian category, while Raffy Tulfo and Ed Lingao can take home this year’s Male News Personality of the Year award. Cheryl of Frontlines is nominated, on the other hand, under the Female News Personality of the Year category. Enzo Santiago and Darwin Yu, stars of the first-ever boy’s love series on national TV, My Extra-Ordinary, are vying for the BL Tandem of the Year award.

For their exemplary performance in hosting and presentation, these Kapatid personalities are all vying as Favorite TV Host of the Year: Maine Mendoza of POPinoy and Billy Crawford of The Wall Philippines.

Under the PRIDE categories, Radyo 5 is nominated for Radio Station of the Year award, while TV5 is vying as TV Network of the Year. DJ Chacha’s podcast, Lecheng Pag-ibig ‘To, which she co-hosts with radio DJ, Sam YG, is among the Podcast of the Year’s nominees.

Ready to show your support for these Kapatid nominees? Make sure to get your votes counted by casting them on this LINK.