There is no trace of network war in the official music video of TV5’s Christmas station ID for the year. 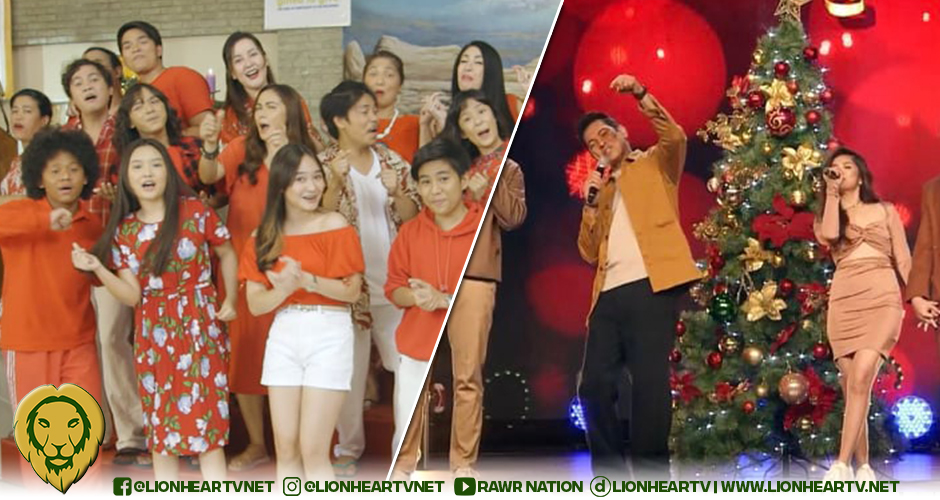 Stars from the three major TV networks shine in TV5’s newest Christmas station ID, which feels practically the Kapatid Network’s heartfelt gesture of gratitude for the Filipino audiences who remained as loyal ‘kapatids’ throughout the pandemic. It’s a meaningful reminder of how Christmas should be ours, and ours alone, regardless of the struggle we faced and the sense of abandonment we felt in the past two years.

Penned and given music to by the OPM icon, Rey Valera, Atin Ang Paskong Ito, Kapatid, gathers the stars of its home-produced shows and various programs produced by its block-time partners, including ABS-CBN Entertainment, Viva Television, and Brightlight Productions. Popular stars who are traditionally linked with either ABS-CBN or GMA Network make special appearances on the Christmas station ID’s official music video.

Heartwarming and hopeful, Atin Ang Paskong Ito, Kapatid carries positivity, which is largely made possible by its upbeat vibe. Flagship Kapuso news and current affairs show like Frontline Pilipinas, Brightlight Productions-produced shows like Niña Niño, Lunch Out Loud and Rated Korina, charm their way into the viewers’ hearts with their appearances. TV5’s biggest and arguably, most important block time partner, ABS-CBN Entertainment, delight with the appearances of Coco Martin and Julia Montes of FPJ’s Ang Probinsyano, Janine Gutierrez, and Paulo Avelino of Marry Me, Marry You, and the all-star cast of ASAP Natin ‘To. ASAP Stars Maymay Entrata, Gary Valenciano, Martin Nievera, Regine Velasquez, and Ogie Alcasid surprise in their first ever Kapatid station ID appearance.

TV5 has long welcomed collaborations with other production partners, but it has never enjoyed success as much as it does now. The company adjusted its profitability year to 2024, which it admitted to having been largely due to high viewership brought by ABS-CBN Entertainment-produced shows. With Atin Ang Paskong Ito, Kapatid, TV5 seems to be paying homage to all its block time partners, and the viewers they brought to TV5. It’s a gesture of appreciation, too, to long-time Kapatid viewers who remained faithful Kapatids through the years.

Watch the official music video of TV5’s Christmas station ID, Atin Ang Paskong Ito, Kapatid, below. Make sure to leave your thoughts in the comment section: