When there are musical dreams waiting in the wings, it is only a matter of time before the spotlight will shine brightest for the most talented. That is exactly how the story of P-pop sensations Bini & Bgyo came together, culminating in One Dream: The Bini & Bgyo Concert which streams on WeTV this weekend – November 06 and 07 at 8:00PM. Get your tickets for only P1,490.00 on the app! 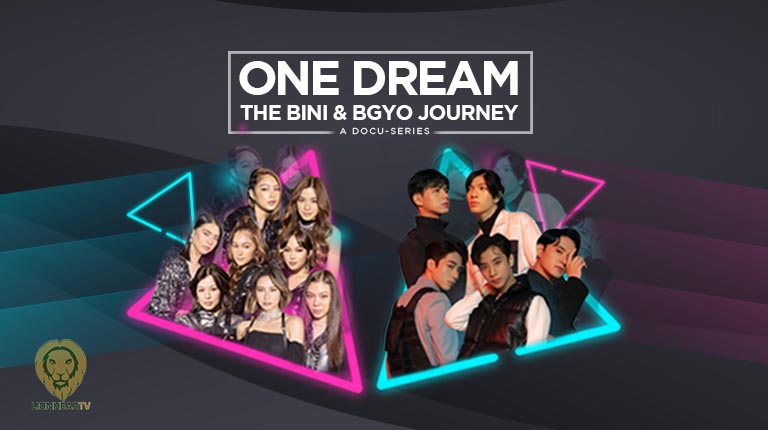 In barely a year since they were launched, girl group BINI and boyband BGYO have risen to the top of the charts, cementing their spot as among the year’s biggest P-Pop stars. Their debut singles – Bini’s Born To Win and Bgyo’s The Baddest – have bought scored over one million views on YouTube thanks to the support of their fandoms.

Both artists are the products of ABS CBN’s Star Hunt, learning the ropes as they pursued their musical dreams. In October, these young artists released their separate debut albums, which is exactly what the fans have been waiting for. Now they take it all to the next level. One Dream: The Bini & Bgyo Concert is breaking barriers in the local scene as the very first sibling concert, celebrating P-pop through an extravaganza of sound, dance and lights.

Tickets to One Dream: The Bini & Bgyo Concert two-night feature on November 06 and 07 can be purchased through the WeTV app by logging into your VIP account. For only P1,450.00, get two amazing musical showcases that can’t be missed – featuring exciting group performances, fan favorite hits, special surprise guests and collaborations.

Avid fans also get to witness the amazing story of these young talented artists with One Dream: The BINI & BGYO Journey. The nine-episode docu-reality series chronicles the last two years as Bini and BGYO put in the work to reach for their dreams together. Rising from rookie idol groups to possibly the biggest girl-group and boyband in the country, defining their sound and musical style. The show will be filled with all the unscripted moments – laughter, tears, hard work, and triumphs – that showcase the band’s unique dynamic and their individual personalities. Every episode will also feature some of their popular performances. Make it an epic music weekend and binge watch all episodes of One Dream: The BINI & BGYO Journey on WeTV before the concert!

Stay tuned to the WeTV Philippines social media accounts on Facebook and Instagram for exclusive updates and news on the biggest P-Pop concerts, WeTV Originals and fresh Asian series drops.

To stream the very best in Asian Premium Content, just download the WeTV and iflix apps for free from the App store and Google Play and start watching! A monthly subscription rings in at only P59, quarterly at P159, and an annual subscription is only P599 for recurring subscriptions, while a one-month pass is only P149.