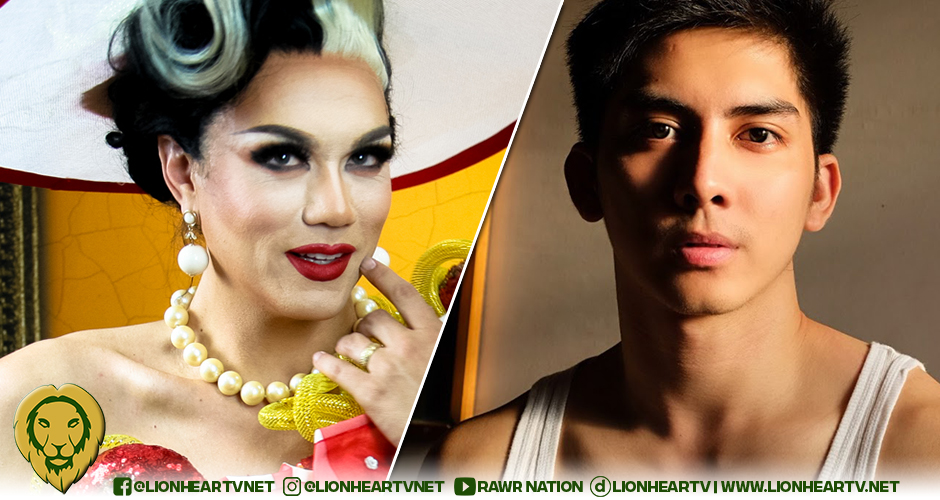 During a WeTV Roundtable for the upcoming Drag reality competition show, Luzon said, “Who is that one I think he’s hot, Paolo–yes, Paolo Pangilinan. Yes, him, Oh my God, he’s so handsome. Keep me away from him, and keep him away from my heels.”

Luzon also said Filipino men are so handsome that they may put her out of the job if Pinoy actors got dressed in Drag.

“Here in Cornerstone, we have a wall of handsome, handsome men. I’m sure if they got dressed up in Drag, I would be out of the job. So, I would like to see none of them in Drag. But, I will give them private lessons in tucking.”

“I think everyone is an actor. It’s your job to take on a role that is not you. So, I’m okay with it, especially if they do their research.

She then said that she has no problem with straight actors portraying LGBTQIA+ roles.

“I don’t have a problem with straight actors playing gay characters because of just how it is in the media industry. Sometimes, we don’t really have enough gay actors to play gay roles. But you know what, gay actors have been playing straight people forever, so why not have it the other way around?”

As for her portraying a straight role, Manila said she’s already portraying her drag persona, but she’s open to it.

“Well, I mean, Manila is a woman, and she does find men attractive. So I’m playing a straight character right now.

“Well, I don’t know how good of a job I am in acting to be convincing as a straight person. But, if you want to give me the role, I’ll take it, honey! Why not?”

Manila then shared her advice to people who are trying to discover their true selves.

“My advice is to go for it and go for it right now. And to give it a try. We all will fail, and you know it’s from those failures that we learn and grow. So, if you don’t make those mistakes, then you can’t get to where you want to go. All of our learning comes from making mistakes. That’s how we grow. If we /just stay in one place, we won’t be able to expand. Sometimes it just takes the bravery to /just say I’m going to do it now.”