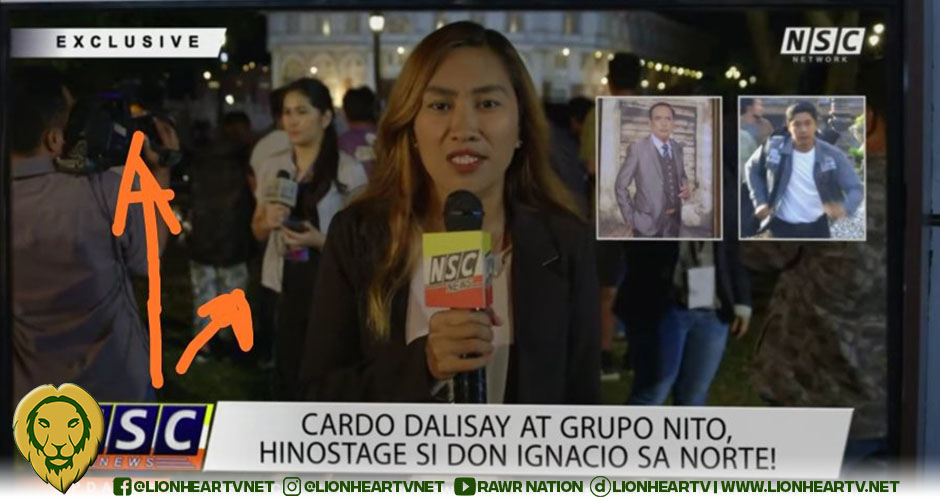 Batalliones shared a screenshot, which showed a reporter doing an “exclusive” report on site. However, it was noticeable that there were other media organizations caught in the background therefore the report must be labeled as “inclusive.”

Batallones then commented that this kind of bloopers on news reporting really happens in real life.

The ABS-CBN News reporter might hint the news report done by GMA News on Wednesday, January 27.

It was a report on the progress of Christine Dacera’s case, the TV station, through their reporter Emil Sumangil, have claimed to have an “exclusive” interview with P/Lt/ Col. Hernani Gonzales regarding the Dacera case.

Several journalists commented that it should have been inclusive since other reporters were invited to cover the statement about Dacera’s case.

An exclusive interview or story is something that other publications or media outlets have no access to the information.

If other media have the same story, then it is not “exclusive.”