How does one rebuild from literal ashes? You do it with strength, character, a lot of optimism, and the right partners. For Betafoam Corporation, an insulation and packaging company located in Dasmariñas, Cavite, this holds true.

During the pandemic, Betafoam increased its operations for products that saw higher demand, including packaging for essential goods and logistics companies, bubble wrap, and plastic sheets. 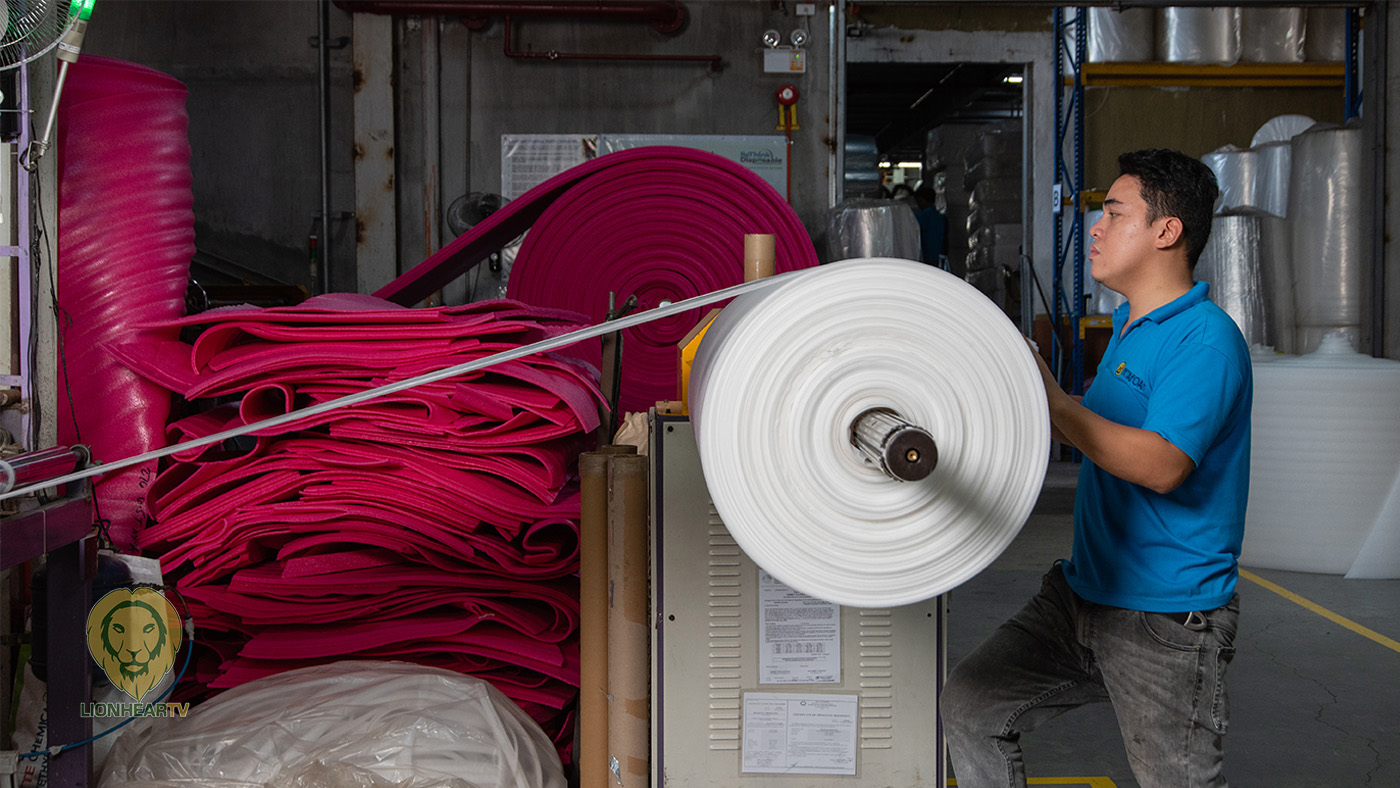 In 2014, Betafoam was on its eleventh year in manufacturing polyethylene (PE) foam when its two-building facility in Dasmariñas Technopark, Cavite was decimated by a fire. “Our entire factory got burned. We had to start from zero. The product we make is injected with LPG so it’s flammable at a certain point of manufacturing. Unfortunately, that sparked the fire and it burned the building down,” says President Greg Marañon.

While planning their new facility, Betafoam knew that they were going to need the help of Meralco. Good thing the energy distributor has a dedicated segment handling small and medium enterprises — the Meralco Biz Partners group. A dedicated Biz Partner Manager was assigned to Betafoam to help them power through. 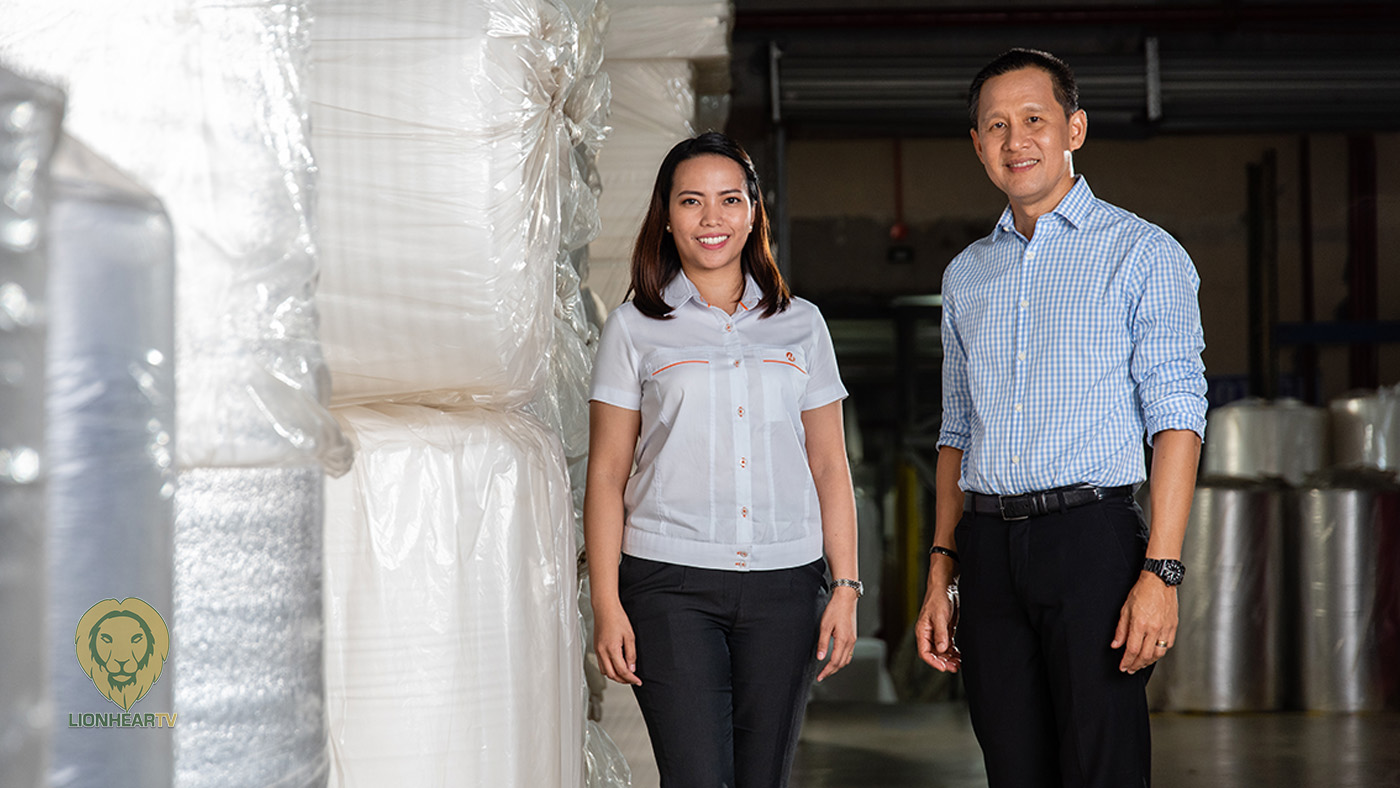 In 2017, Betafoam rebuilt and moved back to Dasmariñas Technopark, the same site their original facility was in. They expanded from a modest 2,000 square meter factory to an ample 10,000 square meters of manufacturing, warehousing, packaging, and administration space. The facility was intended to be low-risk and high in safety, with each standalone building designed with its own function and energy needs in mind.

The new compound was energized by Meralco right on time to keep up with its production and delivery schedules. But more significantly, this energization allowed them to experience the reliability of being connected to the power grid. The company previously had to rely on the use of generators while operating from their temporary facility, which was located in an area that didn’t have a three-phase power line—which they needed for their machines to operate optimally.

Since the company has already been operating 24/7, Meralco also recommended to have their manufacturing operations subscribed to their Peak / Off-Peak (POP) rates program to further cut costs. They can operate their power-intensive machinery at night when power rates are lower, while the low-power-consuming machines run during the day. Through this scheme, Betafoam has been enjoying significant savings of up to P50,000 a month.

Partners Through the Pandemic

POP continues to be effective for the company with Betafoam seeing their current operations at nearly pre-pandemic levels. “Our subscription to the Peak / Off-Peak program is still beneficial to us as our production is almost normal.”

But regaining this almost-normal production seemed unimaginable in March 2020 when ECQ was implemented. Work halted due to checkpoints that kept their employees from going to work and their trucks off the road. “We had to close our operations for 1.5 months. We had skeletal force operations starting May, as we had customers asking us to serve their orders.”

Marañon, just as he did with the 2014 fire that engulfed his facility, rose to the challenge. He and his firm forged on and adapted to the situation, producing products that their customers needed.

Further building on their partnership with Meralco, Betafoam installed solar panels in their production facilities early in 2021 with the help of Spectrum.

He added that Meralco became a formidable partner during the pandemic. To ease the payment burden of business customers, Meralco suspended the Guaranteed Minimum Billing Demand (GMBD). This was initially implemented for bills from March 16 to June 30, 2020 but was eventually extended until end of 2020 for businesses that were not allowed to operate based on IATF guidelines. This resulted to significant savings for Betafoam.

Viewing and paying bills were also made convenient and easy despite the quarantine restrictions. “For our safety, we limited our transactions to online channels. Good thing we signed up to Meralco Online which allowed us to view and pay our bills online”,

All things considered, Betafoam Corporation has now become an embodiment of what it means to get back on one’s feet and what it takes to move forward—a reflection of Marañon’s indomitable spirit. Rising from the ashes and surviving one of the most challenging years in 2020, Betafoam has rebuilt itself to a sustainable, well-designed, and efficient company.