The new season of the oldest and longest-running amateur singing contest on Philippine television is returning with an exciting new format.

Gameplay: Daily contestants give their own takes and twists to the same song for them to advance to the next round, and become the defending champion. 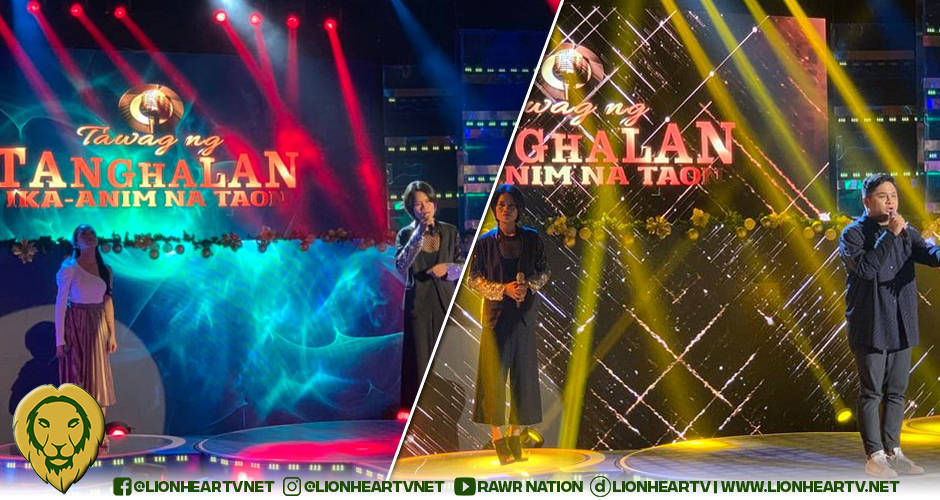 Now in its sixth year, the search for the greatest Filipino vocal heroes resumes in Tawag Ng Tanghalan. With new and exciting changes in its format, the biggest nationwide singing search, promises to bring out the versatility and originality of the Filipino singer.

For its newest season, Tawag Ng Tanghalan introduces ‘Battle of Versions’, a riveting round that pits daily contenders against each other, by singing only one song.

For its pilot airing on November 22, Monday, three starting contestants sang the OPM ‘hugot’ anthem, Tadhana, by Up Dharma Down. Contenders, Eli Cartagenas from Cebu, Sen Diaz from Parañaque, and Merry Mae Javellana from Masbate–battle it out first with their twists and turns of the song.

This new set of changes mark the third time the longest-running singing show is introducing a new format since the beginning of the pandemic. It can be recalled that the program first abolished the original format where four contestants, representing the four major geographical groups of the country—Luzon, Visayas, Mindanao, and the NCR—battle it out to win the golden microphone.

Since then, Tawag Ng Tanghalan has already declared two grand champions. JM Yosures won the fourth season in February 2021, while Reiven Umali got crowned in September 2021.

The ‘Battle of Versions’ is somewhat similar to The Voice’s Batlle round, where a set of contestants are singing the same song.

In Tawag Ng Tanghalan’s case, it should bring out the versatility of the contenders as the assigned song may not be the one, they would think of using as their contest piece. It will undoubtedly demand them to get out of their comfort zones. Originality is also inevitably demanded, as the song they need to sing may require them to take it uniquely, with their sound, and genre of their choice.

Tawag Ng Tanghalan seems to have succeeded in its goal, with the first set of contenders for its season premiere. Eli Cartagena’s theatrical ballad take on the Up Dharma Down gave an irresistible sweetness to the song, while Sen Diaz’s mix of RNB and urban take made it more soulful. Merry Mae’s slow rock version of the song, on the other hand, gave it more power.

Hearing the judges’ assessment to their performances, you can say that Battle of Versions is truly a great idea, as it made judging each contestant a lot easier. From the three contestants, only two advances to the second round, where the contenders can now choose their preferred piece. The defending winner comes back to the following day to defend his or her title. He or she automatically enters the quarter-finals after four consecutive wins, while eight consecutive wins guarantee a slot at the semi-finals.

Vice Ganda, Kim Chiu, Vhong Navarro, and Amy Perez reprise their hosting duties for this season, while Ogie Alcasid, Zsa Zsa Padilla, and Louie Ocampo are back as judges. Other judges are expected to take turns in taking a seat in the judging panel in the coming days or weeks.

Catch the battle of the voices in Tawag Ng Tanghalan from Mondays to Saturdays on It’s Showtime.