Lullaboy recently landed one of the biggest gigs of his career as the host for Tokopedia’s WIB Indonesia K-Pop Awards, a star-studded music event that gathers the biggest Hallyu pop artists in the world, including BTS, BLACKPINK, TWICE, NCT DREAM, Stray Kids, aespa, ITZY, THE BOYZ, TREASURE, and SECRET NUMBER. 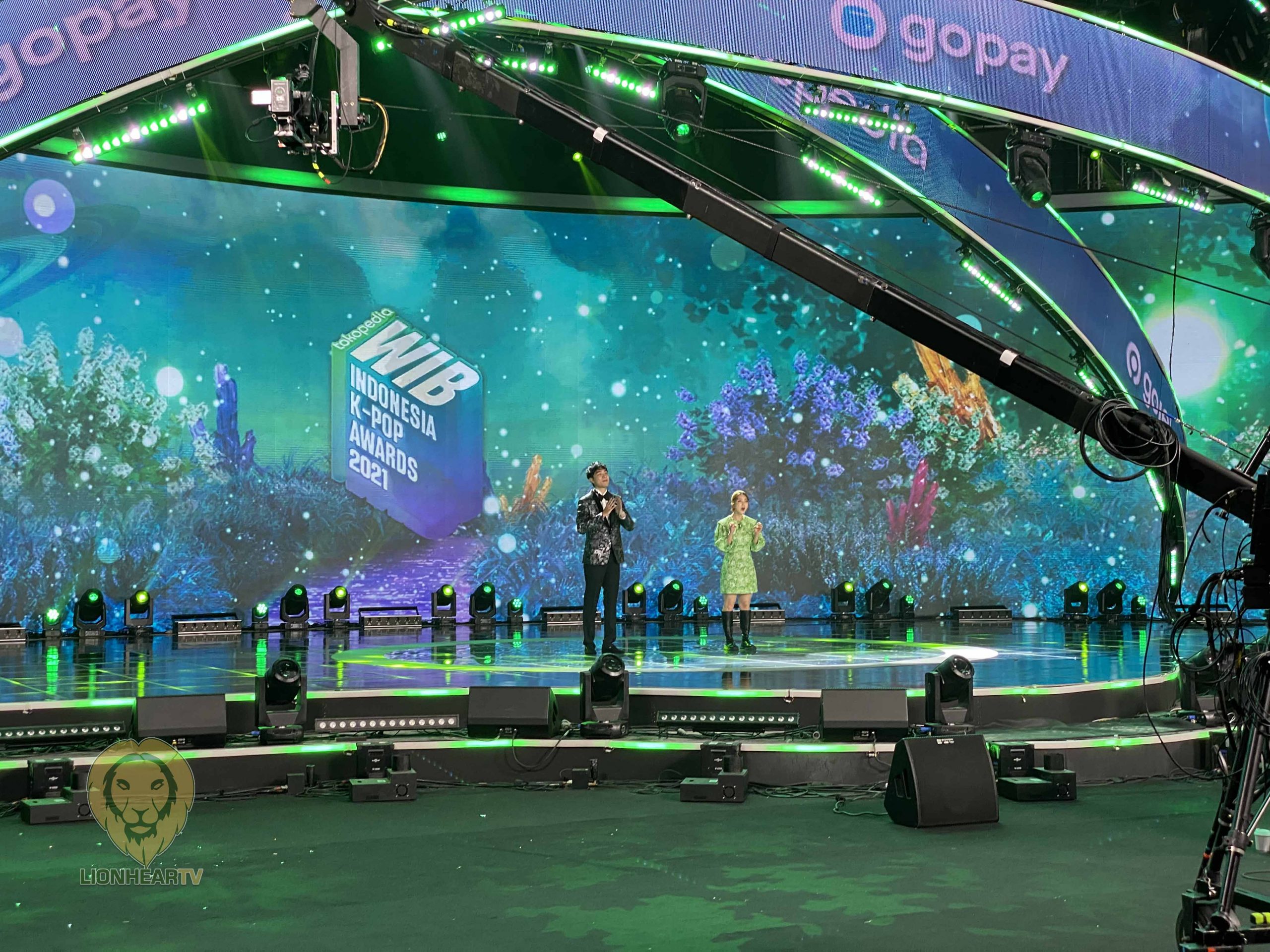 The Singapore-based musician specifically auditioned for the part, and was luckily chosen as the host for the prestigious awards show, which streamed live on November 25, 2021 from 7pm onwards via Indonesian channels RCTI and SCTV, Tokopedia Play, and Tokopedia’s official YouTube channel.

“I actually sent my portfolio to the directors,” the Singaporean-Indonesian singer-songwriter shares. “I had to audition twice, and I didn’t expect to get the part at all. A few weeks later, I got a call and I literally could not speak for about 10 seconds. Then the ‘oh my gosh’s’ began overflowing.”

Lullaboy considers WIB Indonesia K-Pop Awards as the biggest production that he’s ever been part of, and is grateful to be in a program that is watched by millions of people from all around the world. “The staff, the equipment, the guests and the sheer influence of the show just blew me away,” says Lullaboy. “Fortunately, all of my experience in the entertainment industry helped me just do my best without nerves getting in the way. For me, the most memorable were the moments in between takes where you think to yourself: wow, this is really happening!”

Prior to his stint at Tokopedia’s WIB Indonesia K-Pop Awards, Lullaboy was in South Korea to perform at Let’s Play Hongdae, where he was the sole Singaporean-Indonesian artist invited to play at the main stage, along with Korean megastars and acclaimed international acts.

“These were two of the main reasons I officially flew to Korea for,” he explains. “I even went through 2 weeks of hotel quarantine for them. Let’s Play Hongdae was the first ever music festival I’ve ever played at. Fortunately, I had an epic band, and although my Korean isn’t too great and English wasn’t their first language, we communicated through our love for music and performing, I gotta give it up for music legend Danny Jung for putting the band together for me.”

Lullaboy was also invited as a celebrity guest for Good Friends, a Korean TV show that aired on SBS Plus and on YouTube. During his 3-episode stint at the popular reality and game show, he was able to experience the world-class Paradise City Resort, the beautiful Jangbong Island, and get to dance with K-Pop stars Wei.

At present time, the Singapore-based multihyphenate is working on his new album, Chapters of You, to be released early next year. The 12-track record chronicles the different sides and facets of love, in all its complicated gloriousness. As the Gone Too Long singer-songwriter puts it, “Every song tells a different story and I hope that my listeners find comfort in relating to them. No matter what you’re going through, I’m sure there’s at least one song in there that you can call your own.”

In an official statement, Lullaboy also revealed that he’s currently undergoing writing and production sessions with some of the finest people behind the Korean music industry, including producers and songwriters working with YG, JYP and SM. To date, Lullaboy is one of the most-streamed English-language artists in Singapore, with more than 18 million streams and 1.5 million monthly listeners on Spotify alone. His single “Someone Like You” gathered traction all over Southeast Asia, particularly in his home country, Indonesia and Singapore.