TOYOTA Motor Philippines Corporation (TMP) was honored with the 2019 Philippine Quality Award (PQA) for Performance Excellence by the National Government through the Department of Trade and Industry (DTI). The country’s leading automotive company attained the PQA Level 4, the highest level of national recognition for exemplary organizational performance in Total Quality Management (TQM). 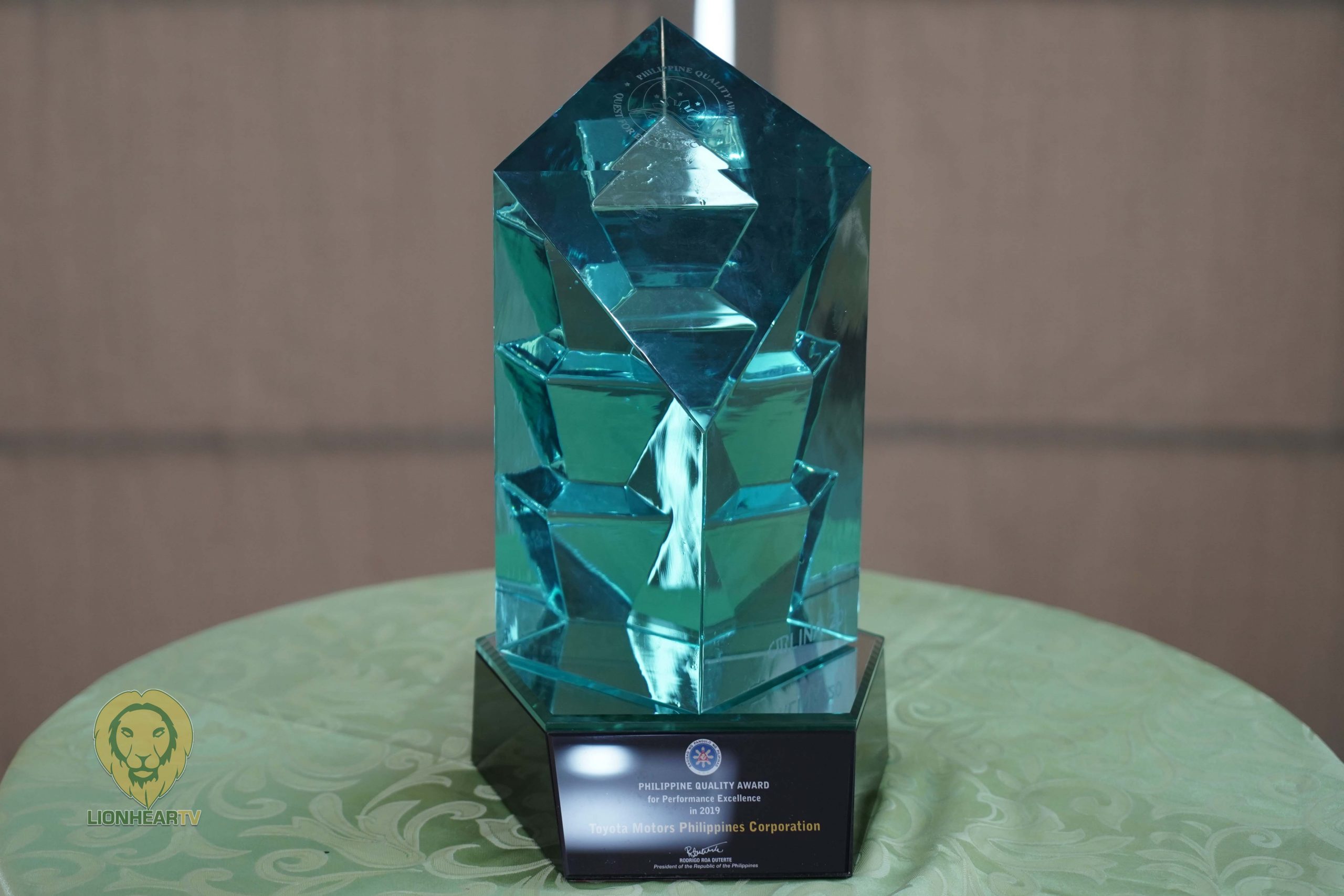 “I am with you in honoring public and private sector organizations who have embodied excellence in their pursuits. I call on all the awardees to continue your work that redound to the benefit of our people.” said President Duterte in the PQA Conferment Ceremony.

TMP is the first automotive manufacturing company in the Philippines to become a PQA recipient. Moreover, TMP is the second Philippine organization in PQA’s 22-year history to achieve Level 4, the “Philippine Quality Award for Performance Excellence.”

TMP chairman Alfred V. Ty said, “TMP is honored to receive such high distinction in the PQA history, as well as to share TMP’s best practices that can serve as benchmark for other Philippine industries.”

In its sharing of best practices, TMP underscored that the company’s consistent industry and market leadership would not be possible without its customers trust over the past three decades. TMP’s achievements are the result of its strong commitment to total quality and excellence embedded in every aspect of its operations.

TMP said its stable base of business also lies in its Toyota core values, creative ways of managing resources, as well as rich experience in manufacturing, logistics, sales, and after-sales operations.

The country’s largest carmaker is responsible for the development of domestic automotive manufacturing industry. TMP currently produces the best-selling Vios and Innova models. It ensures the timely delivery of Toyota vehicles across the nation through its expansive logistics facilities, including the newly inaugurated Batangas Vehicle Center. Through its highly skilled team members employed in the Toyota Network, TMP works to create an outstanding customer experience while serving the nation’s mobility needs.

For his part, TMP president Mr. Atsuhiro Okamoto said, “The PQA award further inspires us to continue to improve and ultimately help our business become more sustainable, especially with new ventures that we are taking on.”

“The PQA’s focus on customer-centricity reminds us to be much interlinked with the rapidly changing market, especially as we develop a total mobility solution that will be an enabler of inclusive growth for more stakeholders,” he added.

“We are also thankful to the DTI-Competitiveness Bureau for its motivation to companies, regardless of size or sector, to uphold quality and contribute to national competitiveness,” said TMP vice chairman Dr. David Go. “With the strong and continued support from the Government, we believe local manufacturers like TMP can develop the capability to compete in the global arena and drive economic growth.”

Established in August 1988, TMP is the largest automotive manufacturing company in the country with a work force composed of over 3,500 team members. It has the widest vehicle line-up and most extensive distribution network with over 70 dealers nationwide.

The PQA is a national award program that recognizes achievements of organizations in their journey towards performance excellence. It was the centerpiece program of the National Action Agenda for Productivity (NAAP) in 1997, the blueprint for the country’s integrated approach to improve economy-wide productivity.

The PQA was institutionalized in 2001 through the signing of Republic Act 9013, also known as the Philippine Quality Award Act. The PQA sets a standard of excellence to help Filipino organizations achieve world-class performance, and serves as a template for competitiveness based on the principles of TQM.