The television special “Adele: One Night Only,” a musical extravaganza celebrating one of the world’s best-selling artists, will be airing on MYX this Saturday (December 4) at 10 pm.

“Adele: One Night Only” is the long-awaited return of the English singer-songwriter featuring extraordinary performances of her beloved hits as well as the songs from her newly released “30” album. Oprah Winfrey also joins the two-hour special as host of the Q&A portion. 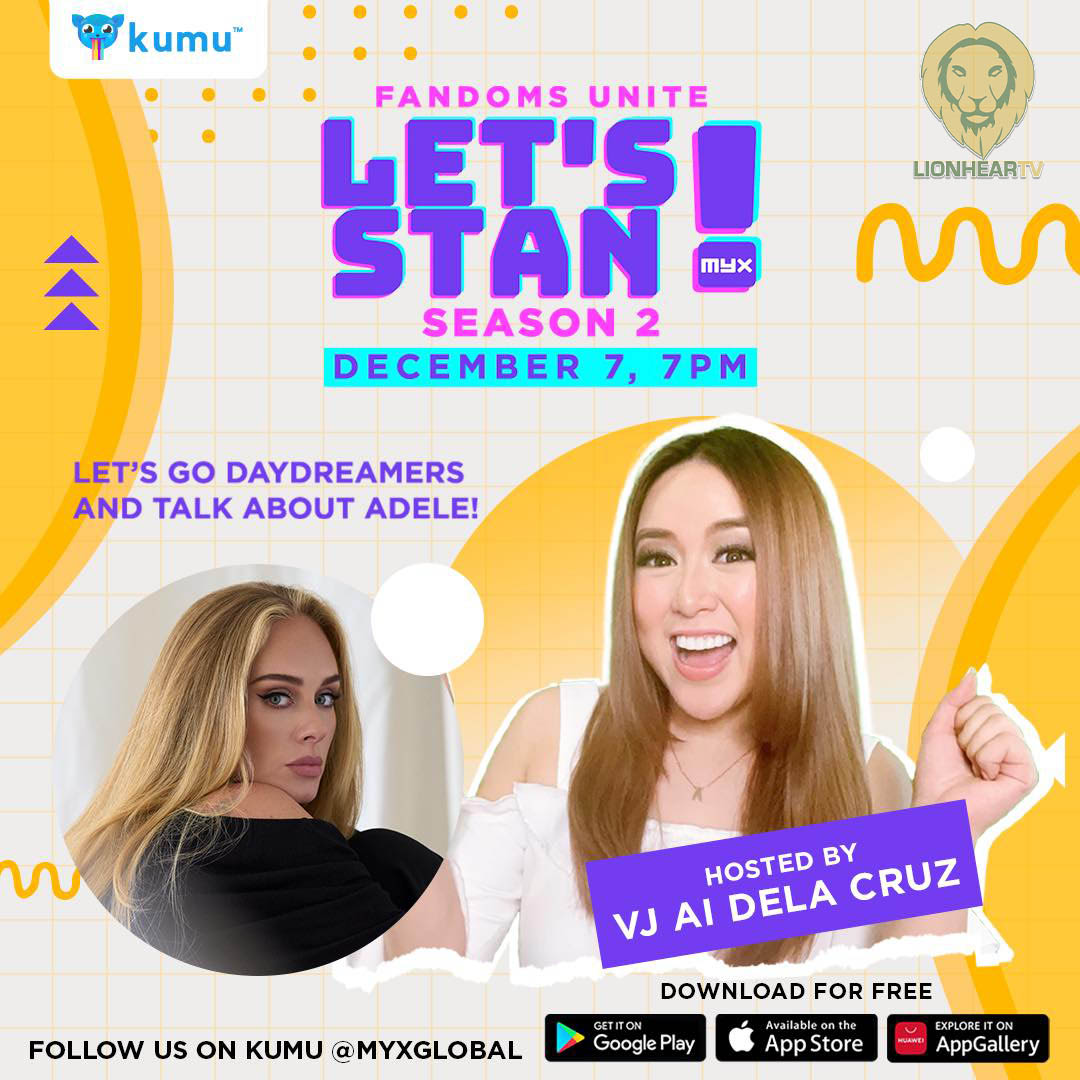 The fun continues on MYX’s kumu show, “Let’s Stan” as it returns for a brand new season starting Tuesday (December 7) at 7 pm with VJ Ai Dela Cruz inviting fans of Adele, collectively known as Daydreamers, to talk about the music of the superstar.

The Japanese survival show “Who Is Princess?” is also on MYX this month. The reality competition features 15 young, aspiring Japanese teenage girls who undergo rigorous training until five of them emerge as members of the next big K-Pop group.