American TV personality Carson Kressley has received numerous backlash after not including Catriona Gray in his favorite candidates during the 67th Miss Universe. 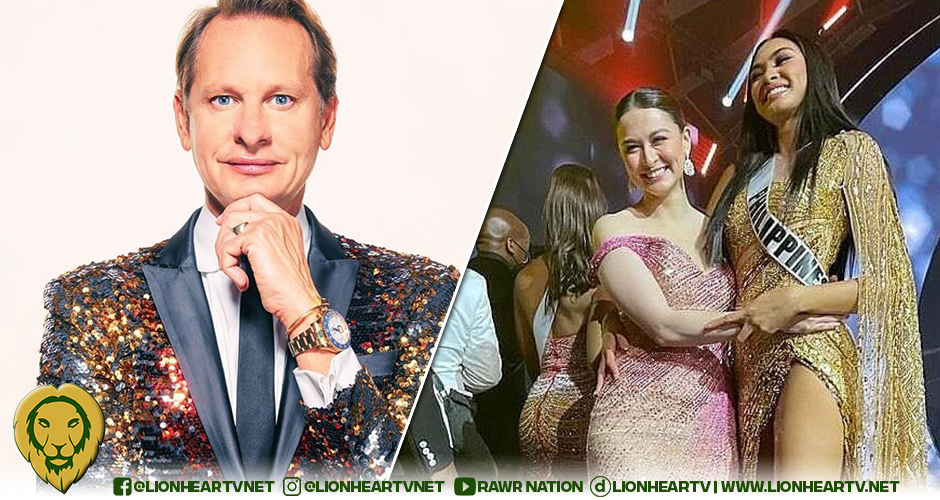 Now, he has shown his support for Miss Universe Philippines Beatrice Luigi Gomez.

Both Kressley and the American supermodel Lu Sierra were the pageant analysts during the Miss Universe 2018 that was held on December 17, 2018, in Impact Arena, Bangkok, Thailand.

The two received a lot of bashing after Filipino pageant fans speculated that they were not in favor of Gray winning the Miss Universe title.

During the recently concluded 70th Miss Universe, Kressley, and Miss USA 2019 Cheslie Kryst were the pageant analysts for the Miss Universe 2021 that was held in Eilat, Israel.

Instead of receiving backlash, Kressley was much-admired by Filipino pageant fans after showing his support for Gomez.

Kressley praised Gomez’s tattoo and the Francis Libiran gown she was wearing:

“All the gold showing off and that tattoo as well,” Kressley commended Gomez, picking the latter’s evening gown as one of his favorites among the 10 finalists.

Netizens say that Kersley rooting for the Philippines is a form of character development—learning from his experiences with Gray.

Carson: “everyone is loving the Philippines”

Girl u have no idea the no. of Filipinos based in Israel. We’re everywhere miss maam. #MissUniverse #MissUniverse2021