Aside from delivering every Filipino’s comfort food, Jollibee has also made its name as a brand that delivers powerful and heartfelt stories through Jollibee Studios, their official YouTube channel that houses their ever-popular short films. 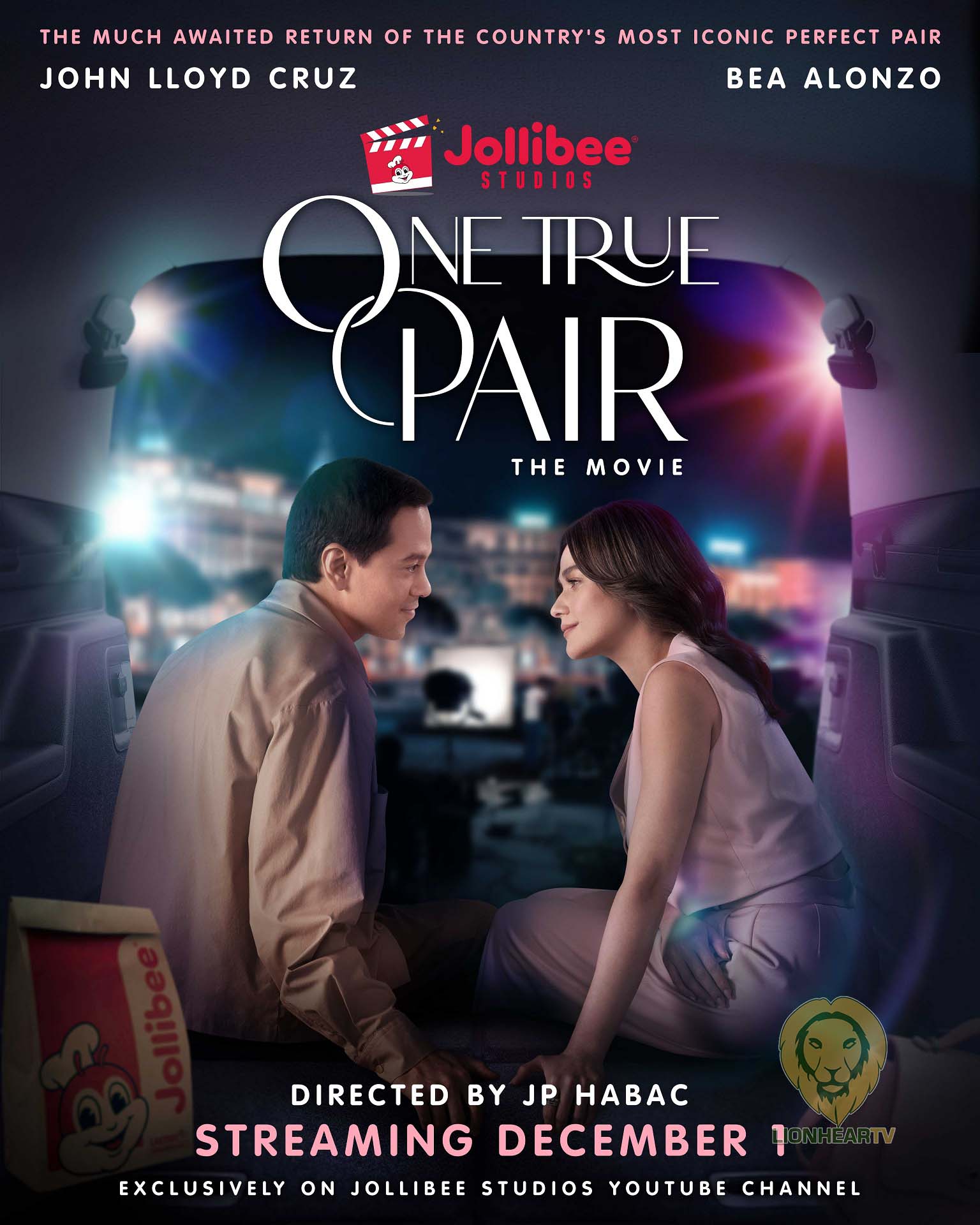 In its newest offering, Jollibee is tackling a deeper kind of love—something the brand has yet to talk about, until now—one that goes beyond romance.

“From our very first Kwentong Jollibee in 2016, to the laugh-out-loud Petsa de Peligro series of 2017, and the One True Pair shorts that started in 2018, our stories have focused on the everyday lives of Filipinos, with lessons and messages on hope, love, inspiration, and joy,” said Francis E. Flores, Jollibee Foods Corporation Philippines Country/Regional Marketing Head. “With One True Pair The Movie, which brings together one of the most loved and iconic love teams in the Philippines, John Lloyd Cruz and Bea Alonzo, we wanted to tell a heartwarming story about a love that lasts and transcends time and romance.”

The film is directed by award-winning director JP Habac and produced by Publicis JimenezBasic and Unitel x Straightshooters.

The film tells the story of Ian del Rosario (played by John Lloyd Cruz) and Gela Rosales (played by Bea Alonzo)—both famous celebrities who have worked together in the past and are collaborating on a new project. They talk about the lessons they learned about love and life, and how they both played a huge part in each other’s life.

“It was such a joy being able to work with Bea and John Lloyd for this film. As seasoned and award-winning actors who have also been lifelong friends, they bring maturity to the story that makes it highly relatable and gives weight to the message that when you love someone, you love them forever,” Direk JP said.

With John Lloyd and Bea being friends and co-workers for decades, and because the two found that some parts of the story mirror their relationship, both gave their insights and inputs during the script development.

John Lloyd and Bea started being the Philippines’ One True Pair in 2005, which was followed by a box-office hit a year after. Their chemistry and star power were such that they starred for more several box-office hits which cemented them as one of the top love teams in the country.

One True Pair The Movie shows how Ian and Gela reconnect and how their relationship evolved over time and how, despite things changing, many remain the same.

These are some of the dialogues in the film that shows how it was crafted to show both the complexity and simplicity of loving someone.

“When it comes to developing a Jollibee Studios story, the marching orders are always about making it real, universal, and full of hope and that’s what One True Pair surfaces effectively,” said Tats Cruz, Publicis JimenezBasic, Head of Agency. “It’s really a very simple story that tells hard-hitting truths about loving someone.”

One True Pair The Movie is the first in a slew of original entertainment content from the revamped Jollibee Studios YouTube Channel–the brand’s hub for its powerful and compelling digital and truly Filipino stories. The film is also one of many that will be starring A-list celebrities, all of which will be exclusively available on Jollibee Studios.

Watch One True Pair The Movie via this link and don’t miss any of the new and exciting films and series from Jollibee Studios by subscribing to the channel.