Vivian Velez, director-general of Film Academy of the Philippines (FAP), on Wednesday, December 1, expressed her disappointment in Sen. Christopher “Bong” Go who withdrew his candidacy and will be giving her vote to Manila City Mayor Francisco “Isko Moreno” Domagoso instead. 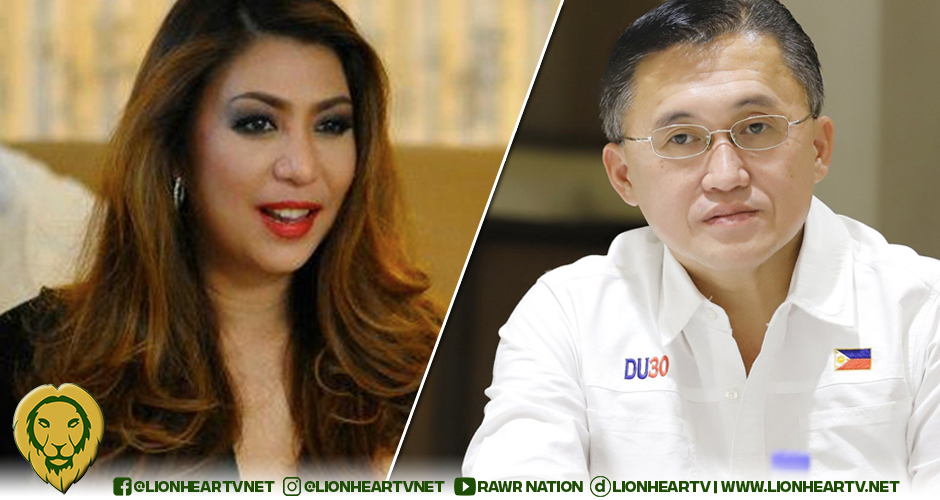 Go has announced earlier on Tuesday, December 30, that he will be withdrawing from the presidential race, saying that he does not want President Rodrigo Duterte to be trapped in the middle now that Ferdinand Marcos Jr. has his daughter Davao City Mayor Sara “Inday” Duterte-Carpio as running-mate.

For the past two days, Velez has been endorsing Go as her president, claiming that the senator can be trusted by the Filipino people.

On November 30, Velez was still hoping that Go will not withdraw his candidacy, saying that it was not official yet.

But after the Senator confirmed that he has indeed retracted from the race, Velez still encouraged Go to “keep his vow,” which was to continue the “legacy” of President Duterte.

However, Velez said she will be voting Domagoso as her President, even if Duterte-Carpio is with Marcos.

The post was then ridiculed by BBM supporters and Velez responded by stressing that she has the freedom to choose Domagoso as her president.

Velez, however, is still hoping that her first choice, which was Go, would still run for president as she posted a photo that says, “Kuya Bong Go walang iwanan.”

She also posted a video of an elderly woman pleading to Sen. Go not to withdraw his candidacy.

Velez then hits at the Marcoses as she shared a clip of Sandro Marcos, son of Marcos Jr., expressing his disgust that supporters of Go have chosen his father to be a second option.