On Thursday, January 13, Netizens believed that Andrea Brillantes had cried herself to sleep after noticing she had swollen eyes in her latest TikTok video. 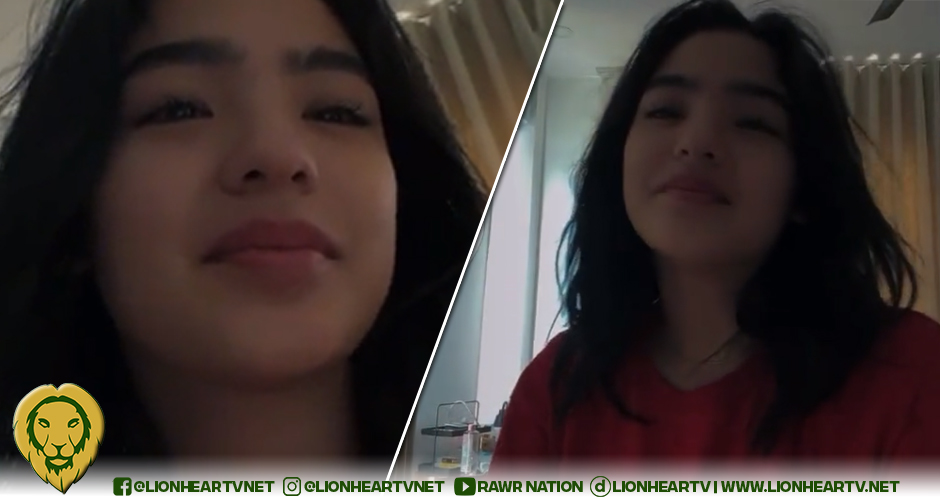 In the video, the actress, who shared that she had just woke up, was lip-syncing Selena Gomez’s song Lose You To Love Me:

“I gave my all and they all know it. You turned me down and now it’s showing. In two months, you replaced us. Like it was easy. Made me think I deserved it.”

Her eyes were noticeably swollen, which concerned many of her fans.

It might be related to the current issue she’s dealing with since her on-screen partner, Seth Fedelin, was discovered to have celebrated New Year with Francine Diaz and her family. Diaz is currently paired with Kyle Echarri.

Over Twitter, several netizens expressed their sympathy to the award-winning actress as they concluded that her latest discovery deeply hurt her.

my baby don't deserve that too much pain : ( https://t.co/oMZinHkNUb

WE LOVE YOU ANDRE B https://t.co/LRajNC3KVr

WE LOVE YOU ANDREA B https://t.co/KtEFgtp6Xu

Some even stressed that Brillantes doesn’t need a man who hurts her.

pls im so tired seeing u like that. u dont need no man 🙁 https://t.co/fQiMkkyOwa

While many expressed support to her, some thought that she was being “overdramatic.”

A netizen even called the actress “immature” after publicizing the issue she was dealing with.

“Just woke up” so u just woke up and chooses to worsen the issue instead of talking about it in private? We are not invalidating your feelings pero you are being immature:( https://t.co/SLYYpBvkE5

Others noted how the Brillantes was selective after finding out that she still follows Fedelin.

all this for a man? i admit na maganda ka and u can even shine alone but stop making yourself look like the victim every fucking time :/ bakit si chin lang inunfollow mo earlier? lol https://t.co/qgHOz5rXEG

A netizen then defended the actress, calling the haters “insensitive.”

Other than her criticism, a netizen pointed out that this may be a stunt for their upcoming movie.

Brillantes, Diaz, Echarri, and Fedelin will top-bill the forthcoming horror film All-Nighter which is currently in the works.

Prior to her TikTok video, Brillantes unfollowed Diaz on her Instagram. She then posted cryptic stories by sharing a screenshot of the music she was playing on her phone: Zack Tabudlo’s Pano.