On Thursday, January 13, talent manager and comedian Ogie Diaz reacted to the informal survey conducted by Cavite Governor Jonvic Remulla and his declaration of BBM presidential win for 2022. 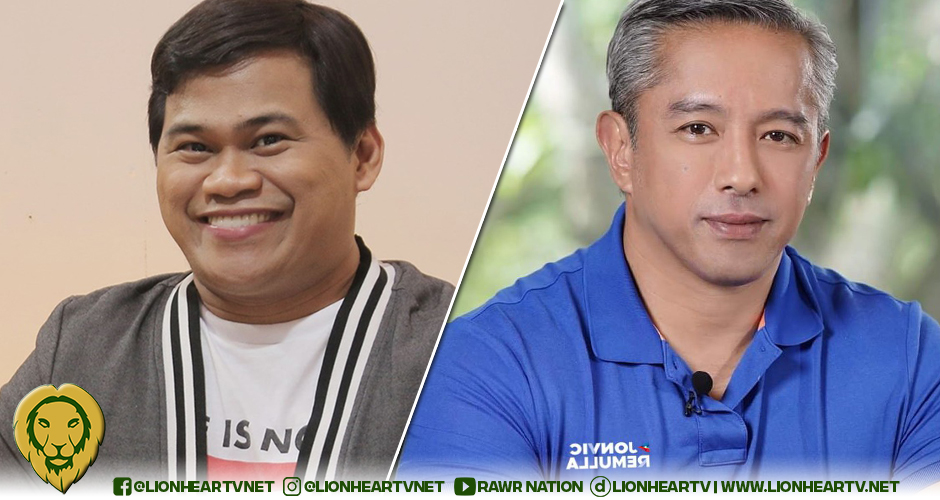 The Cavite Governor disclosed the result of his informal survey for the 2022 presidency on his facebook account that affirmed Bongbong Marcos’s destiny to win the presidency in 2022.

According to the survey, BBM ranked the highest with 62%. Followed by Ping Lacson with 16%, VP Leni Robredo with 9%, Mayor Isko Moreno with 6%, and Sen. Manny Pacquiao, who got 4%.

“Surveys are a snapshot in time. If the election was held today? BBM will win in Cavite by a landslide.”

Remulla was criticized, especially by VP Leni’s supporters, for allegedly deleting an earlier informal survey on twitter. In the deleted twitter survey, Robredo got a high percentage of 81%, followed by Marcos with 11% as of 8:21 PM on January 11, 2022.

In connection to this, talent manager and comedian Ogie Diaz replied on Remulla through a shared news article.

Diaz is known to be a proud supporter of Robredo. He is one of many celebrities in the Philippines who bravely air their opinions regarding social and political issues.

Nevertheless, the presidential candidates remain silent regarding the issue.