Nathan and Raf Juane emerged triumphant for Big Brother’s secret task to hide their real connection with each other from their fellow housemates in “PBB Kumunity Season 10” Adult Edition. 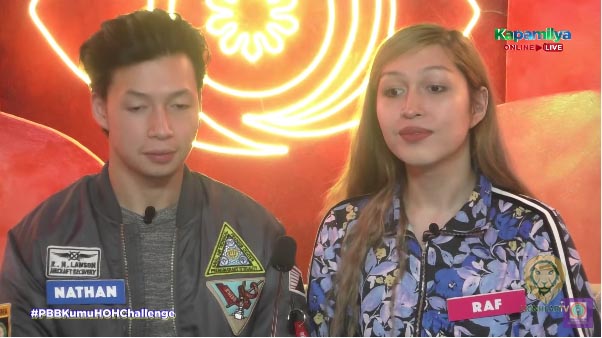 The task was not an easy feat for the Juane siblings as Big Brother assigned Isabel Laohoo as the secret investigator, with the assistance of Seham Daghlas, to find out who among the housemates are hiding a secret.

Nathan and Raf almost failed their secret task when Isabel found out that they go to the same gym, but Nathan, who introduced himself with the fake name, “Policarpio,” was able to divert Isabel’s attention.

Because of Nathan and Raf’s victory, the housemates will receive their weekly budget. The siblings also decided that Nathan will get the immunity pass reward that he can use anytime inside the “PBB” house.

Meanwhile, beauty vlogger Raf also shared her coming out story as a transgender woman, revealing that Nathan was the first person she told about her big secret.

“I got to be open to him, and happily, he’s also very open-minded and open-hearted. I got to explain to him that I am not a boy. I do not crossdress. I am a woman and he was able to accept and not just tolerate me,” Raf said. 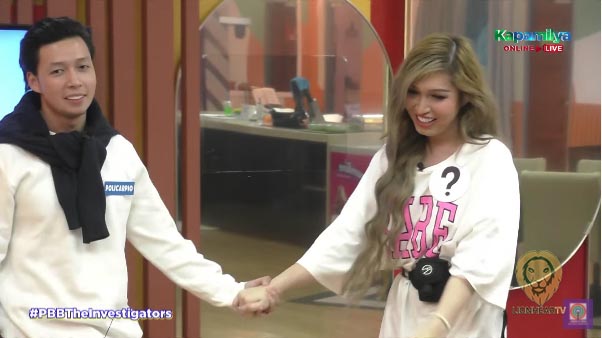 Nathan on the other hand said that their family has no issue when Raf decided to come out. “What my father would always tell us is the greatest commandment is love,” he stated.

It seems like luck is on Nathan’s side this week as he topped Big Brother’s first Head of Household Challenge wherein he got to showcase his skills as a pilot when the housemates had to fly a drone in an obstacle course.

What will be Big Brother’s other surprises this week? When will the three new adult housemates enter the “PBB” house? Find out in “PBB Kumunity Season 10” Celebrity Edition on Kapamilya Channel, Kapamilya Online Live, Jeepney TV, A2Z, iWantTFC, and TFC every 5:45 pm on weekdays with replays at 11:10 pm. Meanwhile, it will air every 7 pm on weekends.