Popular Web traffic analytic services, Alexa and similarweb ranked ABS-CBN Corporation’s website–ABS-CBN.com as the most popular in the country. 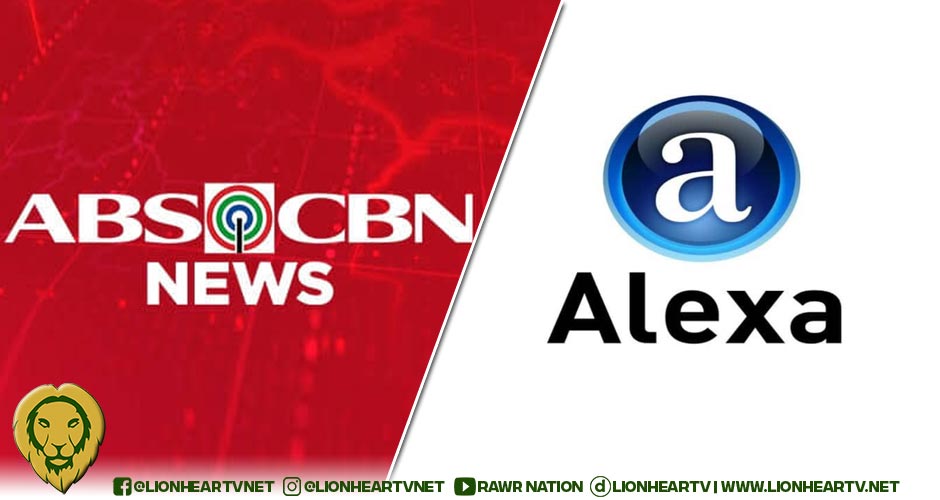 Based on the latest data published by various Web traffic analysis sites, including Alexa.com and similarweb.com–it revealed that ABS-CBN’s news website reigns supreme over all other news sites in the country.

According to similarweb.com, in the past three months alone, news.abs-cbn.com received 31.8 million visits from December 2021 to February 2022, while its parent site, ABS-CBN.com, was visited 53.4 million times during the same period.

That said, the company maintains a network of top-visited sites for its various subsidiaries, including iWantTFC/TFC, Star Cinema, and myx.global. 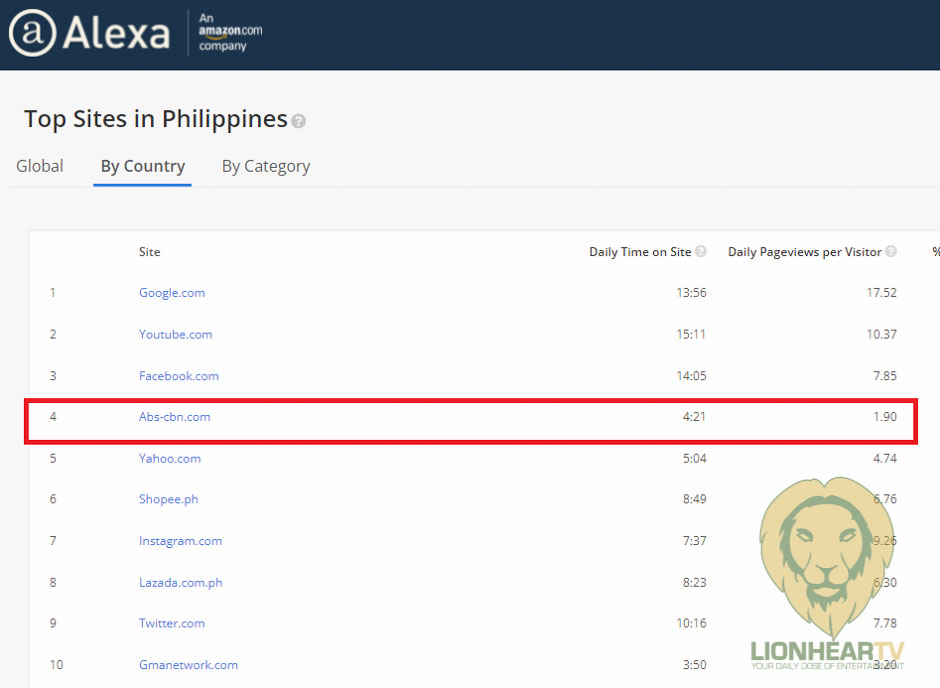 ABS-CBN.com is ahead of other popular global brands like Yahoo, Shopee, Instagram, Lazada, and Twitter. Only social media and search engine behemoths, Facebook (no.3), Youtube (no.2), and Google (no.1), are ahead of the network. GMA Network, on the other hand, ranked 10th.

ABS-CBN.com has kept its position as one of the top sources of information in the country, as it emerged as the most visited and most viewed website in the country for the last 10 years.

As of January 2022, ABS-CBN News is listed as one of the top publishers on facebook, and the only Philippine website in the top 20, including global news providers, BBC, Dailywire, CNN, NBC News, and Fox News, among others.