The star of the upcoming primetime series, 2 Good 2 Be True, keeps her crown as the most successful actress of her generation. 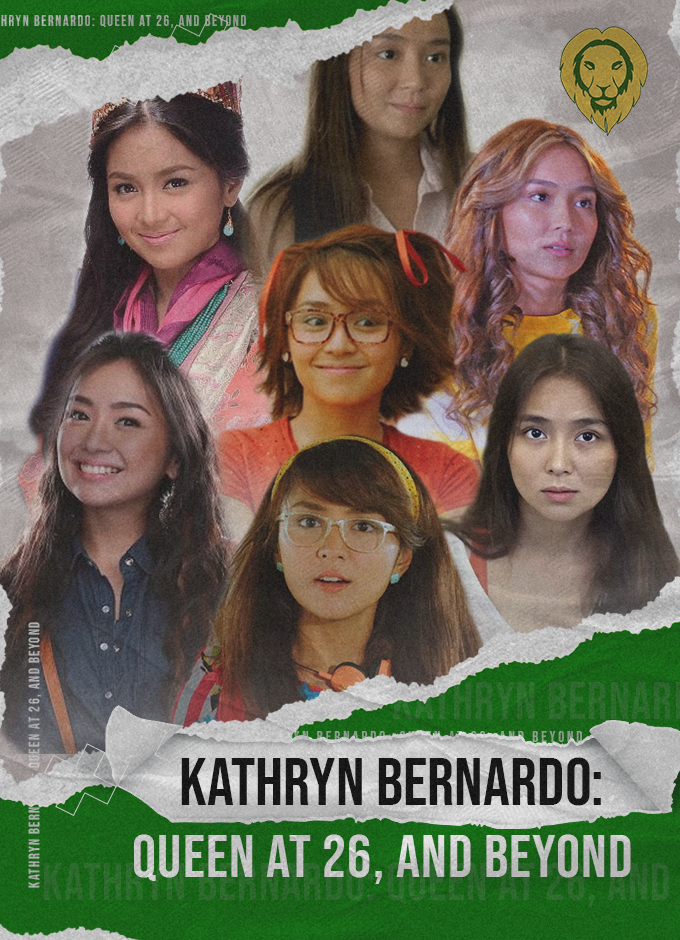 Kathryn Bernardo has been on teleserye hiatus for nearly five years now and will end once her highly-anticipated comeback, 2 Good 2 Be True, debuts very soon.

The series also marks the return of KathNiel, the phenomenal love team she forms with her long-time sweetheart, Daniel Padila via television.

It’s not commonplace that a young star captures key segments of the entertainment industry. Bernardo isn’t just a television star; she’s a rating magnet, with most of her shows finding their way to the top of the charts.

She is not a regular movie star; she is literally the queen of the local cinema—at least, of her generation.

Two of her films were named the highest-grossing local films of all time, with 2019’s Hello, Love Goodbye, keeping its distinction as the most commercially successful film ever produced by a Filipino production outfit. She is the only actress to receive two Phenomenal Box Office Star trophies, a testament to her unparalleled movie star power.

She is one of the most in-demand product endorsers and a platinum-certified recording star. 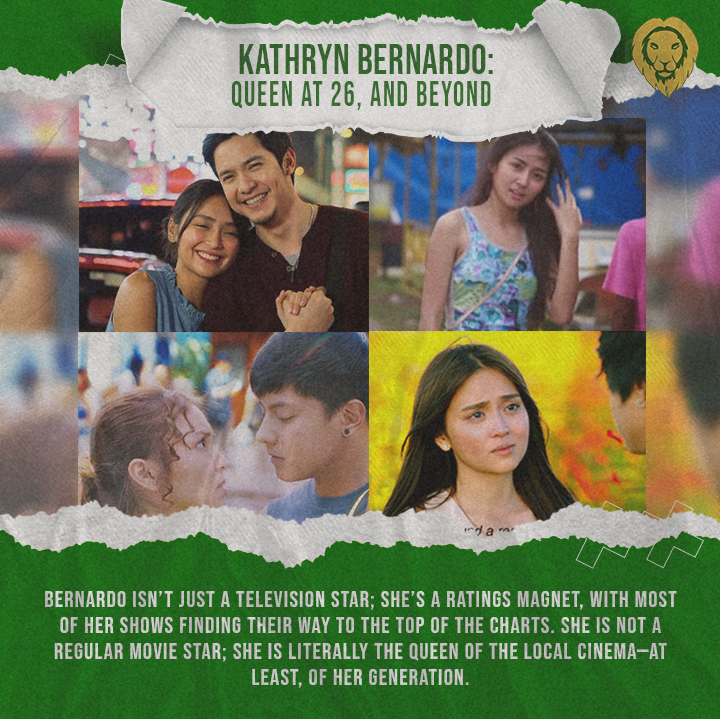 Her massive box office appeal is no longer questionable. She managed to duplicate KathNiel’s biggest box-office milestone (The Hows of Us) and also set another record for the local film industry, all by herself. Hello Love, Goodbye, which she starred along with Alden Richards, sits today as the undisputed highest-grossing Filipino film of all time.

And now, as she turns 26, the Kapamilya and Star Magic queen, further stakes her claim to domination. She solidifies her claim to the throne that continues to revere her as its only occupant, a queen with a lifelong crown. This year, her much-awaited reunion with her long-time partner, Daniel Padilla, will prove she still has it—the magic her fans have always known. 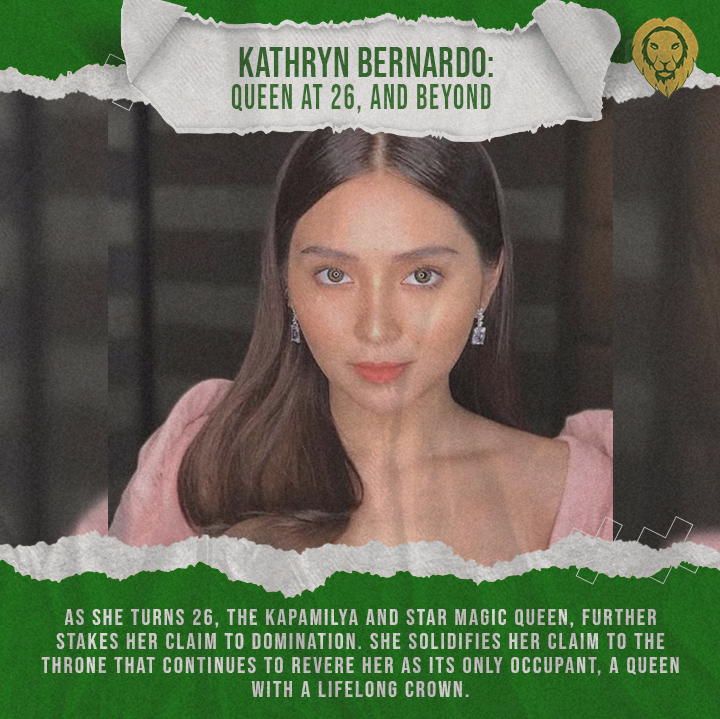 There is no doubt that Bernardo will remain the face of her generation, so as the face of a television and movie industry that has long waited for her arrival.

In 2022, her continued ascent won’t be too good to be true. And as the movie industry that has come to a halt for two long years finally starts reopening, she will prove again that she is the undisputed reigning movie queen.