GMA Network unveiled its eight offerings for April and May 2022. 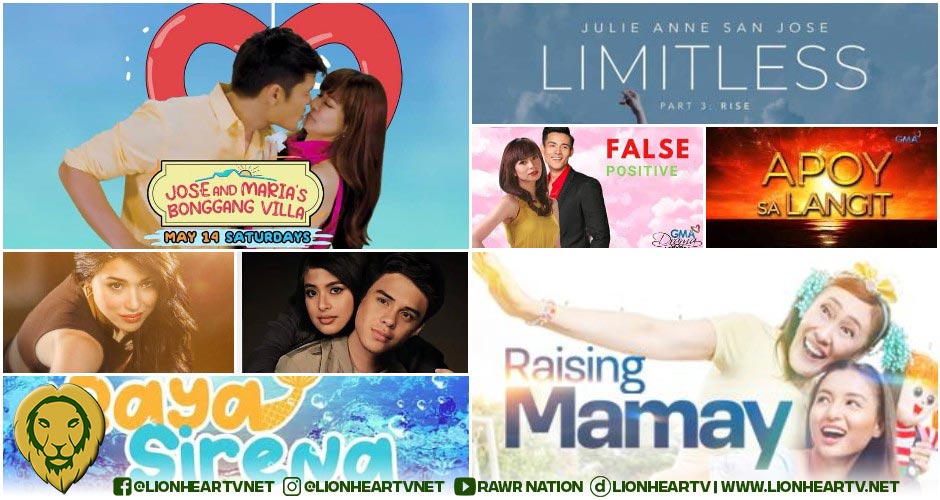 Here is the list of new Kapuso shows that will make your summer more exciting:

The sitcom is the much-awaited project of Kapuso Primetime King and Queen Dingdong Dantes and Marian Rivera.

The teaser uploaded on Saturday, April 9 showed them having a cozy moment together while enjoying grilled snacks.

Jose and Maria’s Bonggang Villa will premiere on May 15 on GMA Pinoy TV.

This will be the first tandem project of Aiai Delas Alas and Shayne Sava who will play Letty and Abigail. Raising Mamay showcases the medical challenge that dramatically reverses the role of a mother and her daughter.

False Positive is top-billed by Glaiza De Castro and Xian Lim, where they will play Yannie Dela Guardia and Edward Dela Guardia, respectively.

Irene Emma Villamor directs it. Its premiere date has been confirmed for this coming April 25.

It will be topbilled by sina Zoren Legaspi, Maricel Laxa, Mikee Quintos and Lianne Valentin. Apoy Sa Langit showcases an unusual story of betrayal that involves money and family affairs.

Kylie Padilla is set to star in the series Bolera, in which she will play the role of a billiard genius.

She will work alongside Kapuso actors Rayver Cruz and Jak Roberto.

This mystery-romance series will star real-life couple Gabbi Garcia and Khalil Ramos. According to Garcia, the show will also tackle mental health.

They will be joined by a cast of talented stars, including Xavier Ramos and Elias Point. Raya Sirena will premiere on April 24.

The musical trilogy is a finalist at the 2022 New York Festivals TV and Film Awards for the Entertainment Special: Variety Special category.

So far, these are the latest details revealed by GMA Network for their new shows. Stay tuned for more!