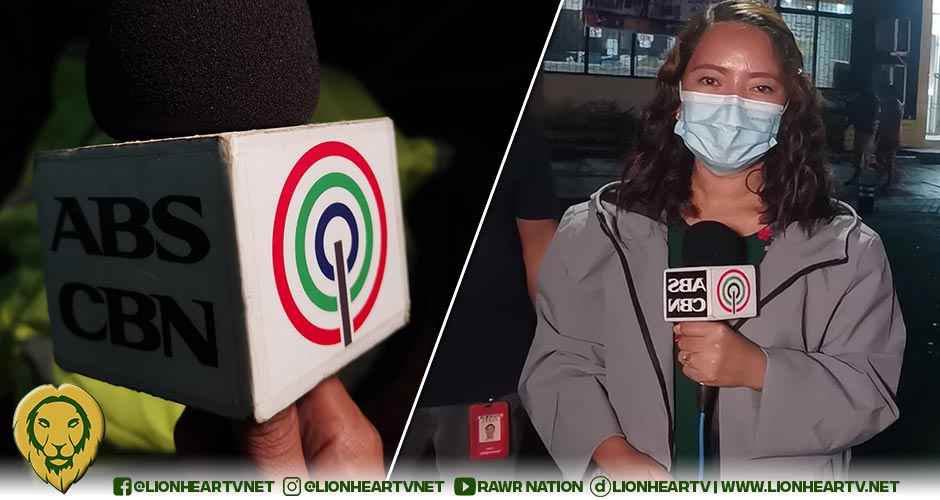 In a facebook post on Wednesday, April 13 Evite happily shared her experience to go live again on TV patrol for a special news report on Typhoon Agaton.

Evite went live from Baybay City in Leyte which is the hardest-hit area when Typhoon Agaton made landfall on Sunday, April 11.

“I thought I wouldn’t be able to hold an ABS-CBN microphone again after August 2020, but here I am. I may be here in Baybay City, Leyte to tell stories of tragedy but please allow me to thank ABS-CBN for this opportunity to be a Kapamilya storyteller again even for this special coverage only. #ForeverKapamilya” she wrote.

She was one of the thousands of Kapamilya employees who were retrenched following the denial of the ABS-CBN franchise in July 2020.

The Kapamilya network had to let go of most of its employees after 70 Duterte-allied and Cayetano-led congressmen voted to reject the ABS-CBN franchise renewal application.

However, during the extensive hearings, resource persons from different government agencies vouched that ABS-CBN did not violate any provisions from its franchise.