This year, TV Patrol, ABS-CBN’s flagship newscast is its second year not being aired on free television.

In May, the Lopez-owned media company–ABS-CBN is already in its second year since its free TV got signed off, following NTC’s cease-and-desist order, due to the expiration of its 1995 franchise.

ABS-CBN’s departure from free television has sent waves of frustration and panic across the entertainment industry. It has also left a debilitating effect on press journalism. The loss of livelihood for thousands of former ABS-CBN employees is one thing, but its sudden shutdown of millions of Filipino homes is a major concern–losing a source of entertainment and information.

But the Network, whose mantra for decades has been, ‘In the Service of the Filipino’ continues to innovate and hurdle the challenges since its shutdown amid the persisting pandemic.

The Network shifted its focus to various platforms that would still legally allow its content-production units to reach audiences.

Since its May 2020 sign-off, ABS-CBN upscaled its investment in international licensing and distribution, blocked timing with franchise-bearing platforms, and revitalization of its cable and other digital platforms.

As ABS-CBN departed from the free TV competition, the Network made its first step to returning to its viewers via the debut of its 24-hr TV channel, Kapamilya Channel, on June 13, 2020.

They had it available on iWantTFC, the Network’s streaming service.

The service was offered subscription-free to viewers, allowing access to many of the Network’s loyal patrons to ABS-CBN’s current and past programs. The Web-streaming channel has since been made freely available on social media platforms, YouTube, and facebook.

ABS-CBN is among the first content providers to allow the thriving of virtual live events.

Through the August 2020 relaunch of KTX.ph, its primary ticketing service, ABS-CBN spearheaded the return of concerts and other live performances to patrons who are willing to pay and witness world-class performances in the comfort of their own homes.

Following this–ABS-CBN News pulled off a similar effort by strengthening its cable TV and online services, including Teleradyo and the ABS-CBN Radio Service.

In late August 2020, the media company officially merged iWant and TFC Online–allowing the birth of iWantTFC, intended to cater to Filipino viewers in both local and foreign markets.

New content is added steadily to the service’s rich multimedia library, including new series, movies, and even ‘special’ productions.

The merge also coincided with the start of The Filipino Channel’s complete migration to high-definition in all its international feeds, marking another milestone of ABS-CBN’s three-decade commitment. 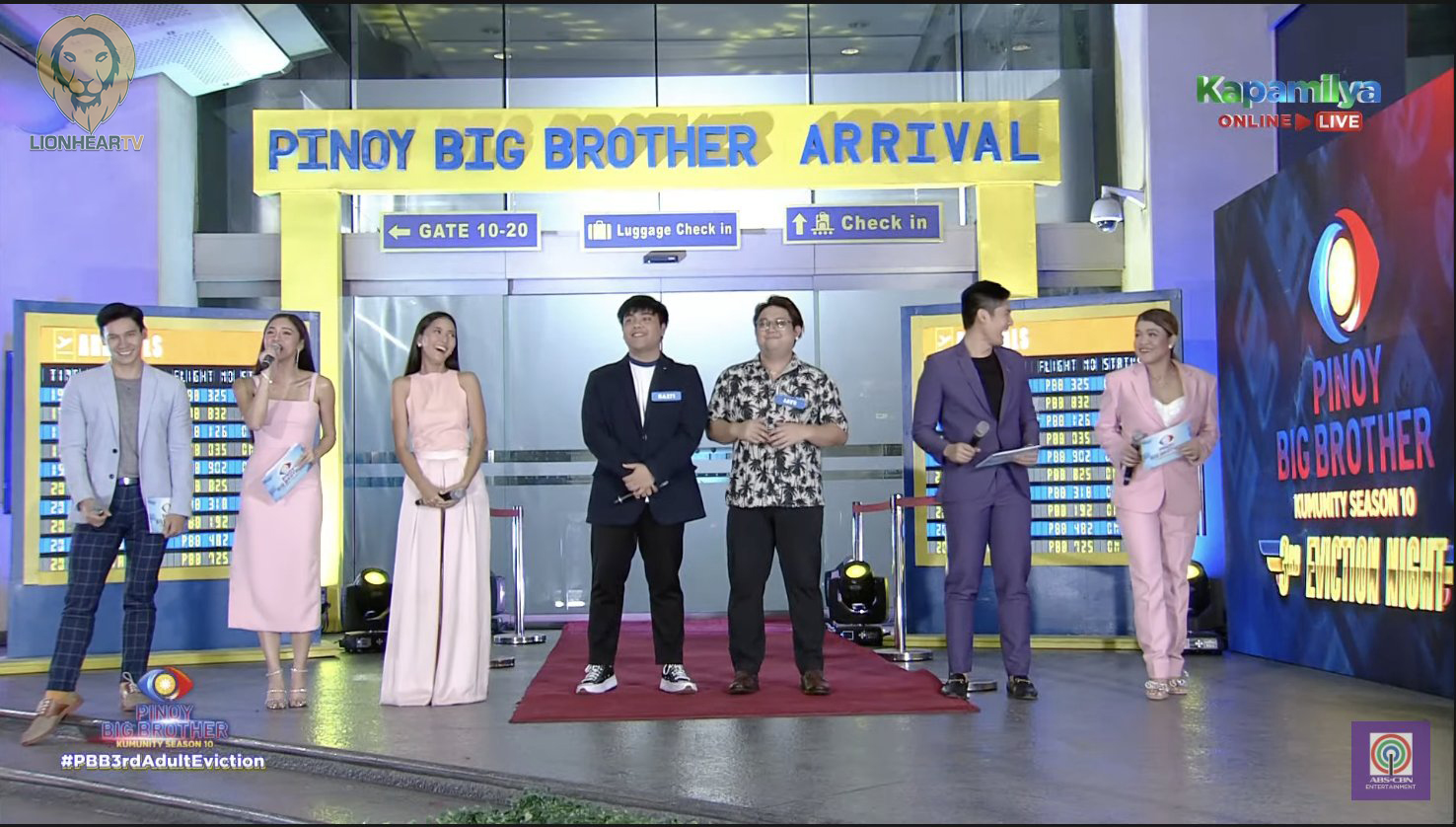 On social media–the Network inked a landmark deal with social streaming service–Kumu in October 2020. The partnership proved as meaningful as it brought back the phenomenal reality show–Pinoy Big Brother on December 6, 2020.

This partnership further expanded with the debut of other streaming-based programs featuring ABS-CBN’s up-and-coming artists.

Part of the Network’s digital revitalization involved the company’s film production outfits–Star Cinema and Blacksheep Productions. It went into producing new content[s] that would be available to the Network’s online viewers.

Blacksheep premiered the boys’ love (BL) series Hello Stranger on June 24, 2020. As pandemic restrictions–disabled theaters and cinema houses from reopening–Star Cinema, on the other hand, tapped KTX.ph and iWantTFC to deliver new films.

Since the onset of the current health crisis, ABS-CBN has released no less than 10 films, including, stream-only films, Princess Daya-Reese, Love or Money, My Lockdown Romance, Four Sisters Before the Wedding, Boyette: Not A Girl Yet, Love At First Stream, and Love is Color Blind. 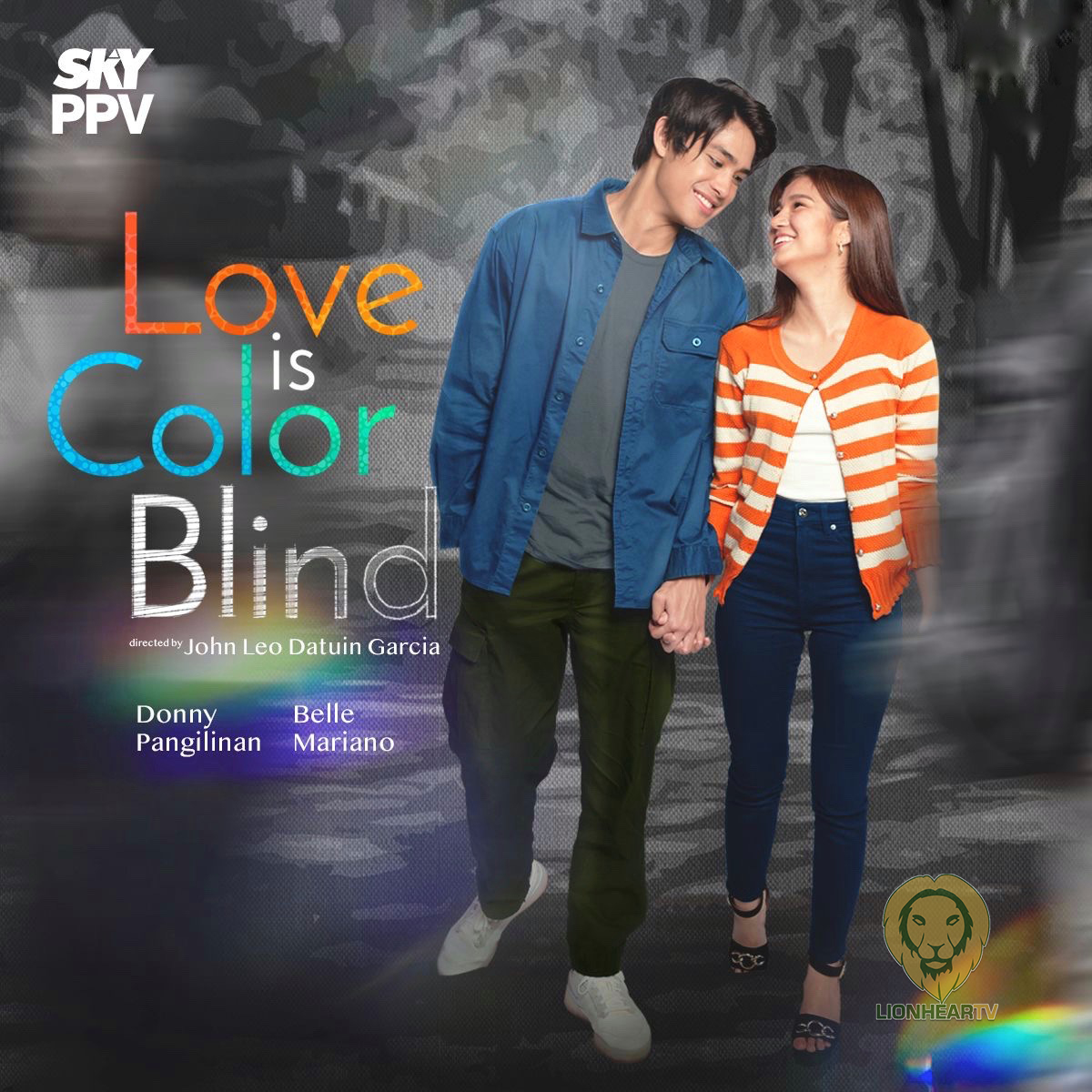 The Network also carried on its film restoration campaign. Hence the recent release of its digitally-restored films on iWantTFC and KTX.pAs part of its efforts to intensify its partnership with foreign producers, ABS-CBN embarked on a collaboration with GMMTV, one of Thailand’s biggest media content providers.

The Network announced its partnership on June 15, 2020, which allowed the Network to air some of Thailand’s most popular titles, including the phenomenal BL sensations, 2Gether, and its sequel, Still 2Gether.

Both shows aired on Kapamilya Channel and the video-streaming service iWantTFC. The partnership expanded further through the subsequent airing of more GMMTV titles, including the comedy I’m Tee, Me Too, and the BL series Theory of Love, and A Tale of Thousand Stars.

The collaboration deals with global distribution and production giants.

The GMMTV deal also enables ABS-CBN to explore myriad opportunities in music, film, and live entertainment that would feature both Thai and Filipino, superstars.

On December 5, 2020, held the virtual fan event of BrightWin Manila: The Virtual Fan Event via the ticketing and streaming platform KTX.ph. GMMTV and entertainment production unit, Dreamscape Entertainment are also reportedly collaborating in coming up with content that features both Metawin Opas-iamkajorn (Win) and Vachirawit Chiva-aree (Bright), the stars of the sensational Thai BL drama.

In December 2020, along with the announcement of ABS-CBN’s upcoming 2021 shows, Dreamscape Entertainment revealed the network’s partnership with the Korean management agency, MLD Entertainment is set to have major developments.

The deal was initially projected to bring together Filipino television and movie star James Reid and Momoland’s member Nancy McDonie in a TV project titled The Soulmate Project. The latest reports now suggest Kapamilya actor Joshua Garcia is chosen to take over Reid.

Last year, ABS-CBN announced the local adaptation of the world sensation–Doctor Foster. It was made possible by a landmark deal with British producer BBC Studios. The Broken Marriage Vow, which stars Jodi Sta. Maria, is now airing on ABS-CBN’s digital platforms and partner TV networks.

In March last year, Kapamilya Channel and free-TV channel A2Z Channel 11 aired the American series Almost Paradise. The series was a collaborative effort between ABS-CBN and the American production company Electric Entertainment. A new season is expected to go filming this year. 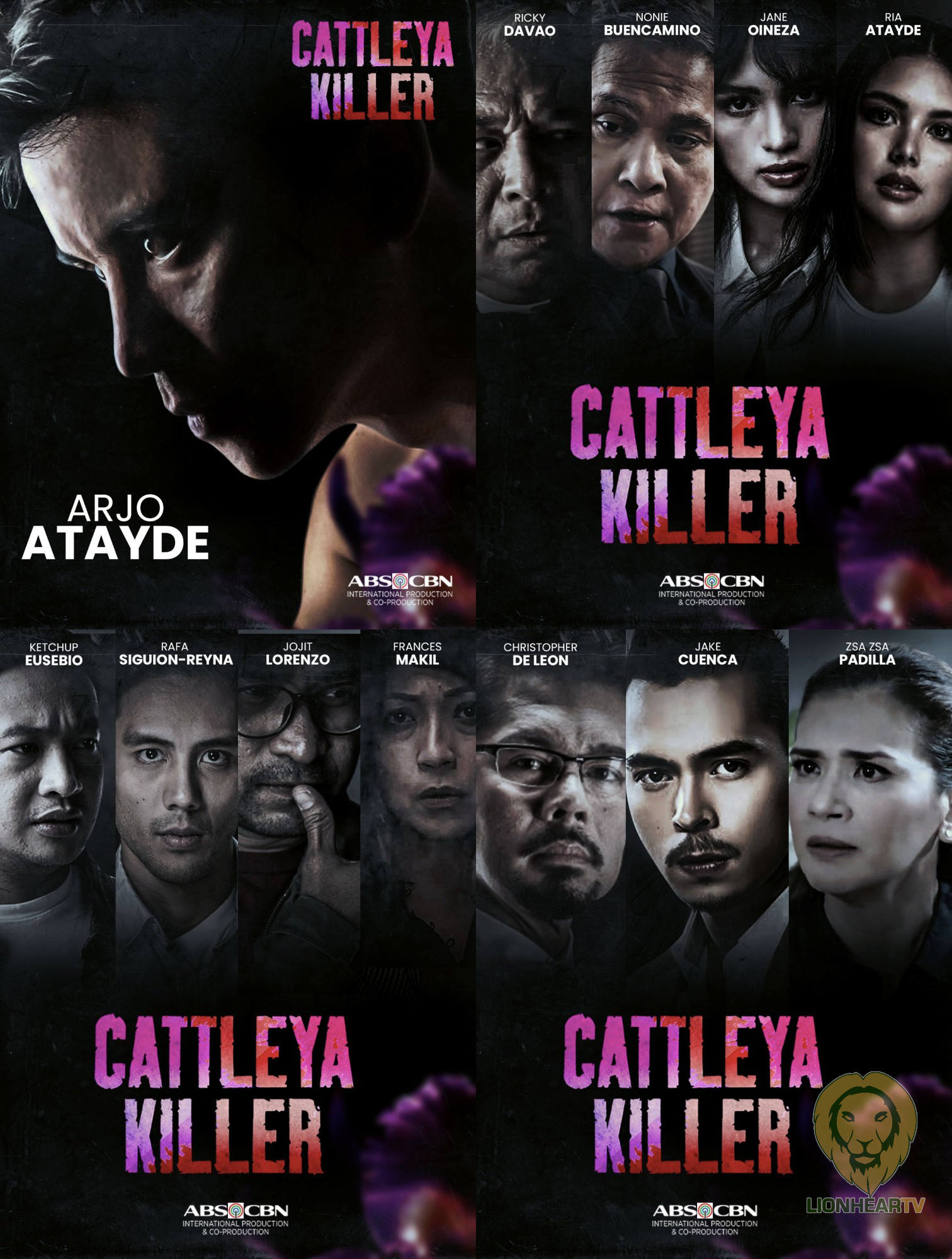 Since January, this year, ABS-CBN has unveiled ambitious ongoing and upcoming productions with various global partners. Through its partnership with Asian and American producers, the Aga Mulach-starred Sa Aking Mga Kamay will finally have its modern adaptation, The Return of the Cattleya Killer, with the multi-awarded star, Arjo Atayde, portraying the title role. Jericho Rosales, meanwhile, will star in his first international series, the prison drama, Sellblock, which is reportedly taking advantage of ABS-CBN’s state-of-the-art soundstages in San Jose del Monte City, Bulacan.

With all these new partnerships, ABS-CBN has entered a new era of intensified collaboration with international producers, alongside its efforts to bring more Filipino content to overseas audiences, through similar partnerships with distributors in Africa, Latin America, and other parts of the world.

Return to Free Television via A2Z Channel 11 and TV5.

ABS-CBN made its return successful to free television via the Zoe Broadcasting Network Incorporated-owned A2Z Channel 11 on October 10, 2020.

The block time arrangement has since then enabled ABS-CBN to bring back Kapamilya programs, as well as debut new programs, for its viewers in Mega Manila and nearby provinces. The channel is also made available to viewers in other parts of the country, via cable television.

ABS-CBN’s former bailiwicks in the Visayas and Mindanao get deprived of Kapamilya services due to A2Z’s limited reach.

The Network goes the extra lengths to expand its free TV services. In January 2021, it secured another block-timing deal with another free TV channel, TV5. It allowed the airing of ABS-CBN programs– ASAP Natin ‘To and FPJ Da King on the Kapatid Network on January 24, 2021.

The deal expanded further with the arrival of ABS-CBN Entertainment programs that included the longest-running action-drama series FPJ’s Ang Probinsyano to the primetime block on March 8, 2021.

Ratings of Kapamilya primetime programs like FPJ’s Ang Probinsyano, the now defunct TV series, Huwag Kang Mangamba, Init Sa Magdamag, and all other shows improved significantly in ratings. It showed an improvement from the first few months after ABS-CBN’s free TV shutdown. In February 2022, FPJ’s Ang Probinsyano, reclaimed its place as the most-watched primetime TV program in the country, while The Broken Marriage Vow, also secured a place in the top 5. 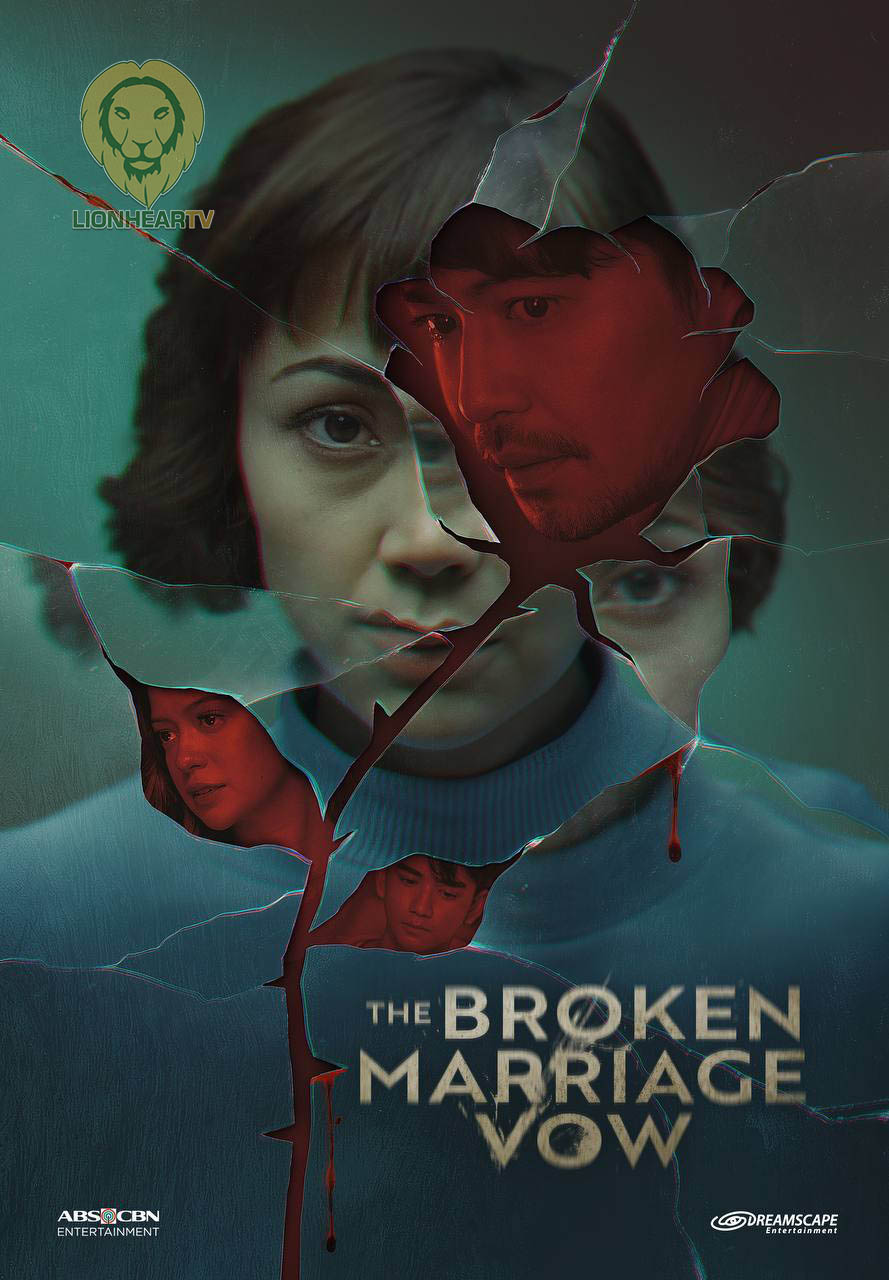 It proved that the block time deals secured the Network in regaining what it had lost, gradually. This improvement in viewership pushed ABS-CBN’s ad rates across its ad-revenue streams.

Online, there are even more impressive feats for the Network as its official accounts on both YouTube and facebook hit record-setting milestones.

The Network keeps its leadership among ASEAN media giants, as the most subscribed media entities on YouTube, as well as the most viewed, in the region.

As the pandemic and the shutdown place the Network in an extremely volatile state, departures of talents and employees become a regular scene at ABS-CBN.

With the dissolution of some of its major divisions, long-running partnerships also opted to leave the Network and search for stronger alliances with other major broadcasters. Some, however, kept their ties with ABS-CBN, and have created a much bigger collaboration via its remaining platforms.

ABS-CBN retained ties with the basketball league MPBL (Maharlika) and resumed its broadcast of the league’s games on A2Z Channel 11. It re-affirmed the survival of ABS-CBN’s practically dismantled Sports division.

Also, ABS-CBN renewed its ties with the Miss Universe organization, as it becomes the exclusive free TV partner of the most prestigious beauty pageant in the world. Through A2Z, ABS-CBN can air both the 2020 and 2021 editions of the pageant.

Following ABS-CBN’s decision to allow homegrown talents to choose between staying with and leaving the Network, a bunch of its big stars subsequently explored opportunities in other TV networks.

ABS-CBN began shifting its focus on its remaining roster of talents. They invested in discovering new ones through talent management arms, Star Magic, Star Hunt, and Rise Artists Studio. 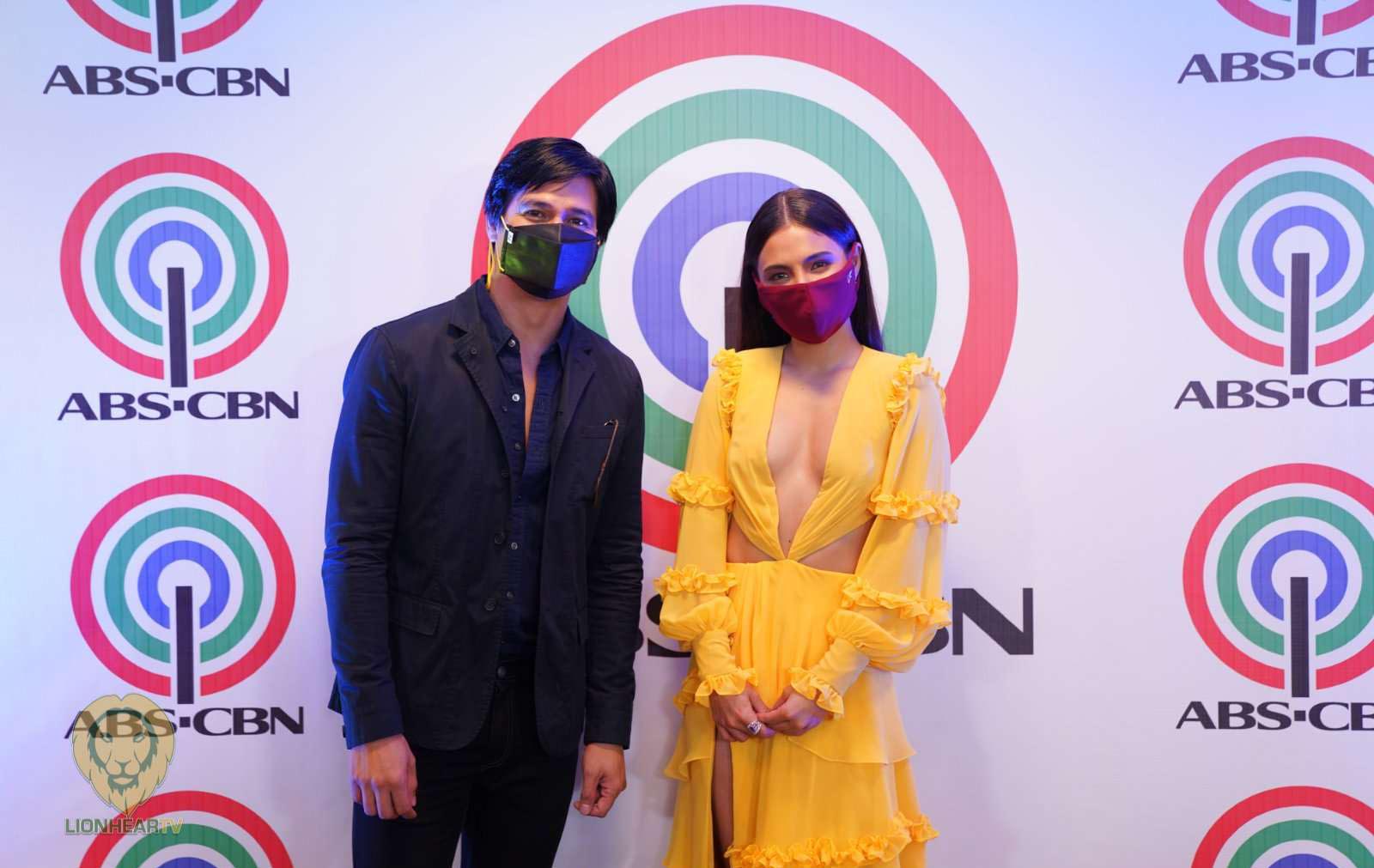 Surprisingly, the Network acquired new talents from its rival networks, even though it remains franchise-less. Among the new transferees is Janine Gutierrez. She shocked her fans when she signed up with ABS-CBN in March 2021. Another homegrown Kapuso star Sunshine Dizon also joined ABS-CBN in the same year, ending her 25-year stint as one of GMA Network’s staples. Lovi Poe, a former primed Kapuso talent, moved to ABS-CBN late last year and is expected to star in her first Kapamilya series this year. 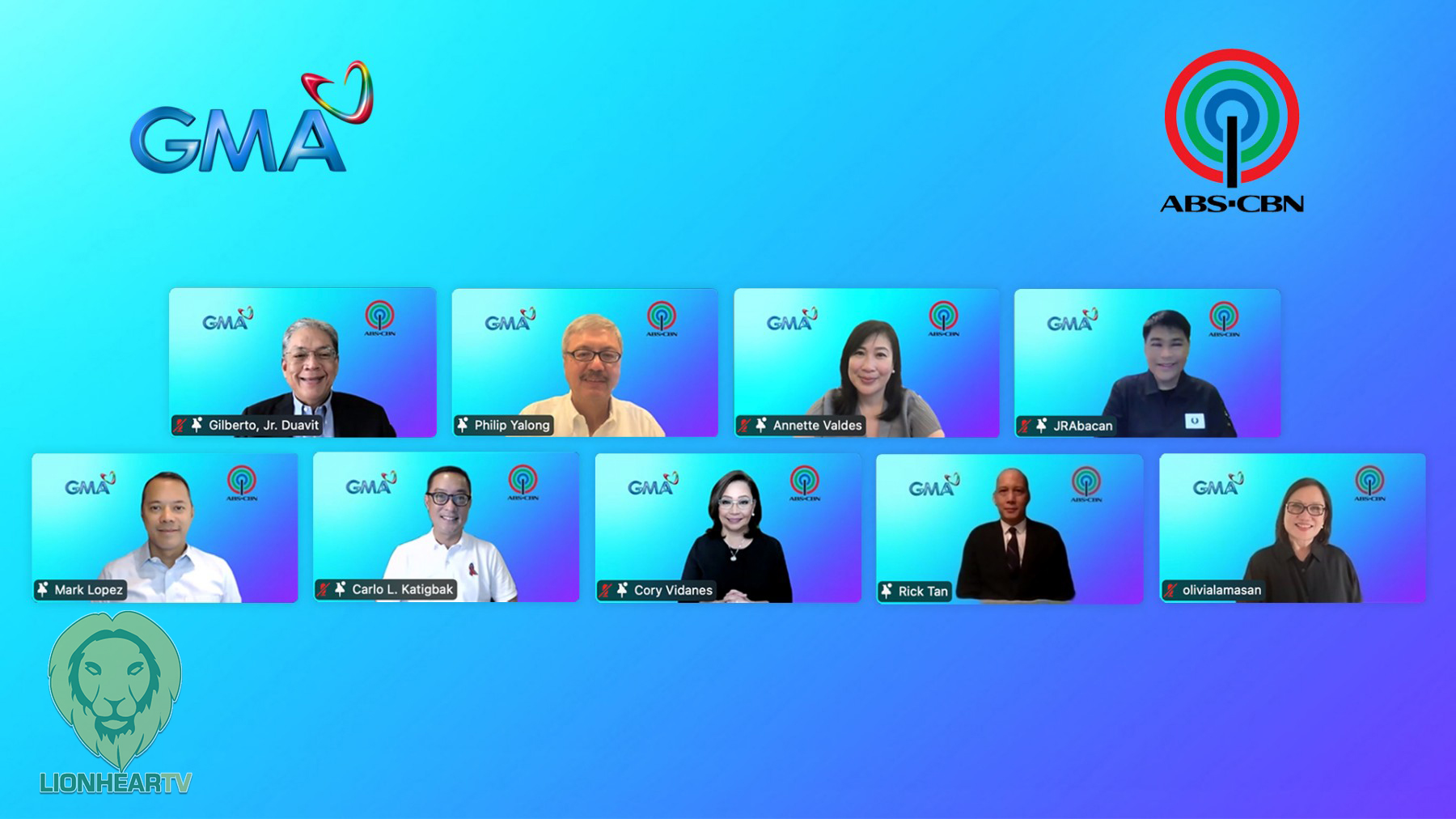 On April 5, 2022, ABS-CBN’s film production arm, Star Cinema, sealed its partnership with GMA Network. The announcement ushered in a new era in the Philippine TV industry and marked a major turning point in the two companies’ decade-long rivalry. Through the said landmark deal, ABS-CBN-produced films will now air on GMA Network’s local TV channels for the first time, allowing Kapuso audiences to savor timeless and well-loved Kapamilya movies, including the ones starred by homegrown Kapuso stars.

As the Network–is almost its second year since it got forcefully shut on air, there is no question that the amount of progress it has carried out is still not enough to return to its former glory.

Rating-wise, the crown belongs to its former biggest rival, GMA Network, and there are no strong indications that ABS-CBN, with its still limited free-TV reach (through A2Z and TV5), can catch up. But there have been notable developments, both in the Network’s bid to reclaim its viewership and expand its already powerful digital and online presence.

An ancient bird called a phoenix is associated with Greek mythology that cyclically regenerates or otherwise–it is born again. It obtains new life by arising from the ashes of its predecessor.

ABS-CBN is like a phoenix. It came practically from the ruins of its former glory, and now, as it gradually emerges once again, it rises again, in a stunning fighting form, ready to dominate new territories other than the free television it previously lorded.

Has ABS-CBN finally bounced back from its devastating tragedy? Its trajectory since the shutdown provides screaming proof that it’s getting there.

NOTE: This is an update of the original article posted in May 2021.