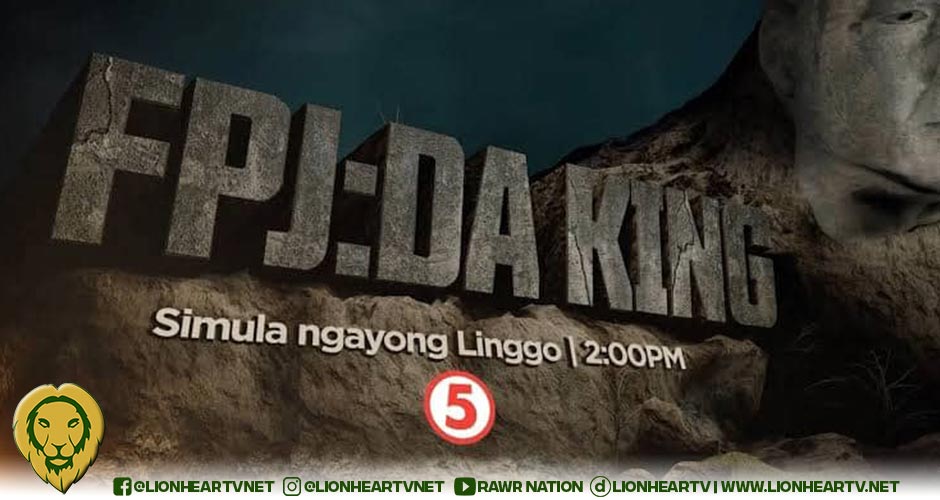 The legacy of the King of Philippine Cinema, Fernando Poe Jr., lives on with his films that remain a spectacle to Filipino television viewers, even today. ABS-CBN’s movie block, FPJ:Da King, which features restored versions of the legendary movie star’s films, is currently one of the top-rated movie blocks in the country, despite its limited free TV coverage.

On May 8, Sunday, the Kapamilya movie block, nearly entered the Top 5 most-watched shows, by pulling off an impressive 4.3 people rating, according to AGB Nielsen’s National Urban TV Measurement (NUTAM) data. Featuring the classic FPJ film, Mabuting Kaibigan, Masamang Kaaway, FPJ: Da King, reigned supreme among all Kapamilya shows. It also rated higher than the GMA network’s flagship Sunday noontime show, All Out Sundays, which was displaced to the 8th spot. The Kapamilya movie block is tied with GMA Network’s Amazing Earth, at the 6th-7th spot.

FPJ: Da King, notably started airing on TV5, on January 24, 2021, but ended its run on the network, seven months later. The program returned to Kapatid Network on March 27, 2022. It currently airs on free TV via A2Z Channel 11 and TV5.

Other than the Kapamilya movie block, five more Kapamilya shows took a spot in the Top 30 last Sunday. ABS-CBN’s Sunday musical variety show, ASAP Natin ‘To, managed to score a 2.4% people rating, which is enough to give the show a spot in the Top 20. Tagalog newscast, TV Patrol Weekend rated 1.7%, which makes it the second most-watched newscast, after GMA Network’s 24 Oras.