On April 29, Kapamilya loveteam KD Estrada and Alexa Ilacad addressed the reactions to their public display of affection at the media conference for the launch of Slay Magazine. 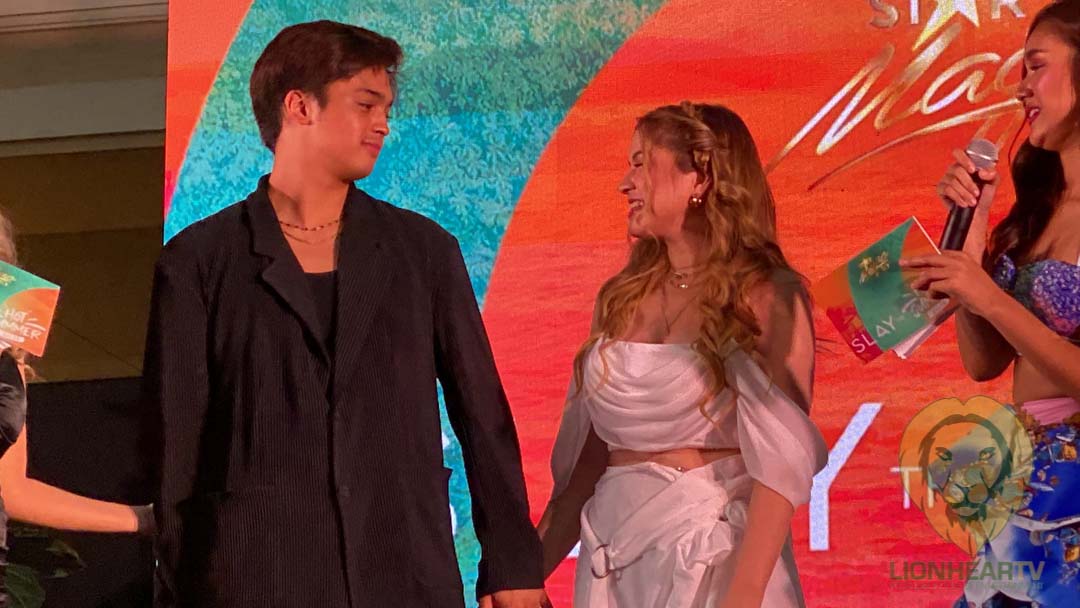 Estrada acknowledged that there are some truths behind their PDAs. However, he clarified that he and Ilacad are only showing an okay amount of affection.

“PDA? I mean, I know, in a way, it’s true. Ang sa akin lang naman, I apologize if that makes them feel uncomfortable. Pero, me, and Alexa, we’re comfortable naman with it. And it’s not to the point naman na ‘yung sobrang PDA. I think it’s just an okay amount.”

Ilacad highlighted the comfortability with each other, referencing her and Estrada’s stint at the Pinoy Big Brother House.

“And for me, I guess we’re really comfortable being ourselves because we came from a reality show, na we’re just like that as well. So tuloy lang naman, nothing changed.”

As for being in a relationship, Ilacad explained that they enjoy spending time together.

Ilacad further disclosed although they don’t have a label, both have clear boundaries when showing their affections.

“We just spend every day giving each other care and whatever–appreciation even without a label. But we have naman clear boundaries.”