Kristine Hermosa surprised some netizens after coming out as Marcos Jr.’s supporter after the May 9 elections. 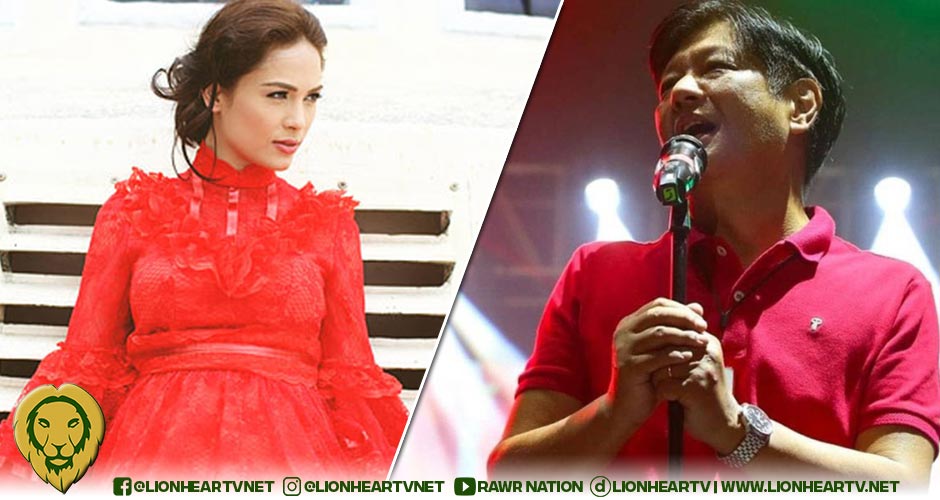 On Wednesday, May 11, Hermosa changed her profile picture to a red tile with Marcos Jr’s picture.

Marcos Jr supporters initiated the campaign following his apparent win based on the unofficial partial tally of the Commission on Elections, where he is leading by a huge margin.

Not Kristine Hermosa getting out of the closet as an apologist. What happened to "batas ng isang api"? 🤮🤮 pic.twitter.com/a3QkflSdzH

Many have thought that she would vote for the Lacson-Sotto tandem, which was endorsed by her father-in-law Vic Sotto.

Aside from Kristine, other netizens came out as Marcos Jr supporters when they already knew about his presumptive win.

These were individuals who were not vocal during the campaign period, with others even saying they were apolitical.

But when the results came in, they were the first to gloat about the victory of their chosen candidate.

Let me educate you 🙂 pic.twitter.com/ONZFlZPyu6

Some thought that Kristine and the others’ move to come out belatedly was due to fear of netizens’ repercussions, given the campaign season’s heightened tension.

Meanwhile, as of writing, Kristine hasn’t issued any comment or statement regarding her profile picture change.