realme, the PH’s no. 1 smartphone brand for 2021 is definitely no stranger to when it comes to bringing premium design and innovation to the entry-level segment. This time around, the brand has set its eyes on elevating its best-selling C Series with a brand new look and impressive all-around specs with the debut of the realme C35. 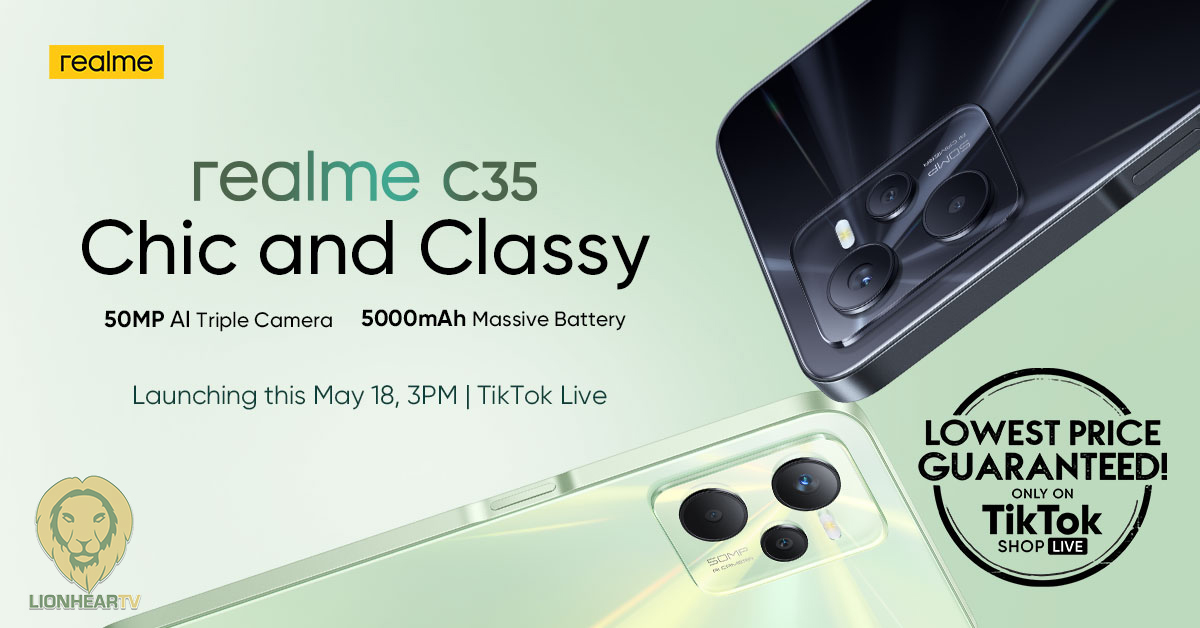 Launching in the Philippines on May 18, the realme C35 is designed to redefine the entry-level category. It offers a no-compromise experience from its premium exterior to its well-rounded performance features. It is equipped with a 6.6” FHD+ Large Display, a 50MP AI Triple Camera, a 5000mAh Battery with 18W Quick Charge, and a Unisoc T616 Processor, among many other notable features. These are packed in an 8.1mm Ultra Slim package with stunning looks that are sure to impress today’s youth.

“We at realme are committed to pushing the boundaries when it comes to product design and tech innovation even for our entry-level offerings. This is in line with our goal of providing the best smartphone experience while staying accessible and within reach for every Filipino. The stunning realme C35 is definitely a testament to this, and we are excited to usher in a new era for our best-selling C Series lineup,” shares Austine Huang, realme Philippines’ VP for Marketing.

Chic and classy with all-around reliability 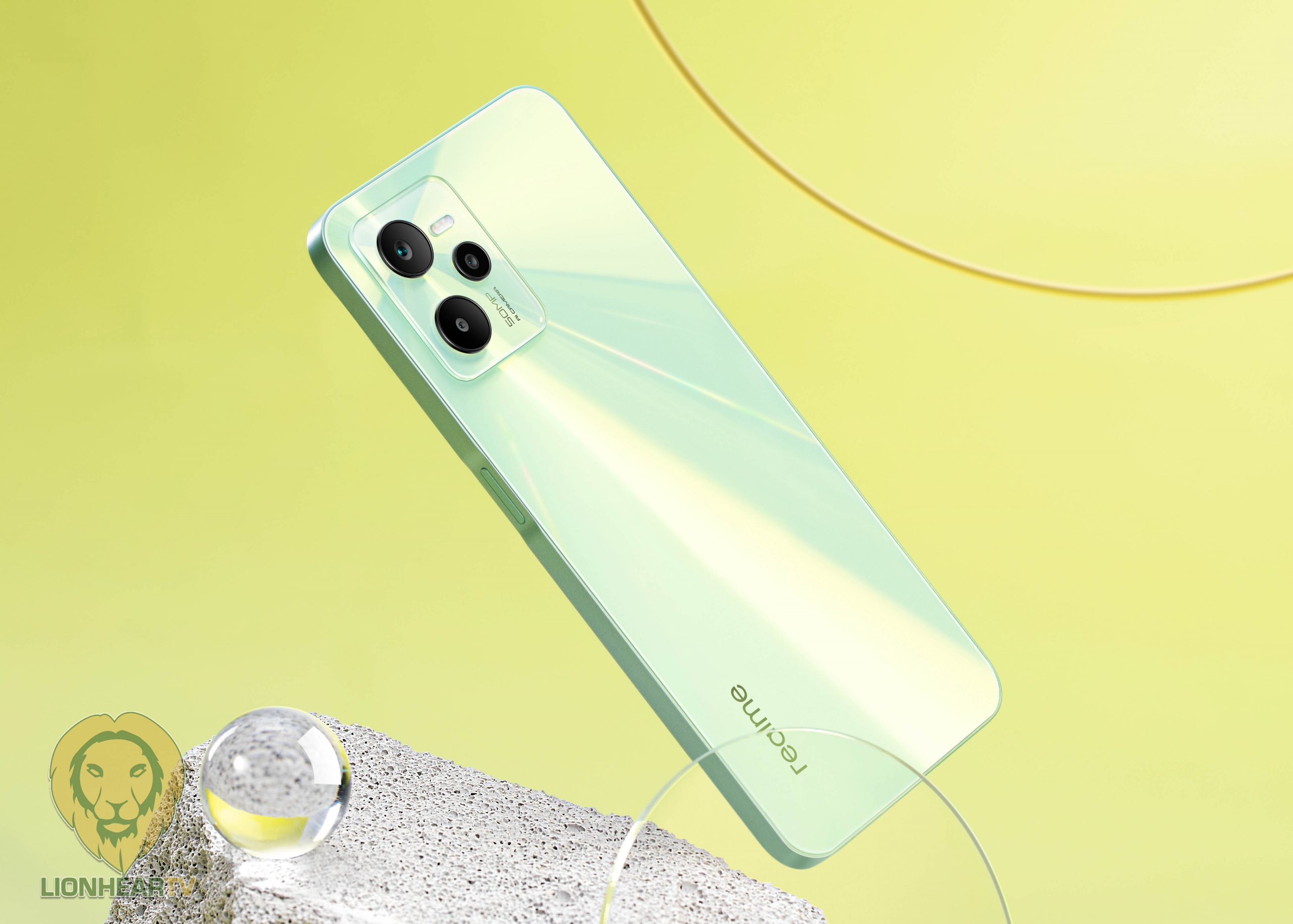 In terms of display, the realme C35 is also the first in the C Series to feature a 6.6” Full HD+ Large Display with a resolution of 2408×1080 pixels, unlike most smartphones in the same price segment. This guarantees a more colorful and immersive viewing experience for its users. In addition to this, the realme C35 maxes at up to 480 nits of brightness in normal lighting conditions, and up to 600 nits on auto under direct sunlight. It also has a touch-sampling rate of 180Hz for better touch responsiveness.

On top of these, the realme C35 is sure to catch everyone’s eyes with its Dynamic Glowing Design that gives off a glow when reflected on by light. It comes in two colorways: a classic Glowing Black, and a trendy Glowing Green. 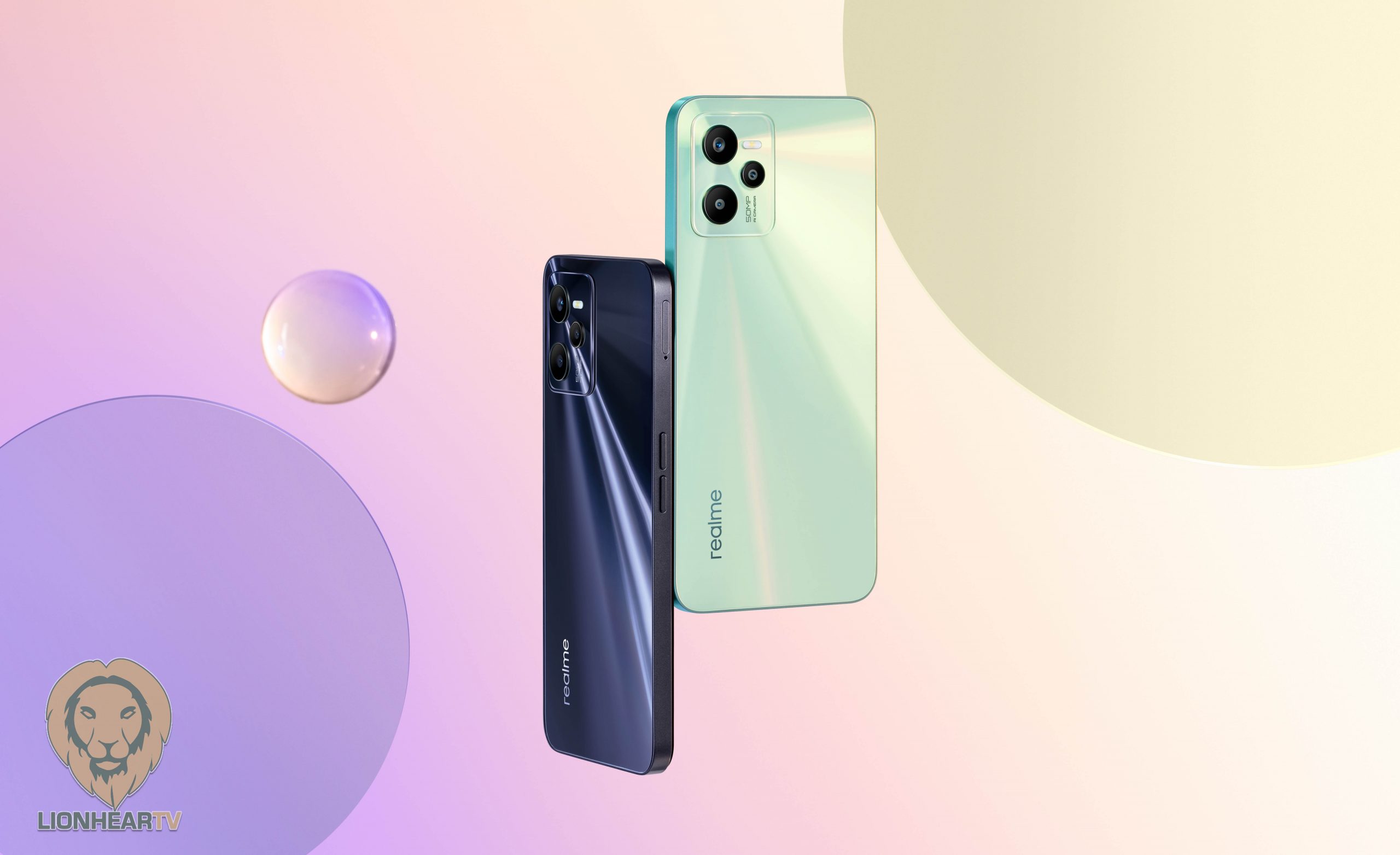 While the realme C35 is set to make waves with its stunning looks, there is surely more than meets the eye. The realme C35 comes with a 5000mAh Battery with 18W Quick Charge making the phone last for 39 days on standby and can charge from 0% to 100% much quicker than most smartphones in its price range. The realme C35 is also backed by a Unisoc T616 Processor, a powerful and efficient 12nm octa-core processor that houses two Cortex-A75, six Cortex-A55 cores and a Mali G57 GPU that allows for easier processing and seamless transition between tasks.

Other features of the realme C35 include a 50MP AI Triple Camera, an 8MP Sony IMX355 Selfie Camera, a side fingerprint sensor, and expandability of up to 256GB via micro-SD card. Lastly, the realme C35 is TÜV Rheinland Smartphone High Reliability Certified guaranteeing overall durability as it withstood rigorous quality tests to give users the best experience.

The realme C35 4GB+64GB is set to launch in the Philippines on May 18. This stylish entry-level powerhouse will be making its debut via @realmePH on TikTok Shop Philippines, and the realme Squad can look forward to availing the lowest price guaranteed from 3pm to 8pm only!