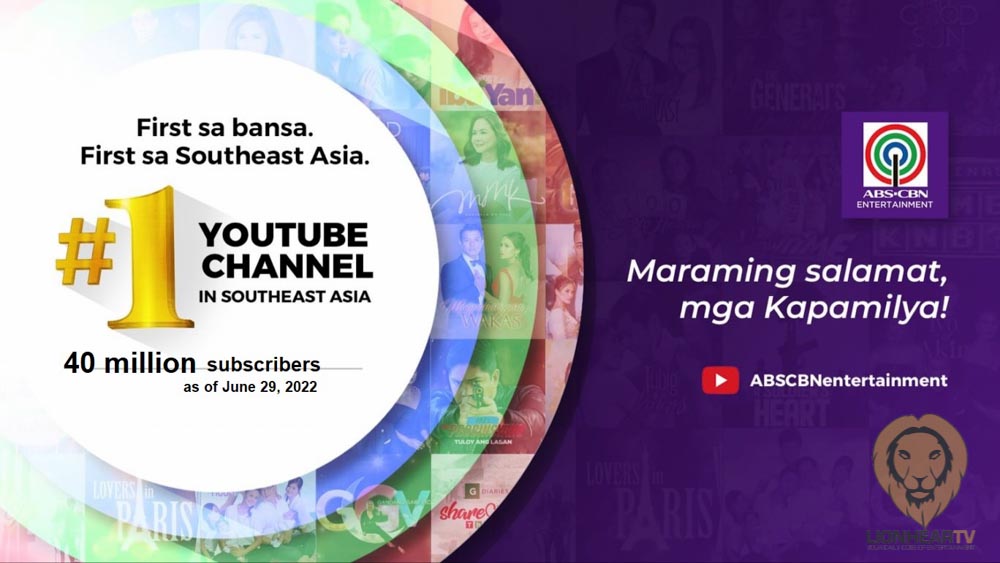 Just two months since it earned its 39 millionth subscriber, ABS-CBN created yet another major milestone in the digital realm. According to the social media engine and analytic tool, SocialBlade, ABS-CBN Entertainment is currently the 61st most subscribed channel on YouTube. It is the most subscribed YouTube account in the country and in South East Asia, ahead of the official accounts of major Southeast Asian media entities, Workpoint and One 31.

Today, June 29, ABS-CBN Entertainment officially breached 40 million subscribers, making it the first in the region to achieve the milestone.

For lifetime views–ABS-CBN Entertainment also bested other Filipino channels on the platform.