On May 30, Kapamilya star Andrea Brillantes’s video went viral, where she got engaged in a conversation with her basketball player-boyfriend Ricci Rivero in a baby talk manner. 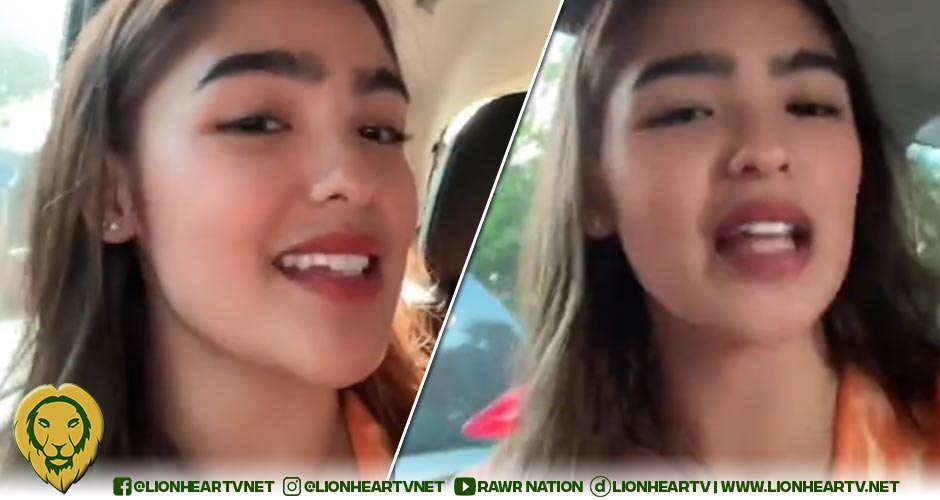 The two with their friends were buying something, and Brillantes baby talked to the store clerk.

This video gained mixed reactions on social media, wherein some netizens defended the young star while others chided her.

One netizen called out netizens who were bullying the actress.

Others questioned why those netizens get to nitpick or make her a target because of that baby talk.

just found out na that clip of Andrea brillantes with other ppl was circling around because people are making fun of her kasi nag baby talk siya??

At this point, why do people nitpick everything about Andrea Brillantes, including her “baby talk”?

Like if we really want women to talk about women empowerment, we wouldn’t want to nitpick and do this to another woman, right? 🙂 It reeks internal misogyny, and I’m sick of it.

idk but why are you all getting annoyed at andrea brillantes' baby talk???? edi wag niyo panoorin??? LET THE GIRL BREATHE!

One netizen cited the psychoanalysis of why the actress is acting as such. It’s because Brillantes started working when she was still a kid and never had a normal life growing up.

So it makes sense why Andrea Brillantes do baby talk. She didn’t had a normal childhood because she started as a child actor. https://t.co/rac4GWq5h8

A netizen called out those who chided Andrea for their insecurities and inferiority complex.

naur bc imagine being so bothered by a 19 year old's high pitched / baby talk voice ??? man, those filos really are so uneducated and low like are ya'll really that insecure and inferior to ms andrea brillantes 😭 https://t.co/ihZeFBJ9A5

On the other hand, a netizen expressed feeling bothered over the star’s baby talk, noting that the Kapamilya actress seemed drunk.

Personally, I find the video where Andrea Brillantes was doing baby talk very bothersome. First, she sounded drunk. Second, she also had men around her and I do jot believe that men can be trusted. Lastly, everyone else is sexualizing her bc of that.

Some also expressed their ire against Brillantes, describing the video as cringe-worthy.

Back then, Brillantes recalled her experience of getting bullied at a young age on social media.

Brillantes started her career as a young artist under the Kapamilya Network. She appeared in Goin Bulilit, Budoy, and Nandito Ako.

She also starred in a series in 2013 as a lead star in Annaliza. Then she was part of a Piolo Pascual-starrer series in 2014 via Hawak Kamay, She then donned her popular role of Marga in the Kapamilya series, Kadenang Ginto in 2018.