Since the ABS-CBN network continues to flourish as a digital content provider along with its partnerships with A2Z Channel, TV5, and GMA, the network is set to offer fresh and exciting shows for its viewers. 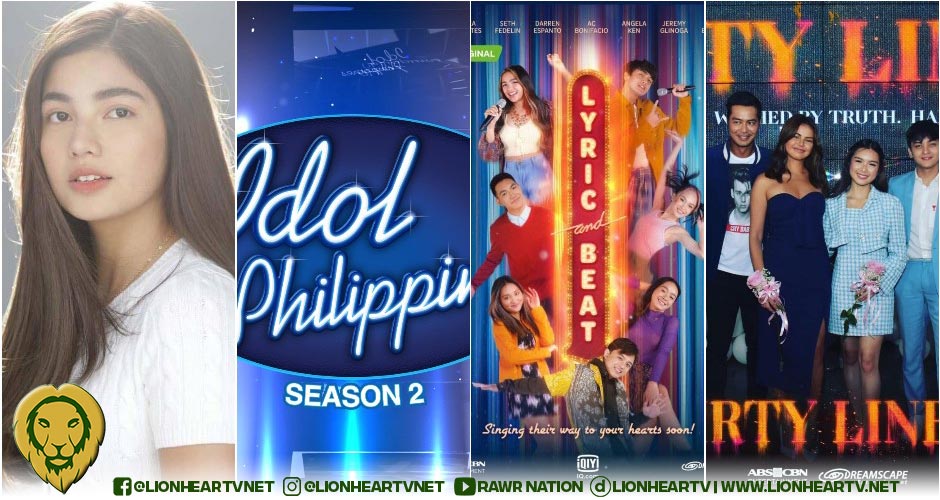 The following are some Kapamilya shows that viewers can get hooked on.

After being delayed several times, Jane de Leon’s Darna series will finally push through as the ABS-CBN network released its official teaser on May 16.

The story is set at the fictional Philippine National Conservatory of Music, where students battle against each other for the chance to represent their school in the prestigious National Music Competition.

The teaser was released in November 2021. The series will finally push through this year.

In February 2022, Kyle Echarri was announced to join the series cast.

Dreamscape Entertainment officially introduced the tandem through a tweet in May 2022.

While most of the show’s details are still under wraps, its tagline gives the fans a glimpse of the series: “Stained by lies. Washed by truth. Handle with care.”

Aside from FranSeth, the series will also star Janine Gutierrez and Zanjoe Marudo.

This reality talent show is set to come back for its second season with returning Idol judges Asia’s Songbird Regine Velasquez-Alcasid and Moira dela Torre.

The season 1 judges include Vice Ganda and James Reid. Reportedly, Sarah Geronimo will be a judge for season 2, but since the singer is still on her indefinite leave from showbiz.

Rumors said that Vice Ganda backed out as a judge in season 2 because Sarah would not be a part of the show.

The series premiered on May 30, and viewers can catch it from Monday to Friday on all the ABS-CBN platforms at 10 p.m.

The pilot episode introduced viewers to the competitive workaholic Jane (Loisa) and the charming leader of a boyband named Edward (Ronnie). The two crossed paths for the first time – in an unpleasant manner – as Jane walked out on Edward after he protected her from harassment.

The pilot episode thrilled the audience as the hashtag #L40DFirstDay trended on Twitter Philippines.

This digital series stars the breakout love team Alexa Ilacad and KD Estrada. The two will form a deep connection as they get entangled in a kidnapping incident gone wrong.

The series premiered on Kumu on May 20 and is also available on iWantTFC for free.

This upcoming series will top-bill Ivana Alawi and Gerald Anderson along with Sam Milby, Jake Ejercito, and Jameson Blake.

The ABS-CBN network released the official teaser on May 26, which has already garnered more than 200 thousand views on YouTube.Jerome Pobocan and Raymund Ocampo direct the series. It will be broadcast on Kapamilya Channel, Kapamilya Online Live, A2Z, TV5, and iWantTFC.

The show reached an 8% rating in its pilot episode, securing the 6th spot on the AGB Nielsen rating chart.

The series marked KathNiel’s return to teleserye after about two years. Their last series was The House Arrest of Us in 2020.

This series will star Lovi Poe along with Piolo Pascual. The series is a Philippine adaptation of the hit Korean drama of the same title.

The show also stars Agot Isidro, Edu Manzano, Denise Laurel, Joross Gamboa, Joem Bascon, Epy Quizon, Rita Avila, Jett Pangan, Pinky Amador, Joko Diaz, and JC de Vera.It follows the story of a man who successfully changes his identity to hide his scandalous past. He then marries a police detective, who will later be tasked with investigating an unsolved serial murder case that will lead her back to him.

The mentioned Kapamilya series are only some of the many shows the ABS-CBN network will offer its viewers.