Dimples Romana got overwhelmed by Angel Locsin and Bea Alonzo’s love. The former considered the two as blessings in her life. 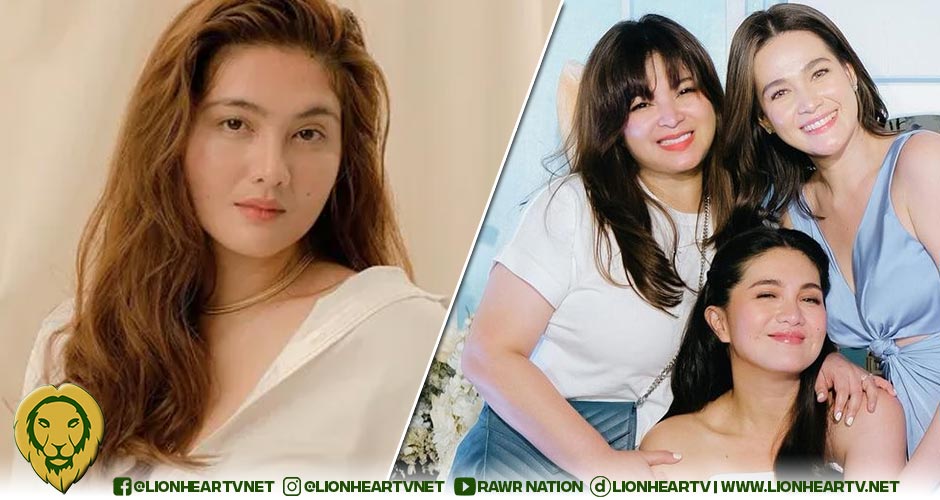 Dimples Romana got overwhelmed by Angel Locsin and Bea Alonzo’s love. The former considered the two as blessings in her life.

On June 14, Romana got launched as Generika Drugstore’s newest ambassador.

Romana admitted she was thankful for her Generika family, saying she does not accept endorsements that are not aligned with her values.

“Sa totoo lang, I was just telling my Generika family kanina na, sabi ko, ang sarap pakinggan ng salitang ginhawa. Like when you say it, it means something deeper, more than just somehow pinagagaan lang. No, it’s not that. It’s really more na tuloy-tuloy na pag-aaruga at pag-aalaga,” she stated.

On June 8, via Instagram, Romana shared how Alonzo and Locsin had thrown a baby shower for her.

“What I thought was a brand shoot turned out to be one of the most beautiful surprises ever to happen in my life. My friends truly are the biggest stars in the universe, not just because they are famous and respected in what they do, but ultimately because they know how to share their light.”

Romana admitted she was grateful to have genuine friends who would take the time to celebrate her milestones with her.

“I was never the one to ask for anything special. A genuine friendship that I can rely on in times of loneliness and defeat would be more than enough for me. But somehow, the heavens decided to give me more than what I deserve.”

On June 15, Romana shared her gratitude toward Alonzo and Locsin.